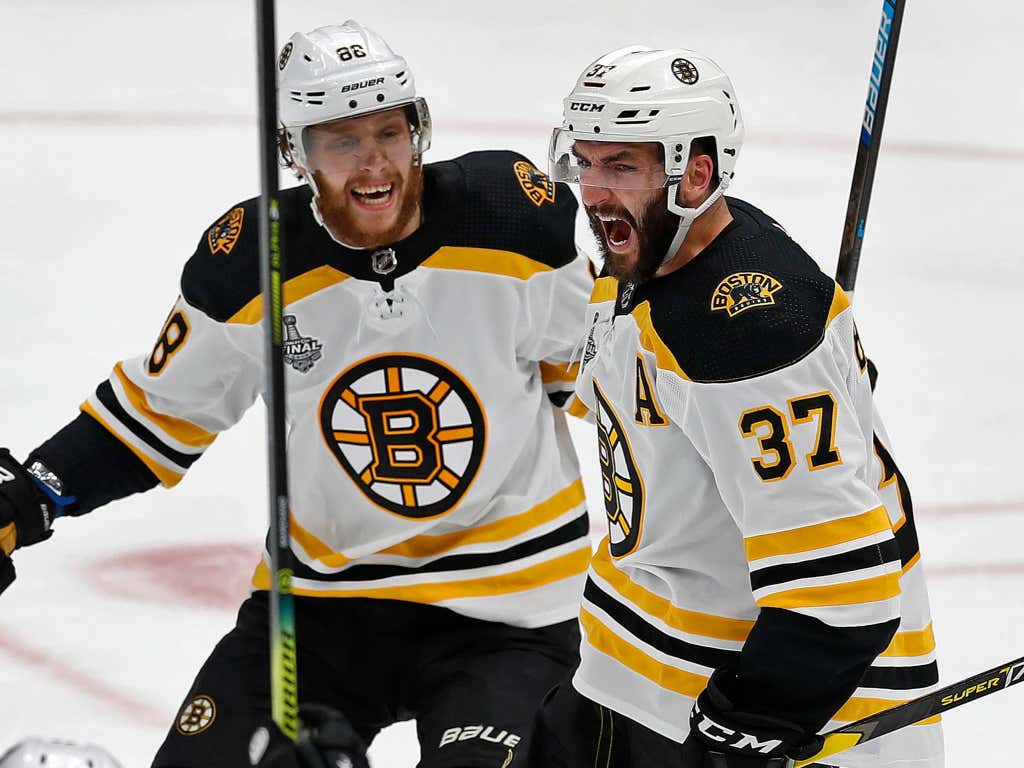 The Bruins absolutely shitpumped the Blues in St. Louis, taking Game 3 by a score of 7-2. (Shout out Ryan Whitney). But the PP is where they were absolutely lethal, putting on a clinic.. 4 power plays, 4 shots, 4 goals.

The Bruins came out firing on all cylinders after weathering the St. Louis Blues’ storm early in the first. B’s tacked on 3 goals, a power play goal from Patrice Bergeron, a snipe from Charlie Coyle and a wicked wrister from Sean Kuraly.

Schenn tried to bundle Pastrnak and got the worst of it.

With David Perron in the box for interference, Patrice Bergeron scored his first goal of the series on the PP. 1-0 Bruins. One hell of a redirect.

On an odd man rush Marcus Johansson threaded a pass cross ice to Charlie Coyle who sniped his 8th goal of the postseason past Jordan Binnington. 2-0 Bruins.

With 10 seconds left in the first, Sean Kuraly wired a wrister five-hole and just like that it was 3-0 after 1. The Blues challenged this goal for offsides but it was determined the Blues player brought the puck into the zone, not Nordstrom. B’s started the 2nd period on the PP.

On the ensuing PP David Pastrnak coralled a pass from Torey Krug and backhanded one to make it 4-0. Hands team.

11 minutes into the 2nd Ivan Barbashev pulled the Blues within 3 with a double redirect off Charlie McAvoy. Tough bounce. 4-1 Bruins.

Torey Krug would get the four goal lead right back. Colton Parayko caught Brad Marchand with a high stick and Krug tacked on yet another PPG. 5-1 Bruins. Jordan Binnington’s night would be over after that.

A soft call on Zdeno Chara in the 3rd (roughing aka finishing his check) led to a Colton Parayko PPG. Once again redirected a few times and in past Tuukka Rask. 5-2 Bruins.

With the goalie pulled Charlie McAvoy took an Alex Pietrangelo shot right to the inside of his knee. Went straight down the tunnel, no word on his condition but fingers crossed he’s okay.

– David Backes got lit up by Sammy Blais early in the first. Backes got Blais in Game 2. Something to keep an eye on. As the series goes on.

– The Bruins top line knew they needed to be better after a subpar first two games and boy did they show up. Three point night for Patrice Bergeron (PPG, 2A). David Pastrnak with a PPG.

– Not surprising he didn’t play the final 7 minutes, Bergy’s definitely battling through something, took a maintenance day on Friday.

– Torey Krug had FOUR POINTS. All four on the PP. Have a fucking game Torey.

– A lot of turnovers late in the 2nd from the Bruins. Charlie McAvoy and Jake DeBrusk with two brutal ones, but Tuukka Rask and co. came up big to keep it a four goal game.

– Sean fucking Kuraly continuing to show up in big games, love to see it.

– Jordan Binnington was pulled after Torey Krug’s PPG late in the 2nd. 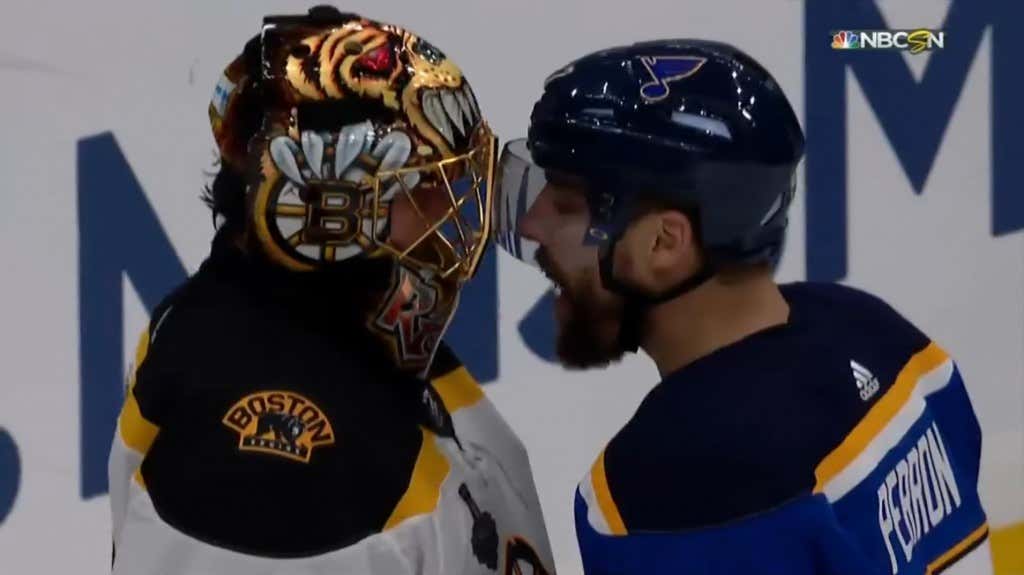 - Tuukka Rask made some key saves early in the first, one notably on Tarasenko. Went eye to eye with David Perron. All goals that beat Tuukka were redirects. Tuuks finished the night with 29 saves.

– Zach Sanford was in for Oskar Sundqvist who was suspended for his hit on Gryz. Sundqvist will be back for the Blues on Monday.

It was a great night to win a hockey game. 2 more.