So unless you were living under a rock last night, you know that the hottest topic in America right now is quarterbacks chugging beer. First, we had Aaron Rodgers put on what was quite possibly the most embarrassing performance in modern beer drinking history. Exhibit A:

Then we had what was just an absolutely ruthless response video from Matthew Stafford, who as Nate said, put Aaron Rodgers on a poster. Exhibit B:

And of course, the Boston guys can’t go two seconds without making the conversation about themselves, so we had the old clip resurface of Tom Brady chugging a beer on The Late Show. Exhibit C:

It was an exciting time to be alive last night as all of this was unfolding. I kept secretly hoping that Baker Mayfield, MY quarterback, was going to surface on the internet stone colding a couple beers back in college. You thought Tom Brady drank quick? Baker Mayfield could drink a case before Brady finished a tall boy. And that got me to thinking: Which NFL Quarterback Would Chug a Beer The Fastest? Let’s discuss the top 5. 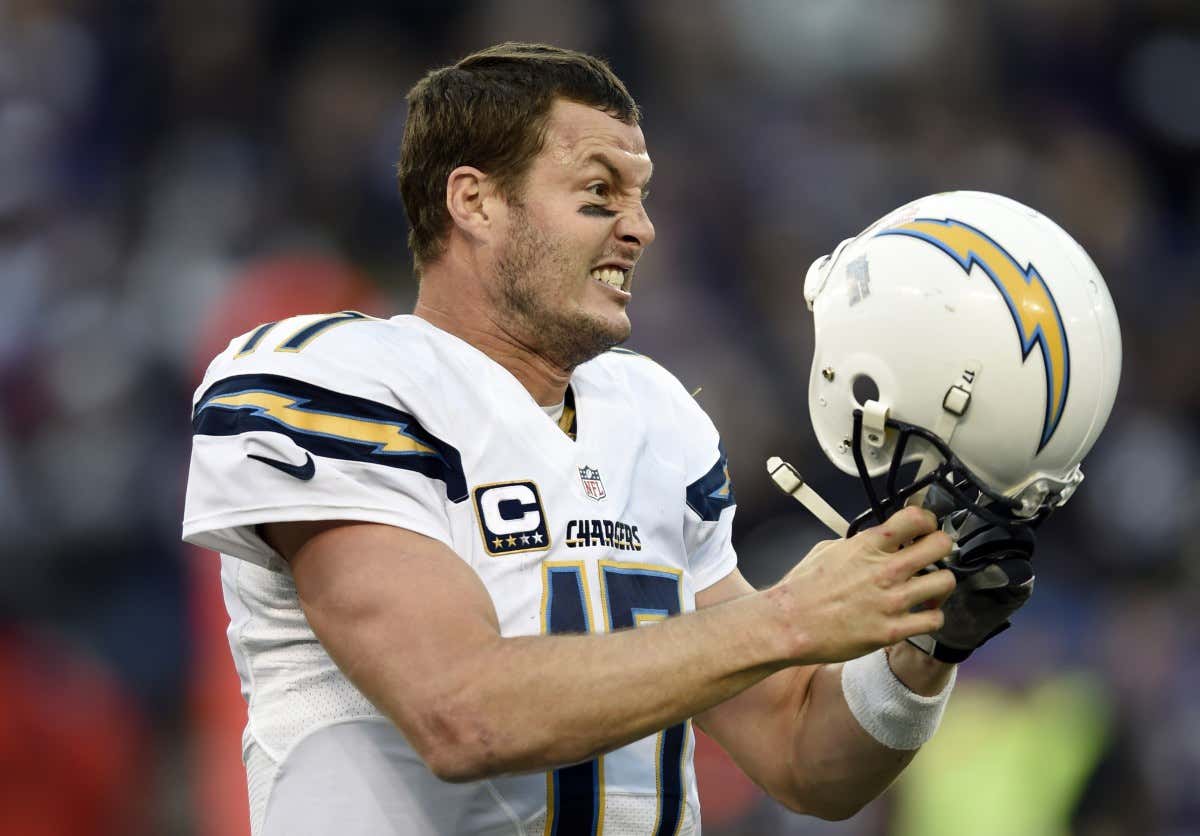 Not only is Phillip Rivers six-foot-five, which usually correlates to a man’s beer chugging ability, he is also the father of 9 children. Having 1 kid would be enough to make me drink. Having 9 children would make me want to kill myself. Phillip is still alive, but I’d imagine he goes through at least a case throughout the week, and then usually two cases on the weekends. Could you imagine a family dinner with 9 kids AND a wife?? Forget the beer. Phillip Rivers probably drinks straight whiskey. 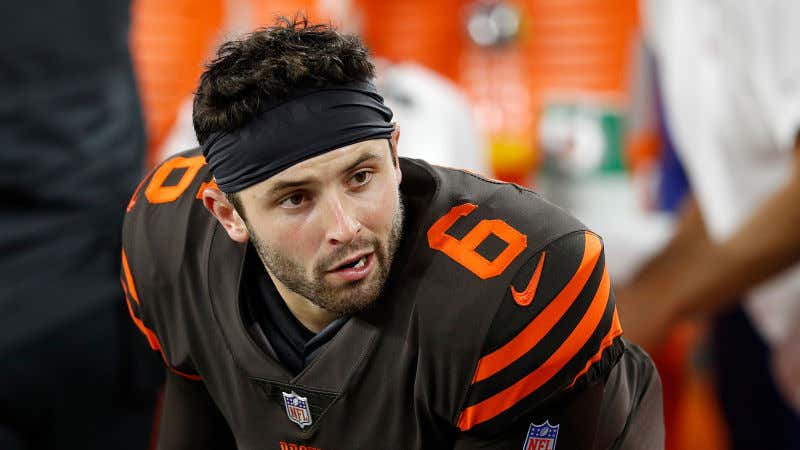 I’d put him #1 but you all would whine and complain that I’m being a homer. I’m being so unbiased that it’s unfair to Baker. But the fact of the matter is that Baker Mayfield can chug. No doubt about it. I don’t care if it’s Bud Light, Gatorade, vodka, or whiskey. The man can chug. Just look at the way he puts down this water on the sideline.

One gulp. That’s my quarterback. 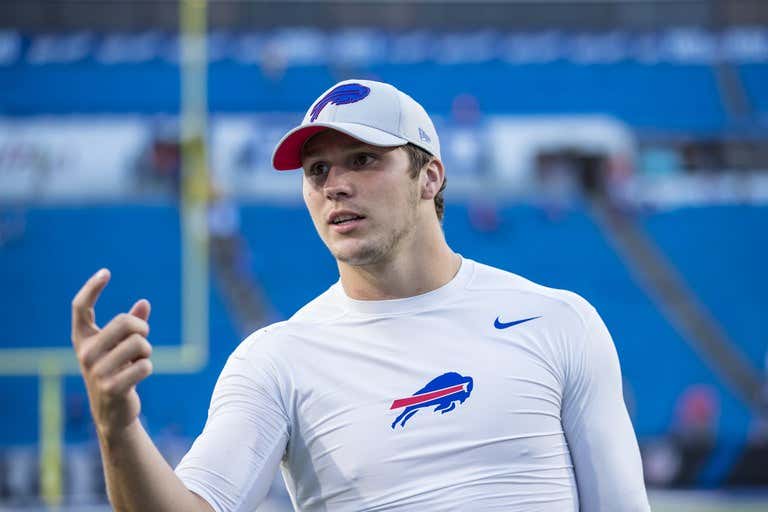 If Josh Allen couldn’t chug, he wouldn’t be the starting quarterback in Buffalo. It’s that easy. Bills Mafia would run him out of town if he was as big of a pansy as Aaron Rodgers. Plus, did you guys know that Josh Allen is tall? Throw in the fact that his hands are a whopping 10 and 1/4 inches and it’s like he’s the prototypical beer drinker. Here is a picture of Josh Allen holding a Bud Light. 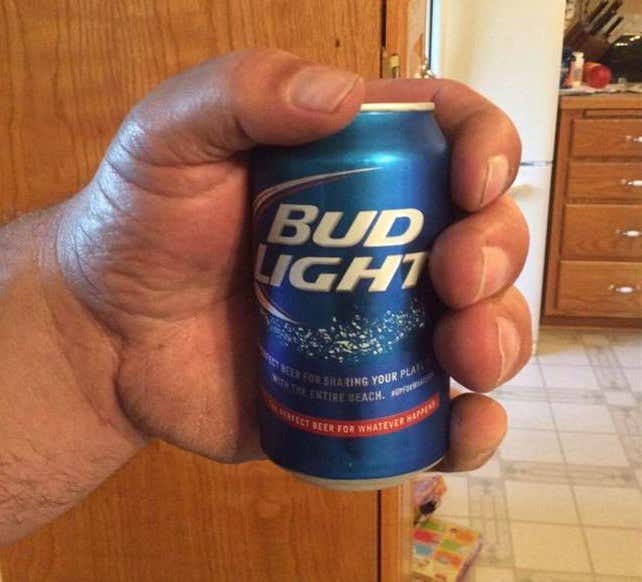 Unbelievable. But regardless of his measurables, I still need to see him in action before moving him into the top spot. Lots of people look like great beer chuggers in shorts. 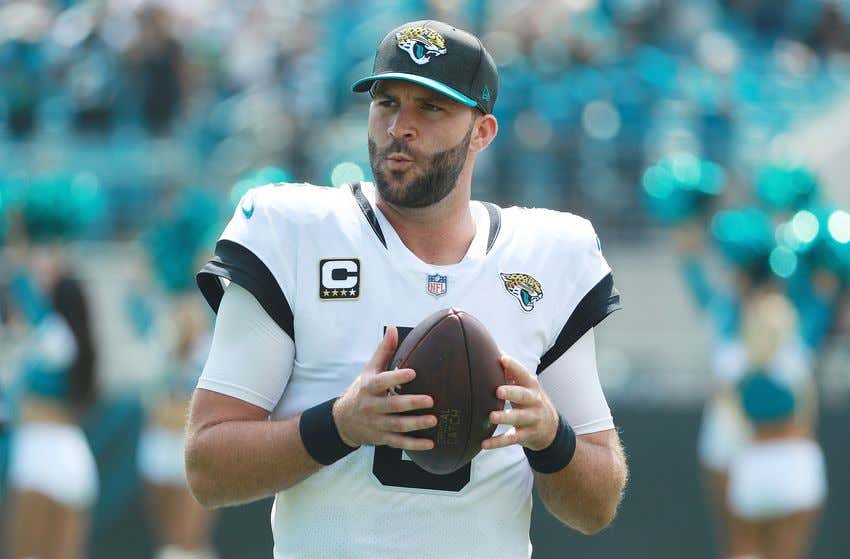 Blake Bortles once said that he would spend his last $50 on beer and tacos. And he’s also on record as saying that the first purchase he made after signing his NFL contract was pizza and Bud Light. That’s all you need to know about this guy. Whether he’s rich or he’s poor, he’s drinking beer. And everyone knows it, too. Remember the time that kid just showed up to his house to give him a beer? He’s a man of the people. And I’m sure it’s not just beer drinking that he excels at. I figure Blake Bortles is a renaissance man of cool activities. Drinking, dipping, hunting, vaping. He probably does it all. He’s just a cool dude that happens to be really, really, really good at football. 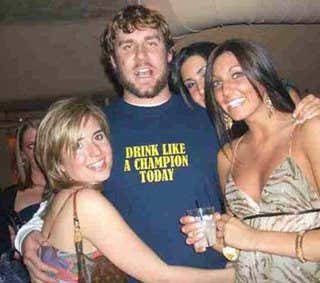 Do you see this man’s shirt? You do not wear that shirt unless you drink like a champion. That’d be what we in the industry call false advertising, and that is illegal. And aside from that one incident, Ben Roethlisberger has lived a pretty legal life. But anyways, Big Ben is six-foot-five and 241 pounds. God couldn’t have whipped up a better beer drinking body. And throw in the fact that he’s from a small town in Ohio and you’ve got to figure that he spends 36 weekends out of the year sitting around a bonfire drinking Busch Light, the other 16 weeks being when he was to “work”. Quarterbacks are usually thought of to be softer than the rest of the positions in the NFL, but Ben Roethlisberger is one of the few QBs in history that could hold his own at an Offensive Line kegger.