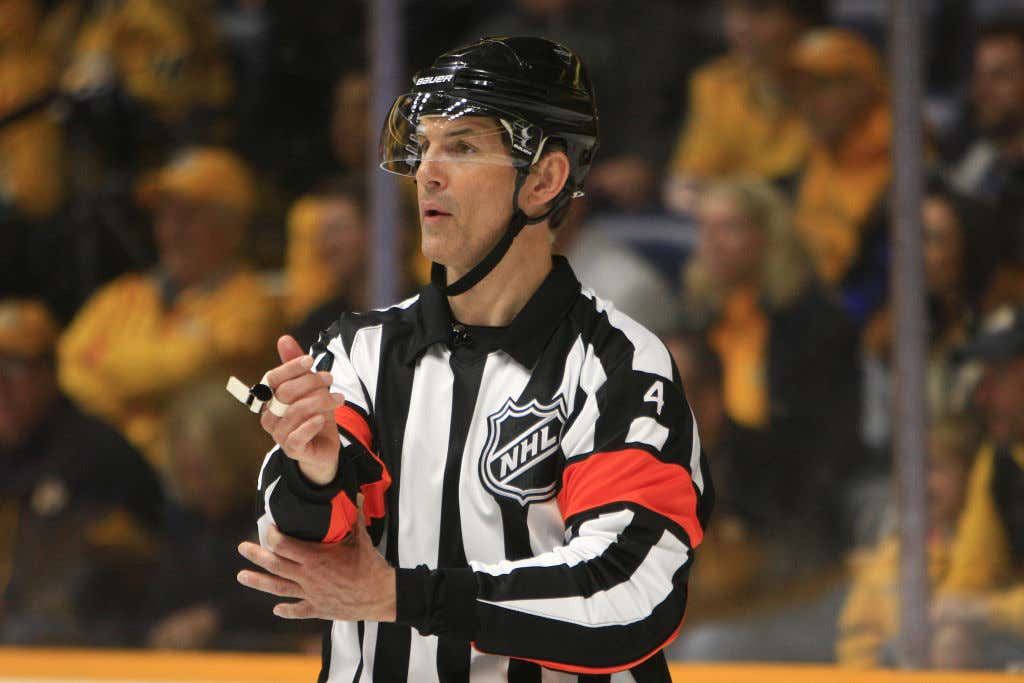 It’s the Stanley Cup Final. Everybody is playing through some sort of injury at this point. There’s not a single guy on that ice who is operating at 100%. And that goes for the refs as well.

Wes McCauley is probably one of the only NHL refs you know by name. It’s him and Tim Peel. People know Tim Peel’s name because he fucking sucks at his job and he’s sucked at it for ages. People know Wes McCauley’s name mostly for his dramatic review calls.

Now it’s pretty much common knowledge at this point that this year’s Stanley Cup Final is the goddamn worst matchup imaginable. Either Boston is going to win another championship or the Blues, one of the very few teams in the NHL whose Stanley Cup drought is longer than the Flyers’, is going to get their greasy paws on the Cup. Regardless of who wins this series, it is going to suck. So the only way to make this series watchable is for some entertainment on the side. Which is exactly what Wes McCauley brings to the table. The only issue, however, is that Wes took a little tumble in game 6 of the Western Conference Finals.

An MLB ump? He’s on the DL for at least 6-8 weeks after a fall like that. An NBA ref? Probably sits out at least the next year and a half. A soccer ref? Woah baby don’t even get me started. A soccer ref would probably just call it a career at that point.

After further review…the call on the ice…is pretty frickin’ gritty. Wes McCauley ain’t no bitch. As long as his legs are attached to his body, he’s going to lace up those skates and he’s going to call a damn hockey game.

Again, that’s just what hockey players are all about. They’re a bunch of warriors out there who aren’t going to let anything other than death stop them from getting out there on the ice. And even death would have a pretty hard time getting a hockey player to miss a shift. Wes McCauley is one of us. Gooble gobble, one of us.