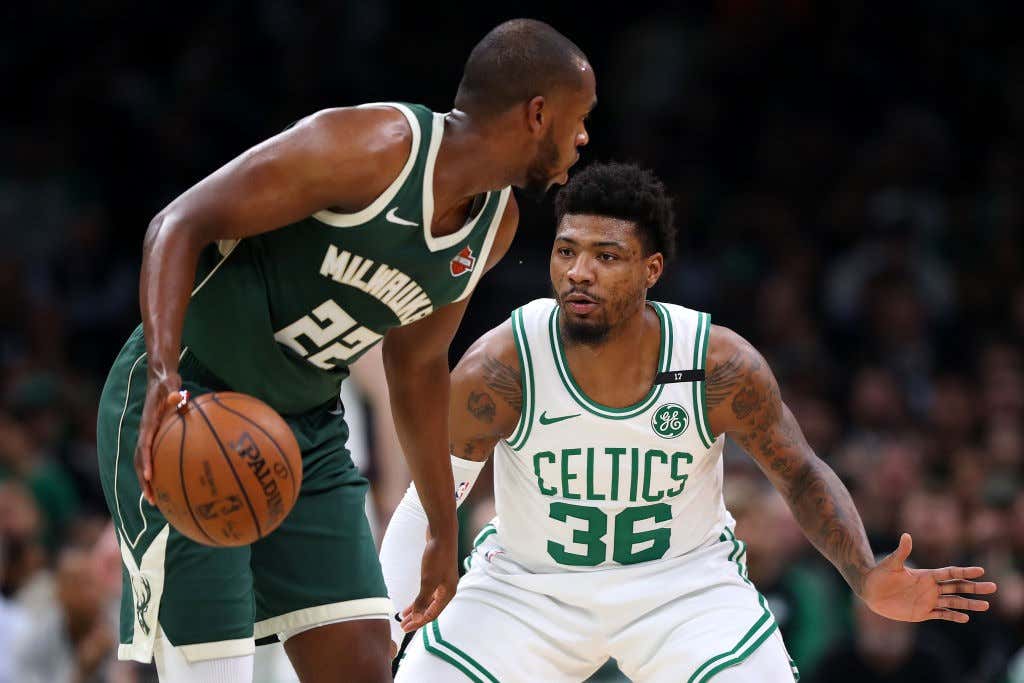 I’ll be honest, myself and fellow Celtics fans needed this win in a huge way. I was ready to riot if Marcus Smart didn’t end up on one of these All NBA Defensive teams and when I first saw the tweet on my timeline I read it so fast I missed it at first and was ready to rage. After the disaster of a season that we all just lived through, I’ll take any sort of positive achievement at this point. Is it a drastic drop in expectations to go from being excited about a team good enough to make the Finals to ultimately the only thing worth getting excited over is the fact that Smart finally got recognized as one of the best defensive players in the league? Sure is but ask me if I give a shit. Anyone who watches Smart knows he’s always been All Defensive Team worthy whether it was 1st or 2nd team, and each and every year he always ended up getting snubbed. Well there was absolutely no way he wasn’t going to make it this season because he put up one of the most dominant defensive performances by a guard in the entire league. See for yourself

– #3 in total steals among all players

– #4 in blocks among point guards

Not a terrible resume. The fact that he can legit guard all five positions at a high level, has been much better at controlling his flopping, and is someone you hear other elite players praise when it comes to talking about the toughest defenders in the league, this was a long time coming. It doesn’t change the dogshit season that was the 2018-19 Boston Celtics, but it is a nice little distraction. Finally one of the league’s biggest injustices has been corrected and something tells me this is not going to be the last All NBA Defensive team we see Smart make.

Now, to the highlights