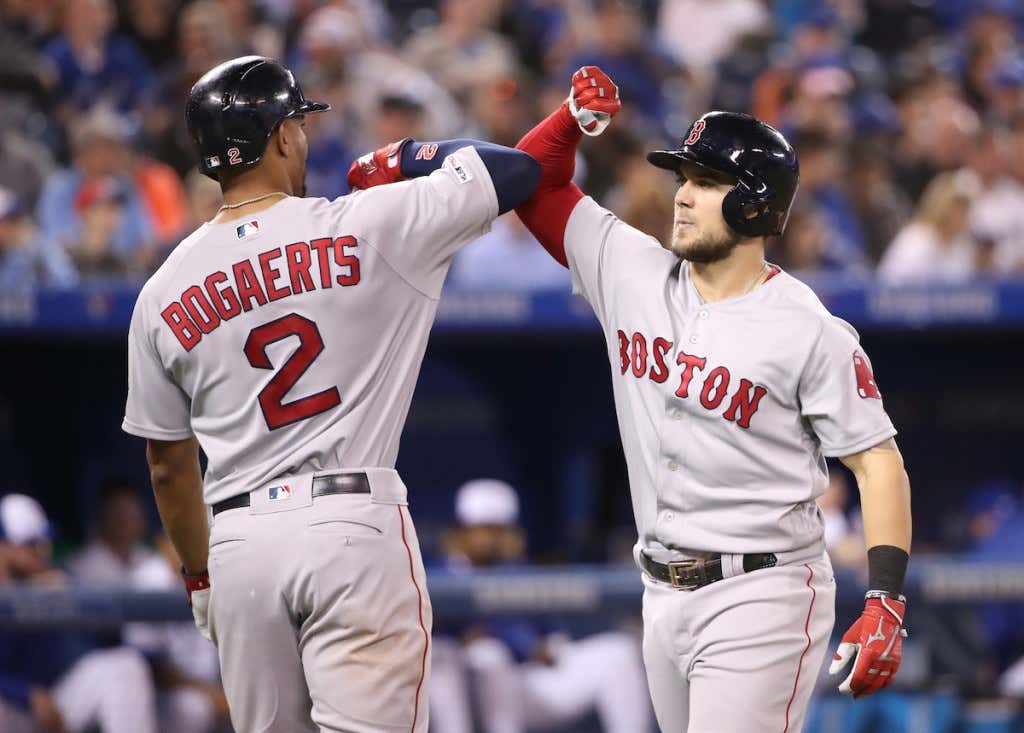 David Price returned to the Red Sox rotation on Monday in Toronto, which was dope. But the Red Sox scored six thousand runs and I was honestly pretty excited about that as well.

Price hadn’t pitched since May 2, hitting the injured list with elbow tendinitis in his pitching elbow, but I didn’t happen to notice any rust. The velocity started off low but crept up to 95 MPH when he needed it. What I was more looking at was the control, and Price didn’t walk a single batter over his five innings of work in which he allowed just three hits, so that’s all I really needed to see.

The lone damage on the day was a two-run homer to Luke Maile in the second. Side note — I remember writing a blog about Maile last year, spoiling a great start by Chris Sale, and referring to him as “some bum” in the title. I want to retract that. That was mean.

The Red Sox scored early and often, plating six runs by the end of the third thanks to RBI base knocks by Rafael Devers and Xander Bogaerts, and another BOMB by Michael Chavis, his ninth. Chavis, by the way, is tied with JD Martinez for the second most homers on the Red Sox, three behind Mitch Moreland for the team lead, and he didn’t play his first game until April 20.

Don’t panic, but Jackie Bradley Jr. also homered in this one. I know. We recorded Section 10 this morning and looked up the numbers. Hand up — I didn’t realize it had gotten this bad. Bradley came into play on Monday with the lowest batting average and OPS of any qualifying player in Major League Baseball. It’s not pretty. But launching a dinger ain’t a bad place to start, although that was his only hit on the day. Pulling for him.

In the ninth inning, the Red Sox kept piling it on with back-to-back homers by Bogaerts and Devers to put this one way out of reach. In all, Boston brought home 12 runs on 16 hits, seven of which went for extra-bases thanks to a two-double day by Mitch Moreland. Devers, Bogaerts and Moreland all had three hits out of the 3-4-5 part of the order. Steve Pearce got a hit, too! It was a blood bath.

In the middle game, it’ll be Eduardo Rodriguez versus Marcus Stroman. Stroman has been pretty damn good this year with really just one hiccup start against the Twins. The righty has a 2.95 ERA on the year with 51 strikeouts in 58 innings. For as good as he’s been, the Blue Jays are still only 2-8 when he takes the ball. Ain’t his fault, though.

Rodriguez is coming off a five earnie start against the Rockies, but that line doesn’t tell the whole story. Rodriguez left the bases loaded in the seventh when he probably shouldn’t have been out there to start the inning to begin with, spoiling an otherwise very good outing. Even with the Rockies’ start, the lefty still has a 3.46 ERA with 49 strikeouts in 41.2 innings over his last seven starts in which the Red Sox are unbeaten at 7-0.