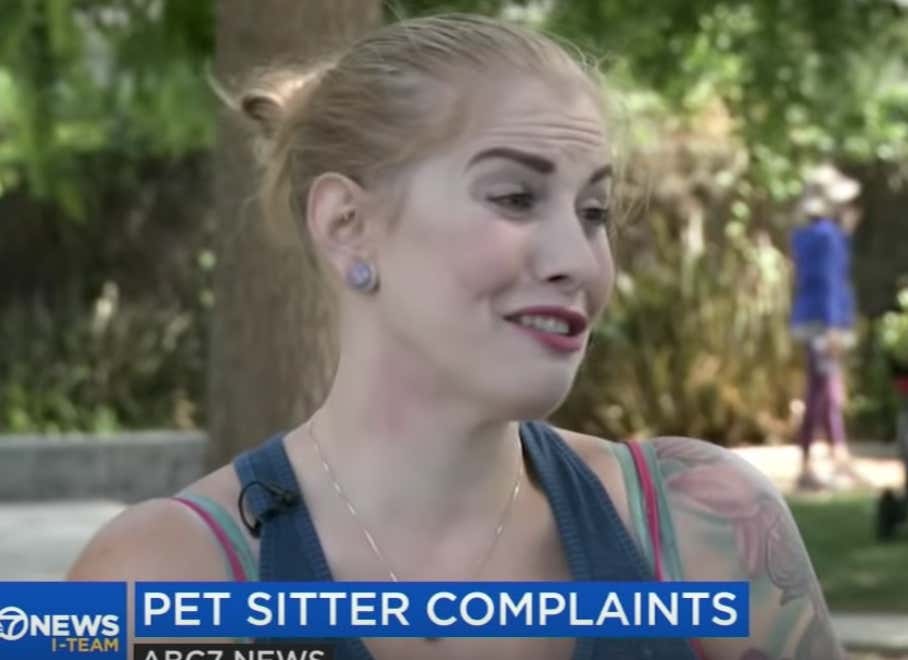 Source - A South Bay pet sitter was caught on camera getting romantic in a customer’s home, after being hired through a popular dog walking app.

Rosie Brown has two rambunctious little dogs, Penny and Daisy. When she headed out of town for a wedding three weeks ago, she turned to a popular app to find a pet sitter called “Wag!”.

They agreed on four-and-a-half days of house-sitting with long walks for $315, and discussed the doggie cam on the kitchen counter; it also shoots out treats. Brown headed to Louisiana and, on the day of her cousin’s wedding, received an alert from the camera.

“On the preview on the alert, it showed a man in our house, someone that I wasn’t expecting,” said Brown. “So I opened it up and that’s when I saw she was there with a man in our house and they were going straight for our bedroom.”

The video shows Casey’s boyfriend at the apartment on several occasions– at one point, locking the dogs outside the master bedroom– on another, going from the master to the guest bedroom.

After several days of texting, Brengle finally agreed to speak with the I-Team on camera.

Double down Thotiana! The only thing I would’ve done differently is given the interview right after it happened so I could control the narrative. It’s kind of tough to say you didn’t fuck on camera after you get caught fucking on camera. Also, ABC 7 buried the lead. The real story here is the fact that she was casually hanging out naked with her mom. 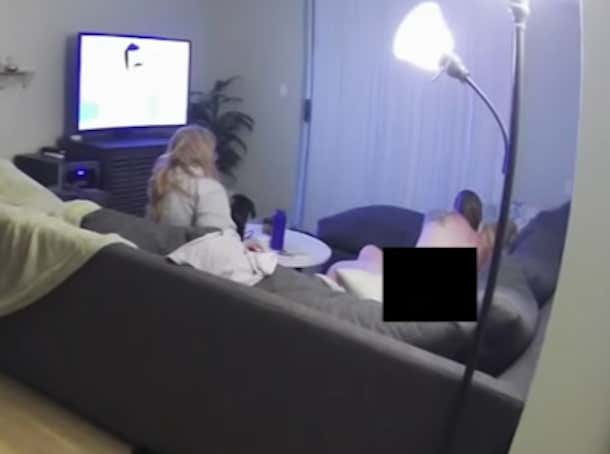 Other than that, I thought she nailed it.

Noyes: “She believes that you were having sex in both of the bedrooms.”

Brengle: “It’s okay that she believes that, that’s not what was going on.”

Brengle’s father and mother also visited, even though the Wag! guidelines say its walkers and sitters “should not allow any third parties into the home of the Pet Parent”. And several times, the camera caught Brengle naked on the couch that Rosie Brown had saved for six months to buy.

Brengle: “It got hot,” said Brengle. “As I’ve said, I don’t like wearing clothes.”

Brown: “To see that video where she’s like butt naked, sitting on it, laying on it, that was really hard ’cause like we just bought it. I don’t lay down right there, you know?”

Noyes: “Oh really? It’s actually affected the way that you use your own couch?”

Brown: “That actually that used to be my favorite spot, right in the middle of it. I don’t really touch it.”

Noyes: “She can’t sit on her favorite spot any longer because she has that image of you being naked on that same spot. Do you understand that?”

Brengle: “I do, I do, and I feel terrible about it. It was not something I did with intent or malice.”

The camera also documented Brengle taking the dogs out for just one to five-minute potty breaks; not the 30 or 60 minute walks usually ordered through the Wag! app. And it caught her cursing at Daisy after the dog had been playing rough with Penny, “b**ch!”

Noyes: “Is that really appropriate?”

The dog was acting like a bitch, so she called her a bitch. I have no problem with that. She was nipping the behavior in the bud. Establishing herself as an Alpha. If she didn’t put her foot down early, she would’ve been walked over all week. I also love how the owner of the couch refuses to sit in that spot now. It’s a freshly showered ass, it’s not like she took a dump on the couch. Grow up.

Having said all that, it probably would’ve been better if she never gave the interview in the first place. Seems like a strange move for someone who’s clearly in the wrong. You have to feel for the boyfriend too. He was probably so excited they finally got to do it in a new place and the whole thing was ruined by a doggy cam. Poor guy. He’s the real victim. Credit to her for sticking to her story though. Hopefully her rating doesn’t go down too much and she can keep walking dogs.