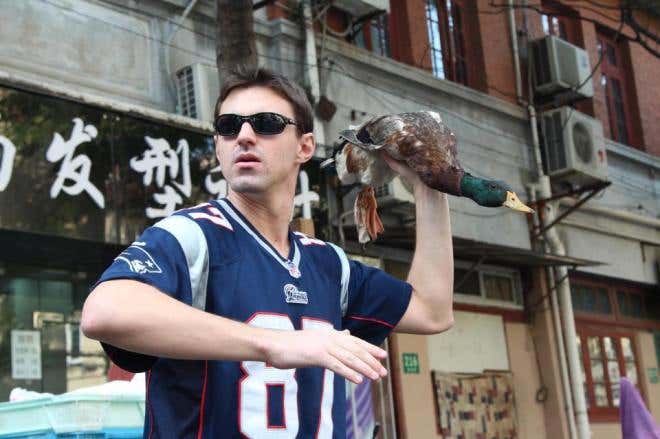 I’ve already had two Barstool employees come visit me abroad (Francis in China, PFT in Hong Kong) and they both crushed it. Francis was only in China for 7 days and we somehow filmed enough content for 14 videos. PFT managed to pull off visiting Asia for only 48 hours, something I’ve never even attempted, but while he is short in stature and his trip was short in duration, it still led to arguably the best video I’ve put out all year. Kudos to him.

This got me thinking tho, I’d love to have other Barstool personalities come visit me in exotic locations but who could handle it, and who wouldn’t last a nanosecond outside of the US of A. Lets break it down.

MOST LIKELY TO SURVIVE ABROAD WITH ME

Note: (Chef Donny, Francis, and PFT are excluded from this list as they’ve already proven their survivability)

5. Shaun Latham: Dude seems to have a solid appreciation for other cultures as evident but the international array of meals he cooks up every week. And you probably see much more weird/potentially traumatic shit in shady comedy clubs than in foreign countries so he’d be gucci.  Plus I guess he actually does have some solid travel experience.  When he told me the streets of New York smelled like a Hong Kong fish market I thought he was making some sort of semi-racist joke…

but turns out he’s actually been to a fish market in Hong Kong and was just making an extremely insightful observation.

4. Caleb & Rone: These are two dudes who seem to thrive outside their comfort zones. Whether it’s rural America, 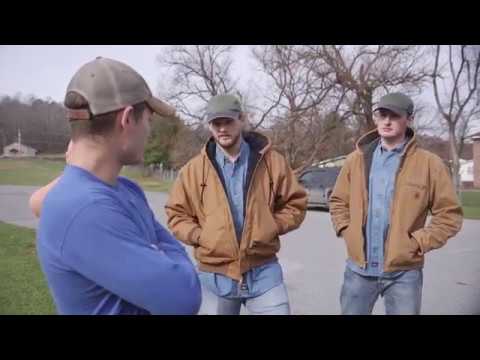 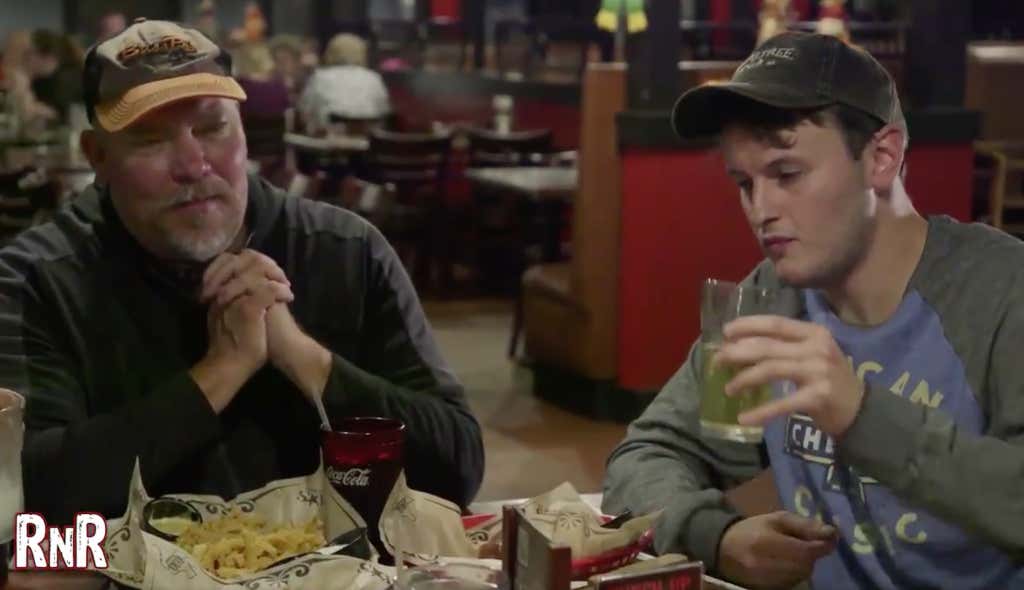 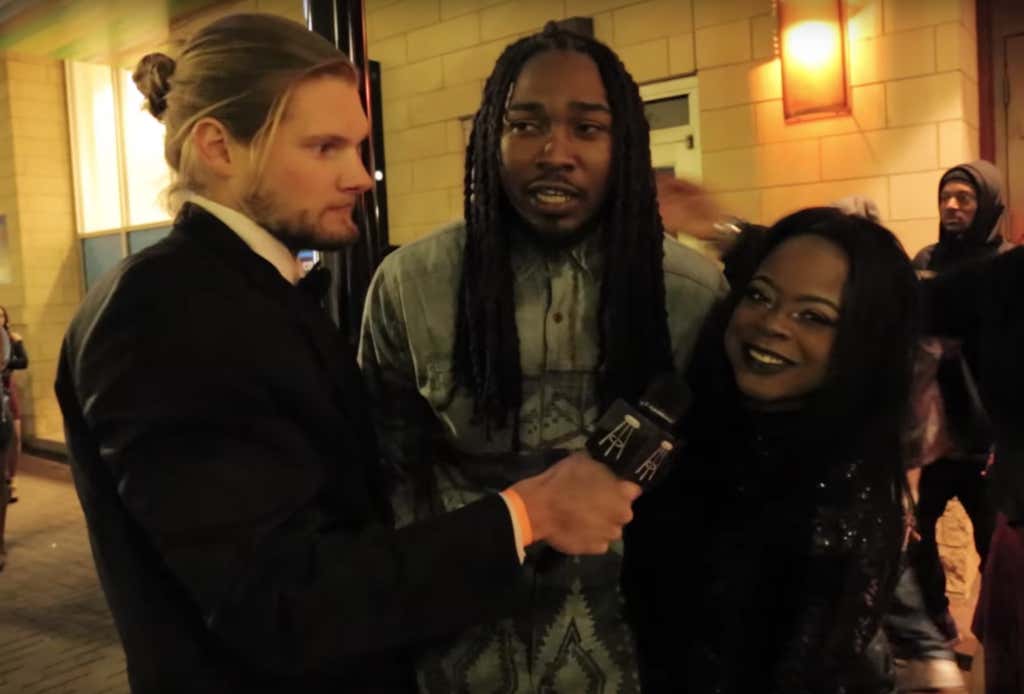 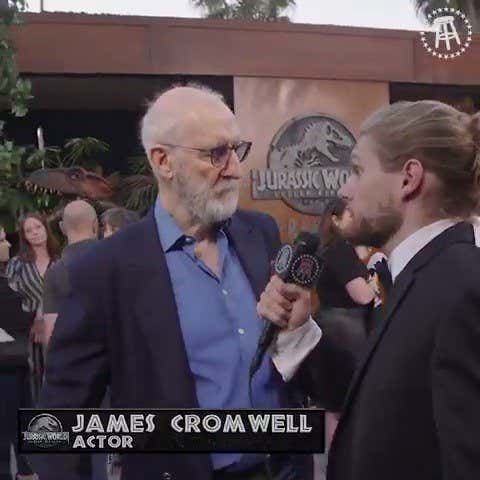 these dudes can adapt to their surroundings. Rone specifically may be the most adaptable person in the office, as proven by his seamless transition from Battle Rap champion, 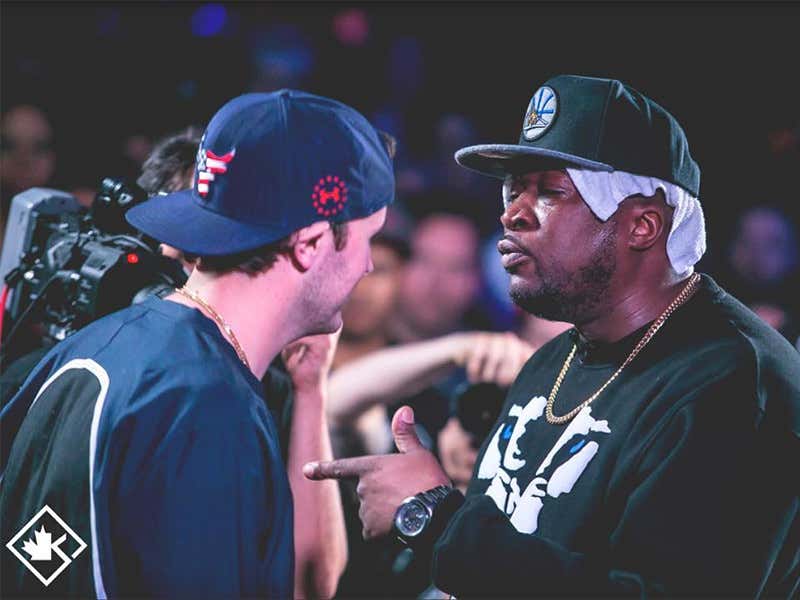 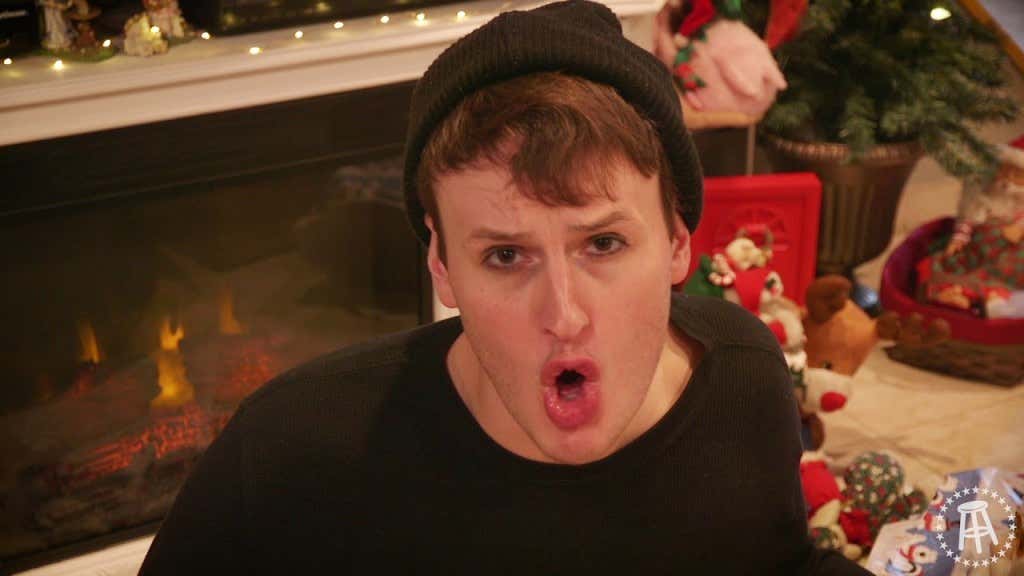 If you can thrive in those two vastly different scenes, adapting to being in a foreign country would be a breeze.

Plus, Caleb and Rone have already proven they can handle a week in a foreign country when they survived a god damn tear gas attack while covering the world cup in France.

France is statistically a more dangerous country than any place I’ve ever traveled to so I’d say they’ve earned their figurative travel stripes. I just hope that if they ever take their travel show out of the U.S. I get asked to join for a few episodes. Can’t have them stealing my spot as Barstool’s “abroad guy”.

3. Large: For a man Deadspin once described as just an “old weirdo who makes racist jokes”, he certainly doesn’t seem to have a problem embracing other races. 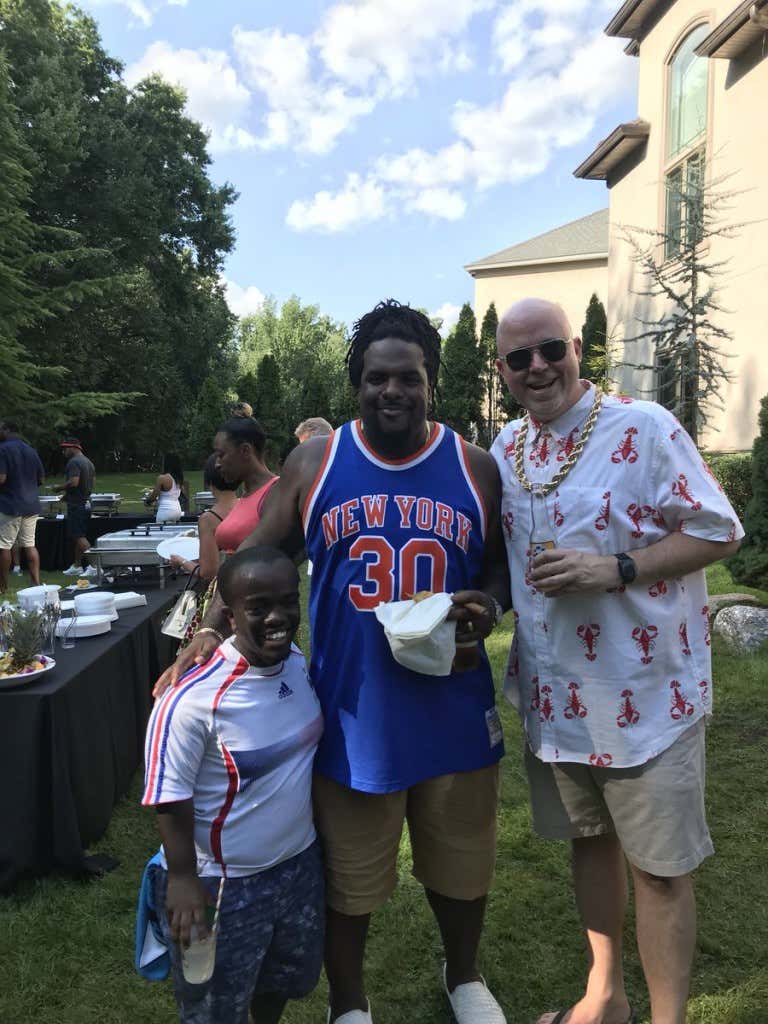 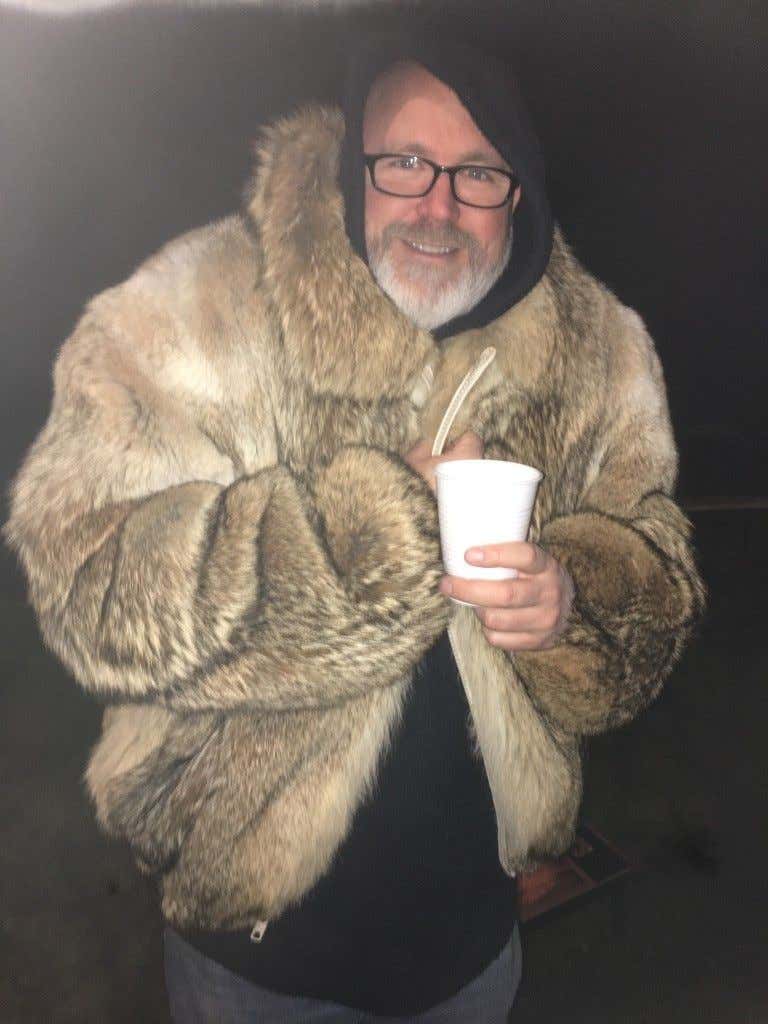 He also may be the only person in the office with an even greater appreciation for weird foods than me. When I went on Barstool Breakfast back back in the day, he seemed legitimately pissed to learn Francis didn’t love the food in China. Afterwards he came up to me and was like “I gotta get out to China with you, I swear I wouldn’t complain about shit. There really isn’t anything I wouldn’t eat”. He backed up that statement the following week when I asked him if he wanted to grab goat brain curry for lunch and he didn’t hesistate for a second. 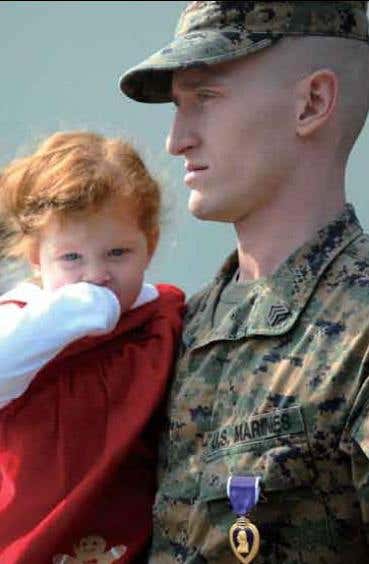 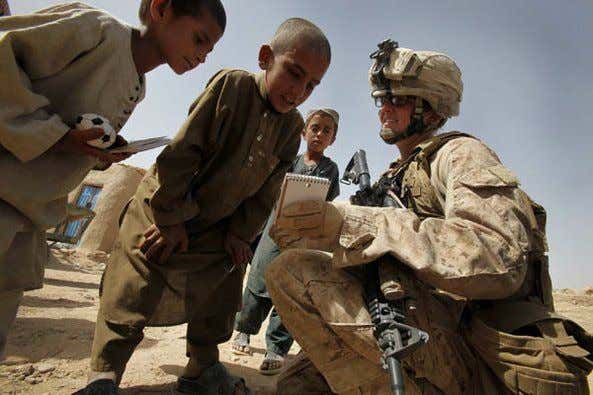 Chaps and Kate both survived (multiple) deployments in Afghanistan. Chaps even survived being shot in Afghanistan. I have never been shot at during my travels so a week abroad with me somewhere that isn’t a war zone should be a piece of cake for them. Also, I assume before being sent on deployment in the military, you get briefed a bunch on “cultural awareness”  and the “Dos and Don’ts of Interacting with locals”. That’s way more cultural training than I’ve ever received so they should do just fine. 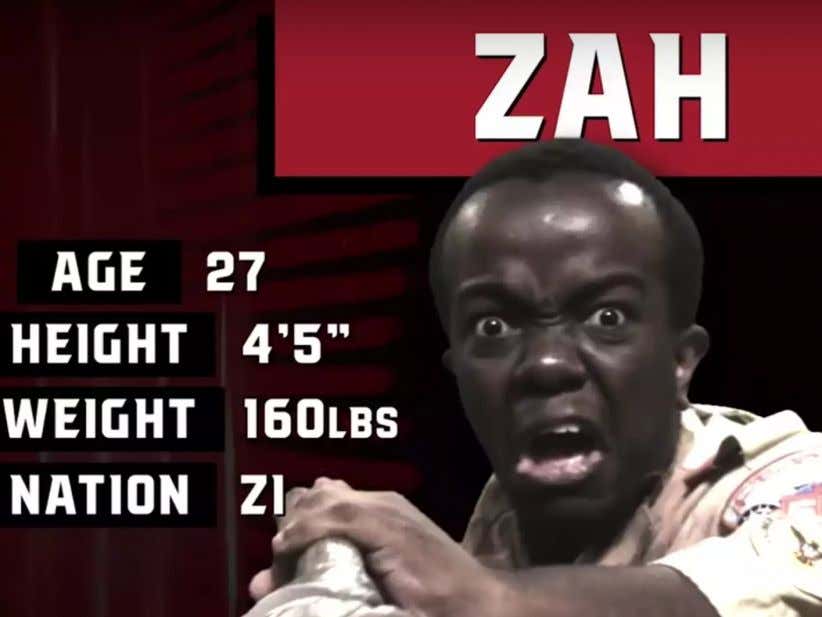 Zah survived his childhood and adolescence in Zimbabwe so he really doesn’t need to prove shit to be #1 on this list. As the Bane version of Zah would say: 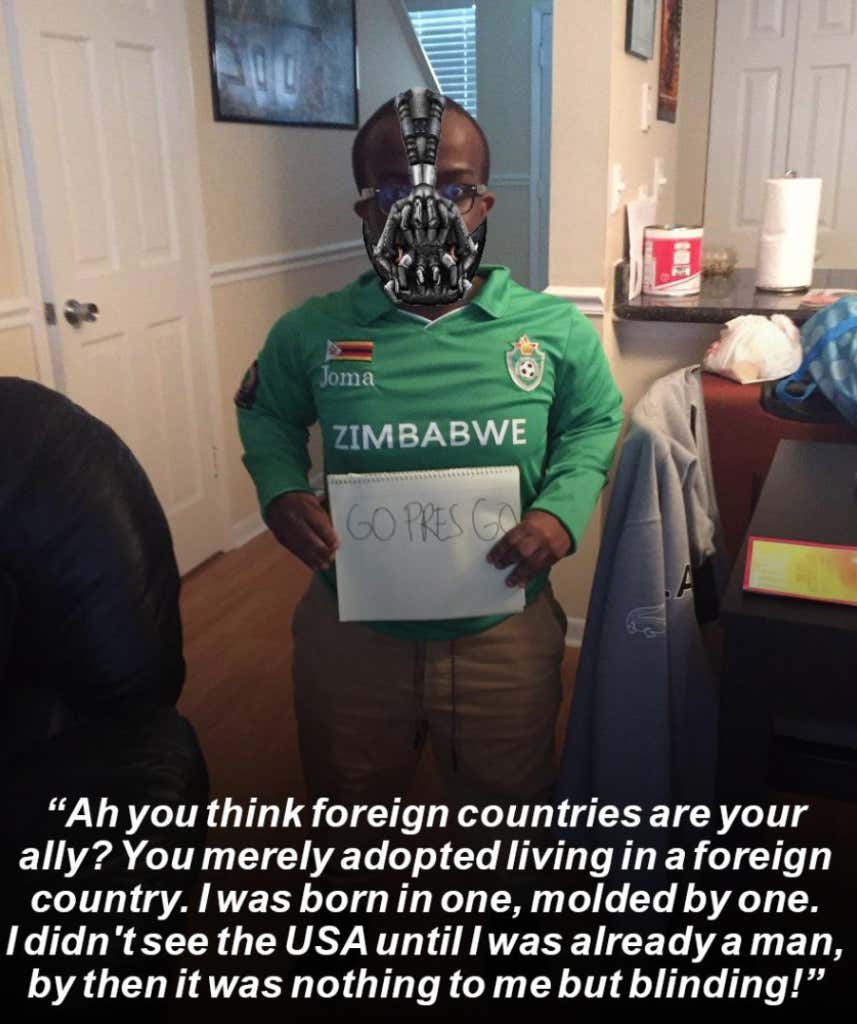 “Ah you think foreign countries are your ally? You merely adopted living in a foreign country. I was born in one, molded by one. I didn’t see the USA until I was already a man, by then it was nothing to me but blinding!”

Young Pageviews: When it comes to interacting with locals YP would be a wildcard as I can’t picture him talking to anyone other than how he would a dude on his college hockey team. However, If I was ever traveling somewhere deep in the Amazon, the Australian Outback, or the Jungles of Sub-Saharan African, he would be my guy. My reasoning for this should be pretty obvious.  The closer YP is to being murdered by an animal, the deeper in his comfort zone he gets.

Clem and Hank: They survived Latvia 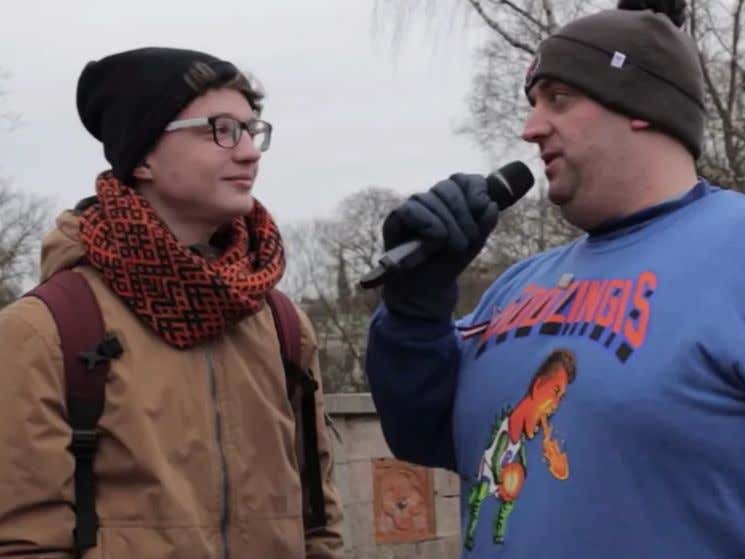 MOST UNLIKELY TO SURVIVE ABROAD WITH ME

I bet your expecting me to make a cheap “can’t fit in an airplane seat” joke. Nope, instead I’m going to drop a serious “high blood pressure” fact. One time on my 16 hour flight to China I didn’t get out of my seat the entire time (went a lil overboard on sleeping pills). When I told my parents they were pretty horrified. Apparently sitting still for that long on flights can cause blood clots in your legs which have killed people on long flights in the past. The higher your blood pressure, the more at risk you are for blood clots. I’m no doctor, but I’m sure Frank would tell you himself his blood pressure has room for improvement. Also, even tho I’m sure Frank would be better behaved, can’t risk putting another flight attendant in a situation like this 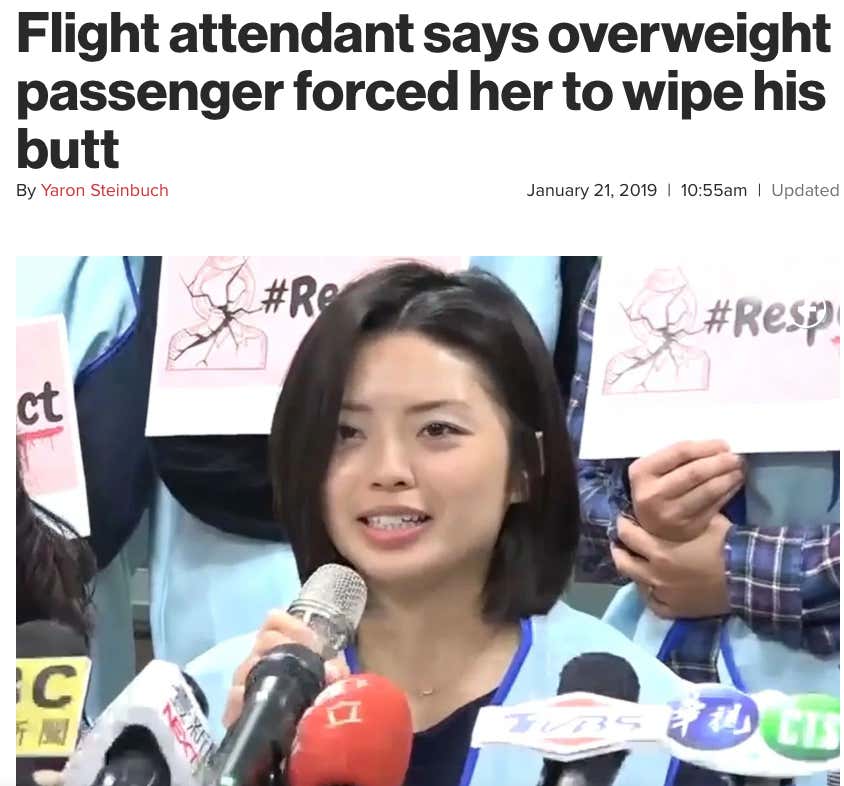 Jesus that was mean. Sorry Frank, it was too easy not to include.

The #3 spot was initially reserved for Coley Mick. Dude made Dana take a train from NYC to Atlanta because he was too afraid to get on an airplane. However, there’s no better cure for a fear of flying than falling in love and ever since King Coley found his Queen, he’s been doing airplanes probably more than me these past 6 months. Just jet setting all over the globe from Puerto Rico to Hawaii, giving his fiancé the tropical vacations she deserves. Love, mixed with xanax, is a helluva drug. So who should take his place on his list? None other than his fellow Masshole in the office, Carrabis.

Carrabis is a man of routine. Throughout my time at Barstool HQ, I don’t think I’ve ever seen him eat something other than a Chipotle quesadilla for lunch. Well let me tell ya, nothing fucks up your routine more than international travel. Also, Carrabis is on record being terrified of international travel. So much so that his fear of it apparently outweighs his love for the Red Sox, as evident by him turning down a chance to hang out with Manny Ramirez in Japan.

3. Tommy Smokes
Tommy Smokes constantly thinks he is sick. My theory is that he could very well be a hypochondriac.

On the other hand, he could just have a “weak constitution”.  I love that term, “weak constitution,” makes me feel like I’m some 18th century doctor explaining to a mother why her son isn’t likely to survive his case of scarlet fever. Think it pretty much just means a shitty immune system. Regardless, if he spent a week abroad with me he would spend most of the time either convincing himself that he has contracted some weird foreign disease and needs to go home immediately, or actually contract some weird foreign disease and need to go home immediately. Neither situation would be ideal.

2. Marty Mush
Watching Marty Mush in Mississippi for the first time was like watching myself on shrooms. Just constantly confused and amazed by the world around him.

Well if Mississippi was enough to blow his mind, a foreign country would give him a full blown brain aneurysm. Would be awesome for content, but very dangerous for Mush’s cerebral cortex.

El Pres is a man who has always known what he loves and sees ZERO reason to deviate from that.

As you can see, besides the very rare trip to the Caribbean, international travel is not one of Dave’s passion and won’t become one anytime in the near future. He is set in his ways.

The moment I realized how little know Dave knows or cares about the world outside of the US (and has probably never watched any of my videos) was on a rundown where they were discussing Liangelo Ball getting arrested for shoplifting from a Louis Vuitton in China.

Guy legit didn’t know money existed in China. Let me be clear tho, I have no problem with Dave’s ignorance of the outside world as it’s not like a more worldly Dave Portnoy is gonna help Barstool’s bottom line. He knows a lot about Pageviews and that’s the only thing that matters. So Dave, while I appreciate the tweet you sent me when I first started working for Barstool

you and I both know that’s never gonna happen. The invite is always open tho so if you ever end up having you’re 2nd mid-life crisis and decide you want to see the world, I would be more than happy to show you around.

Honorable Mentions
KFC:
If this was a list of “Barstool Employees with the Least Desire to Spend a Week Abroad with Me”, KFC would be an easy pick for #1. I think he’d survive alright though. Out of all employees he’s probably spent the most time in NYC and parts of that city are far more culturally confusing than any place I’ve ever been to.

But we’e talking about Kevin “Couch” Clancy here. He loves his couch (and doesn’t love Asians), so I don’t see an international trip for us in the cards anytime soon. 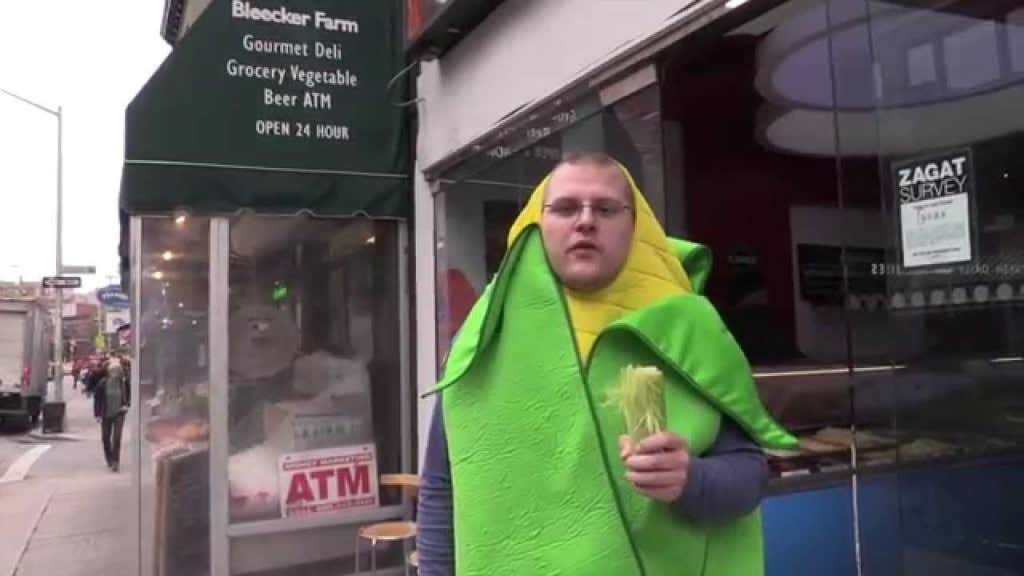 I could be wrong here. Many people didn’t think Trent would survive the transition from rural Iowa to the largest city in the US but he seems to be doing just fine in The Big Apple. However, making the jump from NYC to an exotic locale on the other side of the planet is a much bigger jump than rural to urban America. A jump that I don’t think would interest Trent in the slightest, so he’s on the list.