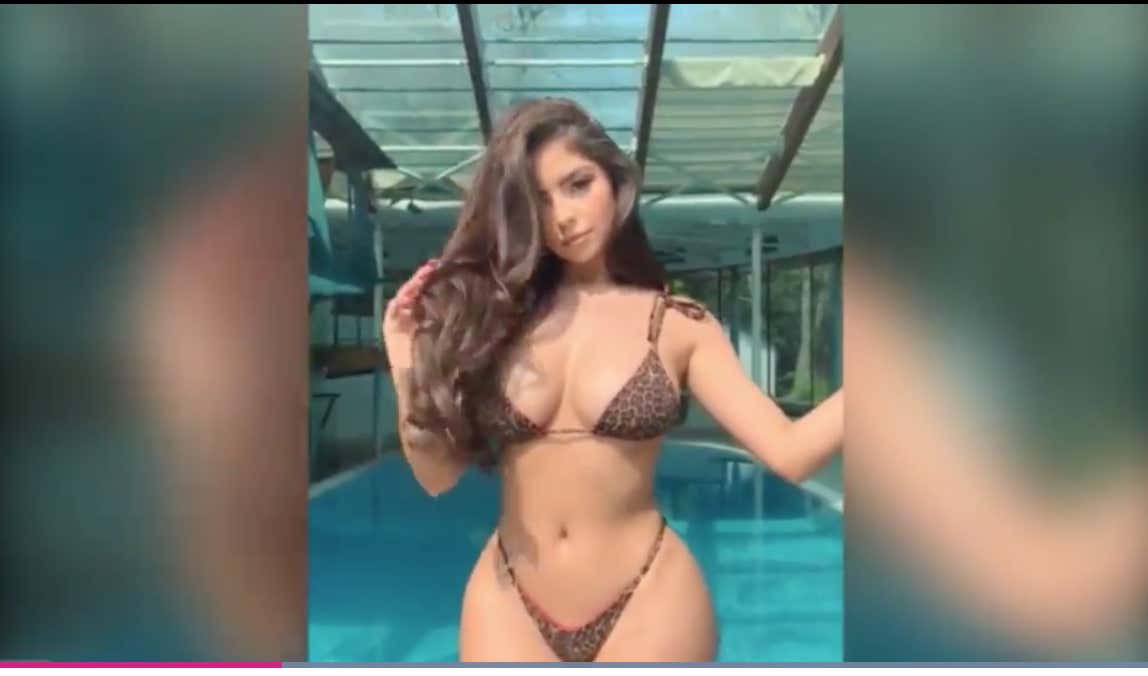 THE SUN – DEMI Rose looked sun-sational as she modelled a thong bikini during a shoot in Tunisia.

The star, 24, stripped down to the cheeky swimwear as she strutted her stuff in an exotic location.

Demi Rose is one of those rare Instagram Models who has transcended the bubble of a social media circle to become recognized in major media outlets every time she does a photoshoot.  She’s one of the most popular women in Britain, a “social media star,” who paid her dues and came up in the game the old fashioned way:

British babe Demi is originally from Birmingham, and has had Instagram since she was 18.

The busty 22-year-old found fame after posting a string of saucy selfies to social media, where she was quick to rack up an impressive online following.

Internet star Demi has also managed to sign a modelling contract, after attracting the attention of US publicity group Taz’s Angels. [The Sun]

Even before that, she was putting in work:

As a teenager Demi started posting the seductive snaps to Instagram.

“In school I was quite popular on MySpace and that kind of followed on to Instagram. It was really weird when people started recognising me and stuff on the street. I just got used to it.”

As if that success story wasn’t inspirational enough, she’s now giving back with some words of encouragement to her young and impressionable followers – you too can rise to this unprecedented level of fame through hard work, dedication, a good diet, and being born hot.

Demi, who boasts a 24 inch waist and 26 inch hips, told The Sun Online that her secret is “genes, a hell of a lot of hard work and dedication in the gym and a good well balanced nutritious diet”.

She explained: “I have a Nike trainer and I train with him in Birmingham. We do lots of glutes work and abs work, 30 mins each. It’s hard work, and I eat quite healthy too. He trains a lot of footballers and has worked with Anthony Joshua.

“If I’m in Birmingham I try to go to the gym three to four times a week. I don’t really have much carbs, basically nuts, nuts, nuts.

“For breakfast it’s usually eggs, lunch it has to be something light like a chicken or prawn salad with a superfood.

“For dinner I like protein, like fish with vegetables or sushi. Then more nuts. My guilty pleasure is chocolate nuts or salted nuts!” [The Sun]

It’s true – you really do find inspiration around every bend of the internet.