What’s craziest about this story is this isn’t some throwback from the ’90s. This wasn’t early Chipper trying to find his way in the Show. This was 2009. Two thousand NINE! Chipper was already a Hall of Famer by 2009. He won a goddamn MVP a whole decade prior to this. And yet he’s out there trying whatever he could to get out of a funk. Taking in whatever tip afforded to him throughout his day. Boog Sciambi happened to yank his ear, tell him to lay off the first pitch, and Tim Stauffer jammed some cheese right down the outside half of the plate. And boy oh boy was Chipper none too pleased with that result. 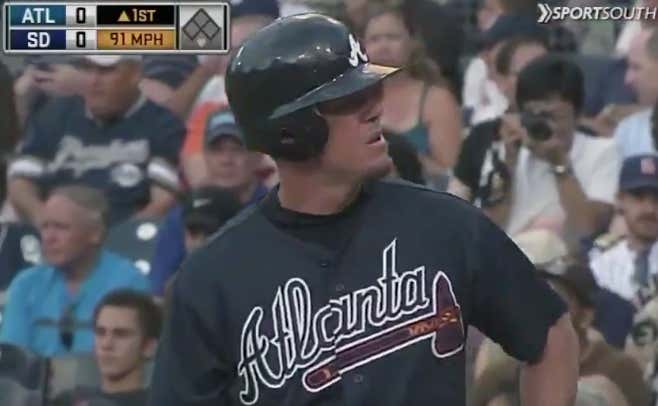 That face says all you need to know about Chipper Jones listening to anyone about anything ever again. And the results speak for themselves considering Chipper made more All Star Games (2) over the next three years than he had the previous seven (1). Sometimes all it takes is a little wrong advice from the outside to get you back focused on what made you an all time great in the first place.