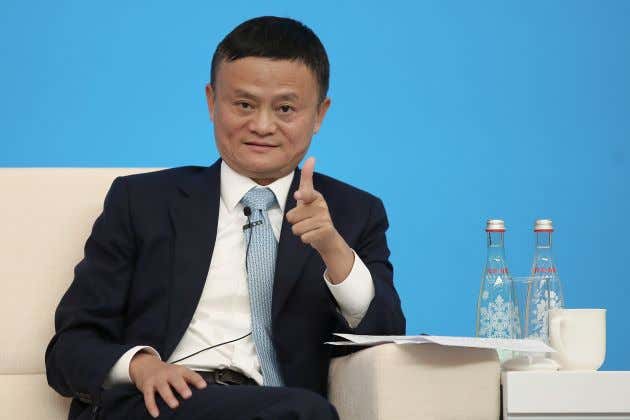 Telegraph – One of China’s wealthiest men, Jack Ma, founder of tech giant Alibaba, is urging his employees to have more sex in pursuit of a better work-life balance.

Mr Ma gave a lighthearted speech at an event at which dozens of Alibaba couples were married in a group ceremony, stressing that a balanced home life was important for long-term happiness and health, and dubbed his philosophy “669”.

“We want 669 in life. What is 669? Six times in six days; the emphasis is on nine,” he said at a company gathering, referring to sex, and using a play on words, as the word “nine” in Mandarin is a homophone for the word “long.”

I know this may come as a shocker to some of you but I actually don’t have a ton of experience in running one of the richest companies in the world. I just haven’t got around to doing that yet. Sorry if that makes me seem like a fraud to some of you, but I’ve always felt that being truthful to the readers was of the upmost importance as a journalist.

Now even though I may not have any real experience at running one of the richest companies in the world, I still feel confidence in saying that Jack Ma is totally right in making sure that his employees are doing the diggity multiple times throughout the week. Because you can’t expect your company to get anywhere if you’re just employing a bunch of virgins. The virgins get nowhere in life. Even God had to put a baby in Mary because he was getting sick and tired of watching her just walk around being a useless virgin all day.

Admittedly, 6 times in 6 days is asking a bit much. I mean by the time you get home from work, take the dog out, eat dinner, and then get done whatever else it is that you need to get done? Well sometimes you’re just exhausted from the day. Sometimes you don’t have it in you to take that quick trip to Plow Town. Also, it’s always important to give your muscles some time to rest. A lot of these people are just going to be physically drained by the end of those 6 days, which isn’t necessarily great for productivity. So I’m all for making sure that you’re not employing a bunch of virgins and making sure that everybody is getting in a proper amount of bone seshes. I just think you need to find a happy medium there. Either way, Jack Ma is on the right path. Bet all you kids out there who just graduated with a business degree didn’t learn about that in school.