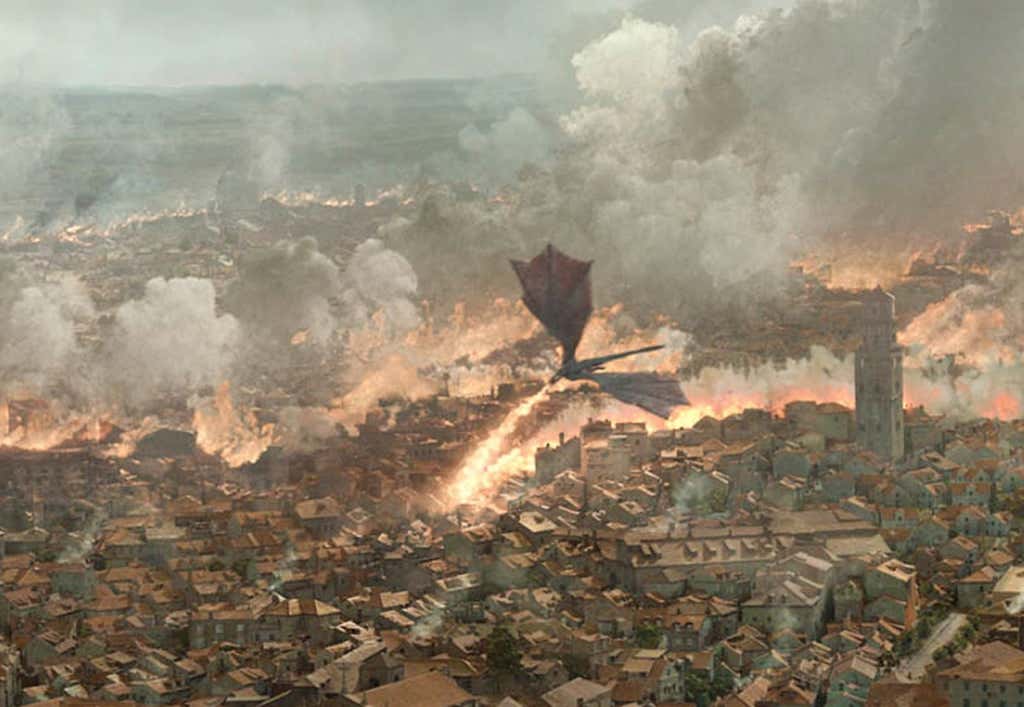 Like a lot of people, I’ve been harsh on this Game Of Thrones season so far. I think the first couple of episodes were too slow since we only have six episodes this season. I think the Battle Of Winterfell was botched badly with not being able to see anything/us getting no backstory on The Night King. But I thought Episode 4 was a positive turning point, and I think last night was one of the best Game Of Thrones episodes ever. If you disagree, you are wrong. I can hear some criticism for last night’s episode, but I think overall, when you watch that from start to finish, it’s hard to say it’s not one of the best things to ever be on television. Some reasons why… 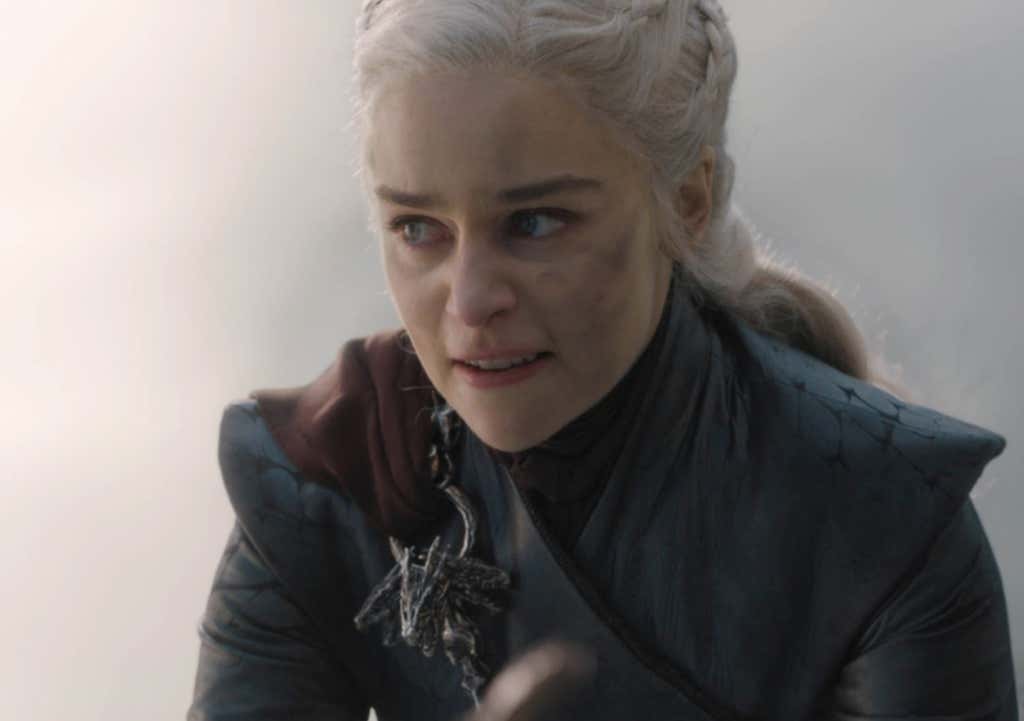 The main gripe people have with this episode is the Daenerys storyline and her becoming The Mad Queen. If you haven’t seen this coming, then you haven’t been paying close enough attention. This was not “out of character” at all. The signs have always been there. I rewatched the series a couple months before Season 8 and one of my biggest takeaways was “Wow Daenerys is kind of a bitch.” It’s not something I thought when I first watched the series, but it was definitely running through my mind on the rewatch.

She has always been power-crazed and dead set on getting The Iron Throne no matter what it costs. Sure, she’s done some good stuff along the way like freeing slaves and shit, but her singular goal has always been to become Queen. Last night isn’t the first time she’s done some really bad things, let’s look back at some of her not-so-finest moments. It’s been a slow but steady descent-into-madness.

She’s been telling us all along that she would do whatever it takes to claim what’s “rightfully” hers. That element of madness has always been there. This article from Entertainment Weekly does a good job breaking down those and other moments. 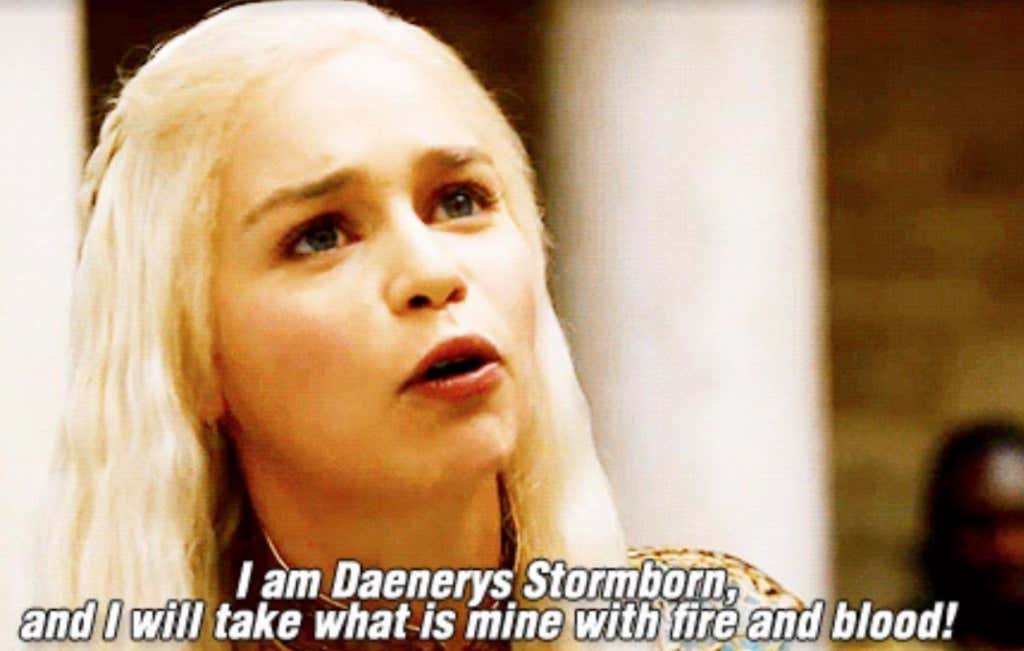 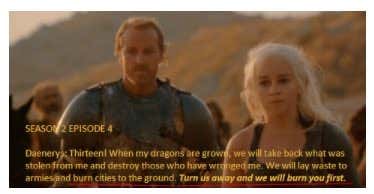 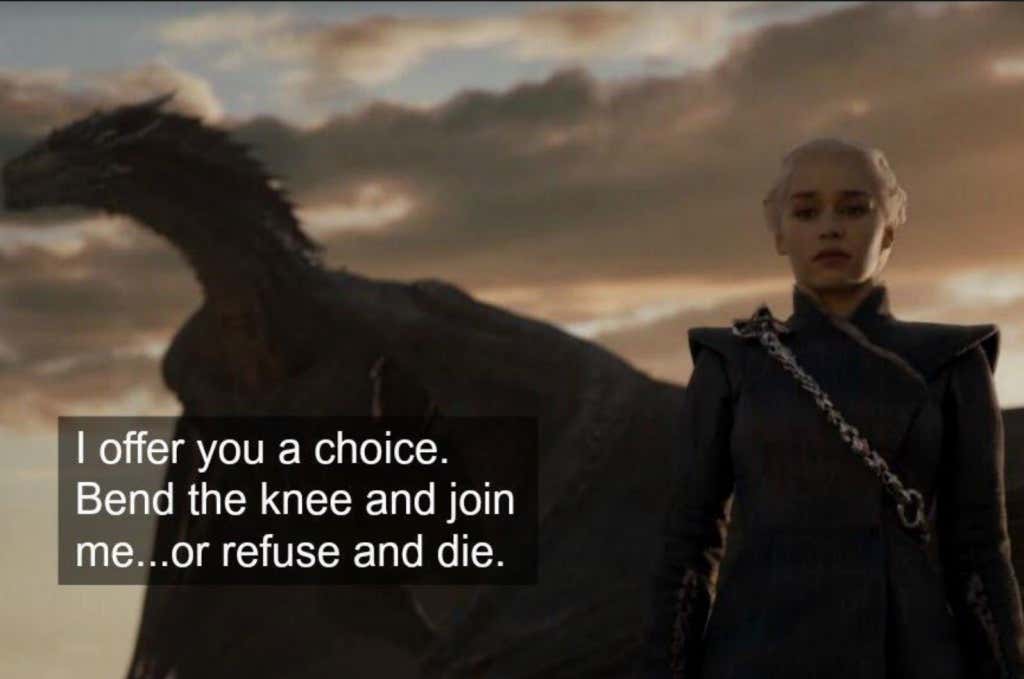 Remember the prophecy from The House Of The Undying in Season 2? Apparently those were ashes, not snow. 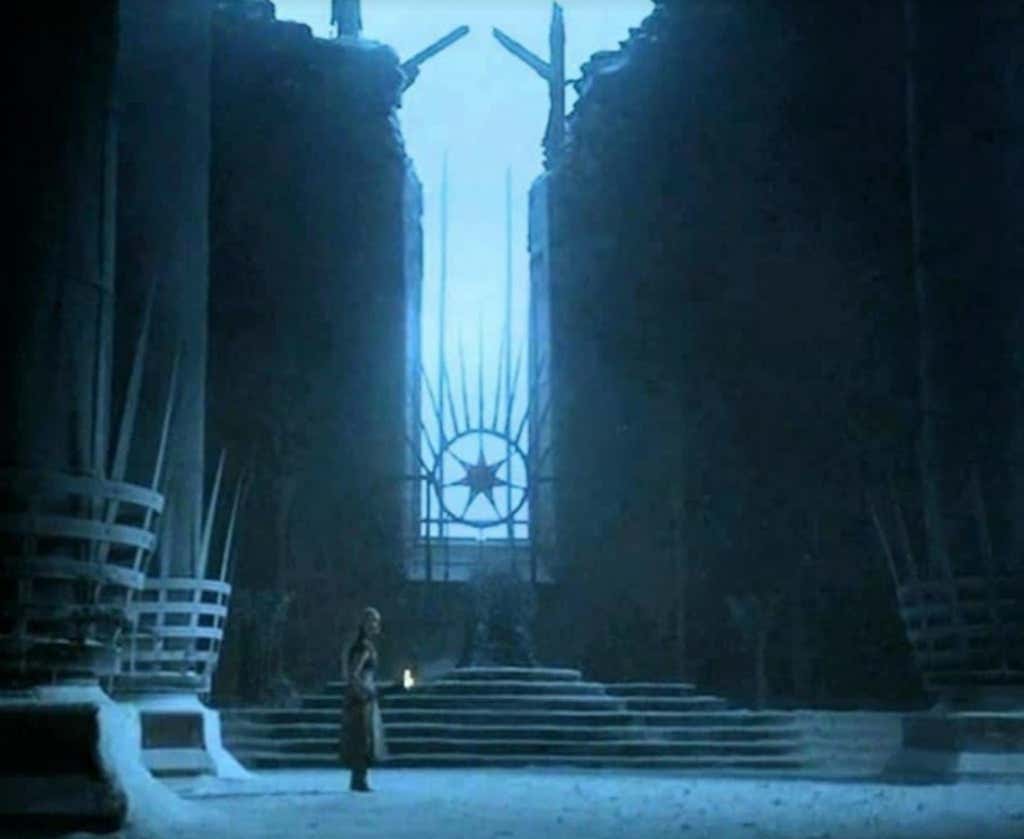 And maybe the most powerful sign of all is this quote from Maester Aemon Targaryen.

Daenerys always had someone to check her worst impulses, but now she was finally alone. Jorah died. Missandei died. Varys betrayed her. Jon only saw her as his queen. She always viewed Tyrion as a Lannister. Even two of her dragons died. There was nobody left to stop her being her true self: a bat-shit crazy Targaryen.

Season 8 has felt rushed in general, but it kind of has to be. And while the Mad Queen storyline may seem rushed, it really isn’t. I think down the road, people will rewatch the series in its entirety and see the signs all along.

Also, don’t blame the showrunners for “ruining” her character. Something this big was obviously George RR Martin’s decision. This is how he’s always envisioned the series ending. It’s one final twist that most people didn’t see coming. People love Thrones for its unpredictability. Daenerys burning Kings Landing to the ground is not the happy ending some people pictured. DB Weiss and David Benioff had to get the show to this moment, and I think they did a fairly good job given the circumstances. 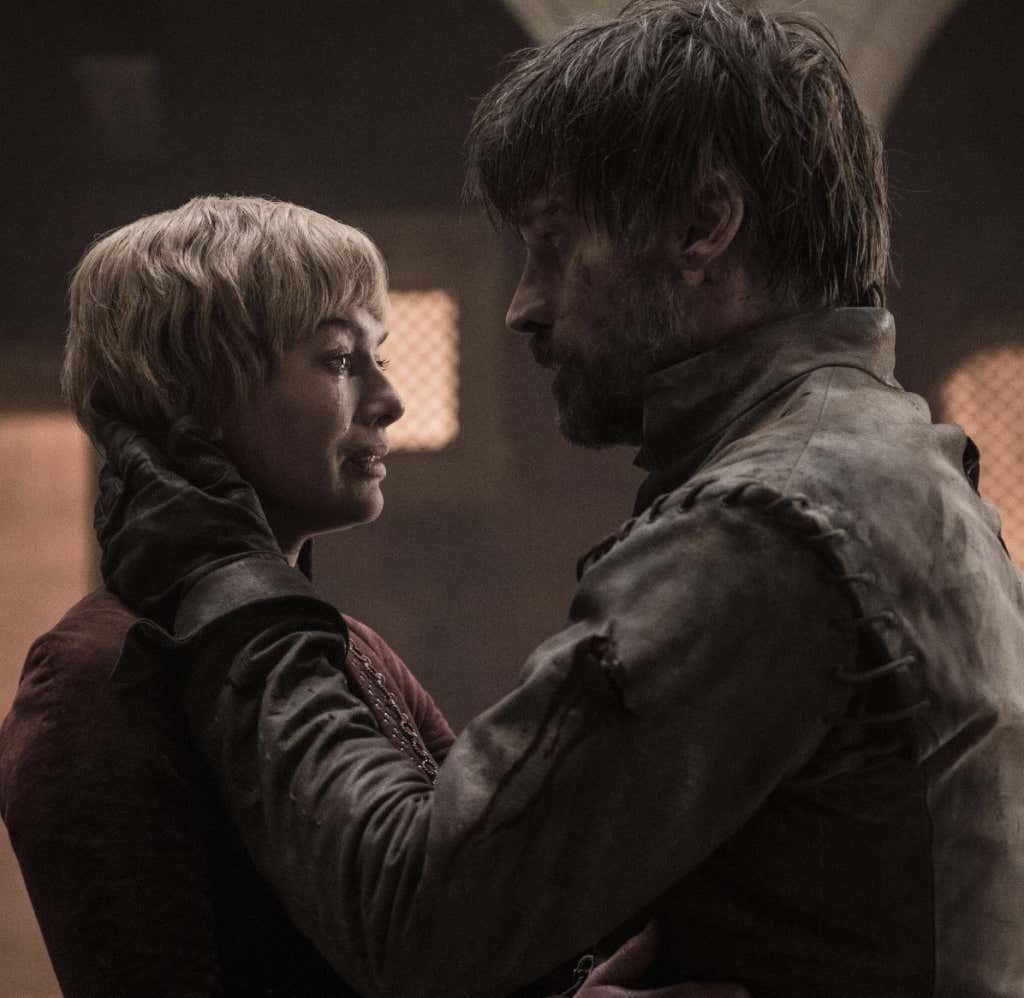 Another big complaint is that Cersei’s death wasn’t “satisfying” enough. People are crying that she got taken out by a rock. If that’s all you took away from it, then you’re an idiot. Sure, a more gruesome death would’ve been cool, but this was probably more powerful.

Her power and protection collapsed on top of her. She claimed the Red Keep could never fall. And then it literally fell on top of her and crushed her to death. The Red Keep was always her safe place and now it’s where she dies.

And again, this was another “twist.” People thought Jaime would be the one to kill her. Then people thought it would be Arya. Ultimately, it was Daenerys, but really it was a culmination of everything she’s done through the years collapsing on top of her.

It also technically fulfills her prophecy. “When your tears have drowned you, the valonqar shall wrap his hands about your pale white throat and choke the life from you.” Cersei was in tears realizing she’d lost, and her little brother (Jaime by like two minutes) did wrap his arms around her. Sure he technically didn’t kill her, but she did die with his hands around her neck.

Cersei is the greatest, most-hated villain in TV history. She’s such a good villain that she didn’t even get a death to satisfy the audience. You even hate the way she died. She wins again. 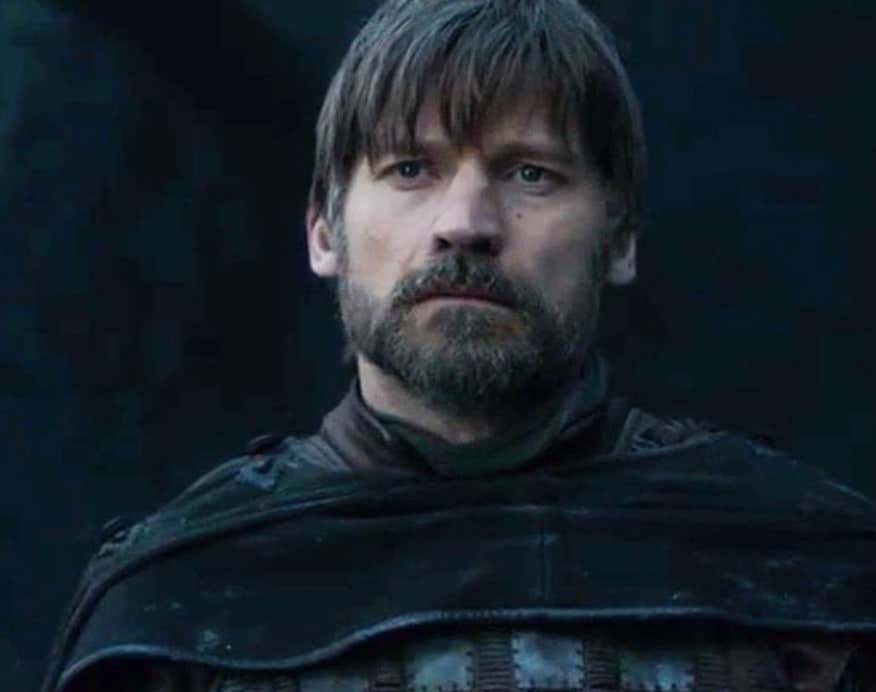 To a degree, a tiger can’t change its stripes. I think people forget how absolutely awful Jamie was in the first couple of seasons. The series started with him throwing a child out of a window for God’s sake. Sure he did have some redemption, but what’s been consistent throughout the entire series? His love for Cersei. It’s the reason behind so many of his actions.

It’s why he went back to King’s Landing, and he gets to die with her. The secret love affair between Jamie and Cersei is basically what set the stage to the entire series. It’s only fitting that they die in each other’s arms.

He also got an emotional final scene with Tyrion. It’s clear they’ve always loved each other, and that was a powerful and satisfying farewell.

He even got one more “heroic” moment by killing Euron. Sure, it was kind of cheesy and convenient that Euron just washed up on shore right where Jamie was, but whatever. It was still a cool fight, and Jamie gets one more moment to win a sword fight against a “king.” 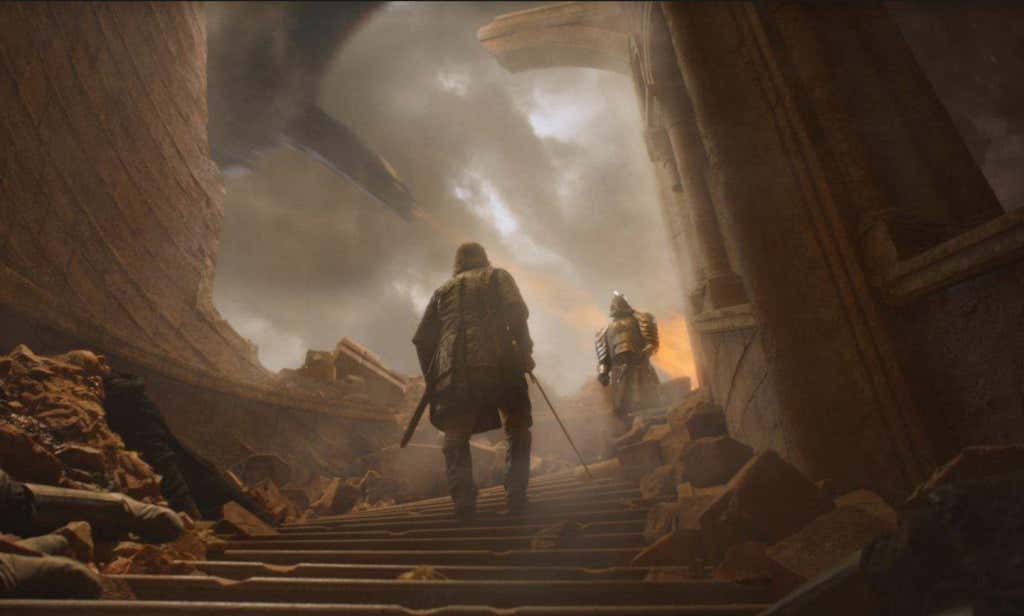 I mean look at that and tell me it’s not fucking awesome. First of all, it was an incredibly well shot and visibly pleasing fight. The stairs, Cersei sneaking past them, throwing Qyburn, the fire, the dragons, all of it. I think it was a little bit fan service for sure, but it also nicely completed The Hound’s story arc. He protects Arya one last time, and he achieves the only goal he’s had on his mind: killing the Mountain. He had nothing else to live for, so it was worth dying for.

I don’t know the technical terms, but it was just awesome to watch. The daylight definitely helped. In addition to Cleganebowl, the fire was awesome. The dragon was doing its thing. The music was perfect. There were fantastic overhead shots of the city. All of it was just awesome to look at. Way way way better than the Battle Of Winterfell. Credit to director Miguel Sapochnik.

Now there are some things I didn’t love with the episode. I don’t get the Arya stuff. She just ran around forever and found a horse. Hopefully we’ll get the meaning of that next week. Also, the dragons went from extremely vulnerable to unbeatable seemingly overnight. But it is a god damn dragon so I get it. Once she took those arrows out, it was game over.

Things still need to be tied up next week. We’ll get Jon vs. Daenerys finally. How does Tyrion’s arc end? Who gets The Iron Throne? What becomes of the Stark sisters? And for the love of God, what the hell is up with Bran?!? He was hyped up by some as the show’s most important character. He better do/tell us some cool stuff in the finale.

But overall, it was one of the best Game of Thrones episodes ever. It was an epic battle that also managed to complete satisfying story arcs for some of its main characters.

So you can complain if you want, but you’re wrong