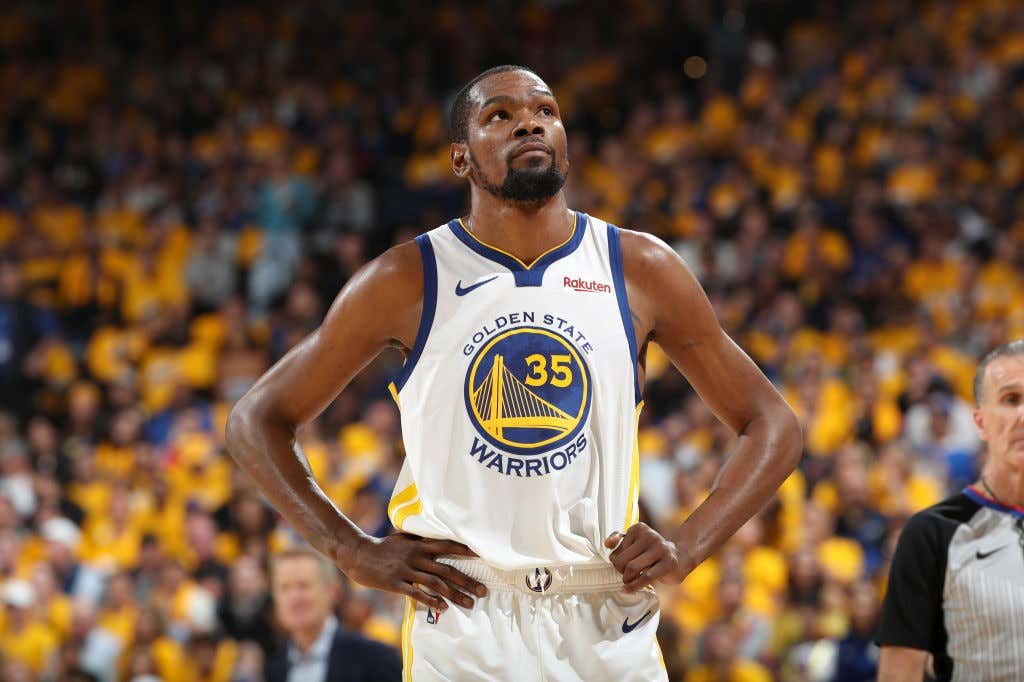 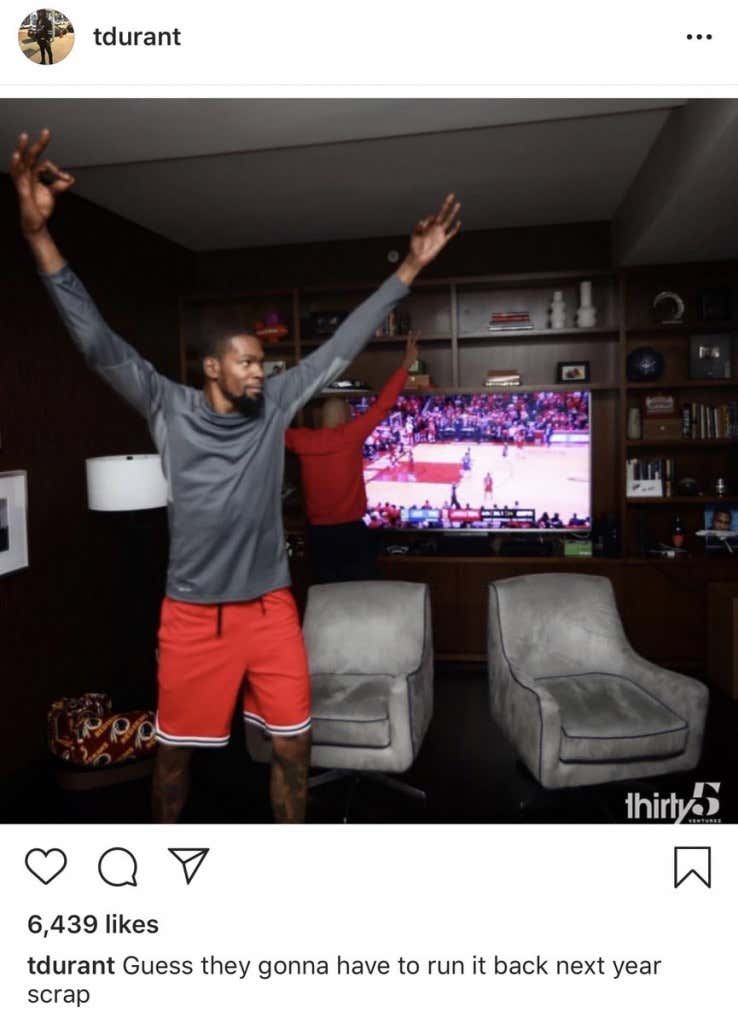 Look in today’s world where Stephen A Smith can go on television and say that Durant to the Knicks is 95% done, how can we ignore his brother taking to Instagram to potentially break the heart of an entire fanbase? I’m just looking at the facts here, on one side you have Stephen A, so Durant already has gone public in saying nobody from his camp ever talks to saying one thing, and then his brother which in my opinion may have some insight as to what Durant is thinking making it known via social media that there’s a strong chance Durant stays in GS or at the very least doesn’t join the Knicks.

This whole idea of Kevin Durant 100% leaving the Warriors always struck me as a little weird. I feel like all of us on the internet and in the media just decided that Durant wants to leave the best basketball situation in the NBA. We collectively decided that the only way Kevin Durant can salvage his NBA reputation is by leading another franchise. Well, what if his reputation is a guy who just wins a shit ton of more titles as a Warrior. What if Klay leaves? I’ve seen some stuff that says if the Warriors win the title this year and Durant doesn’t play that’ll be the nail in the coffin for him staying in GS. I’ve also seen people say if he wins another title and is the MVP he’s going to leave because he has nothing left to prove. Basically every Durant take you hear results in him leaving, which is why it’s pretty interesting his brother is preaching a different tune.

If Durant stays in GS, it changes everything. Maybe Kawhi stays out East because the Warriors will still be a dynasty. Maybe Kyrie signs his extension because there’s no new super team to join. Not to be dramatic but the entire landscape of the NBA depends on whatever Durant decides, and sadly it’s not looking like that decision is going to go to the dumpster fire of a franchise in NY.

Now maybe Durant’s brother doesn’t know shit. Maybe this is a classic diversion attempt so people think one thing while the plan is the opposite. Who knows. All I know is I am very much here for any and all social media leaks/clues over the next 2 months while we all speculate about what these guys are going to do when in reality none of us have a goddamn clue.