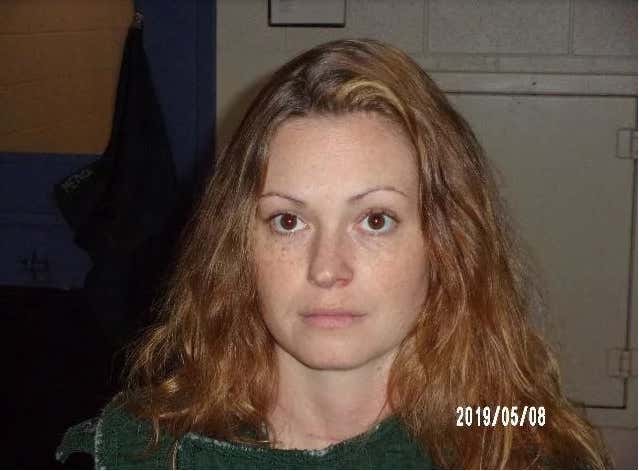 Pennsylvania – A former Titusville Middle School teacher is facing multiple felony charges for allegedly having sex with a 14-year-old boy on several occasions.

According to Corry-based State Police, Rochelle Lee Cressman, 32, was charged Monday through the Crawford County District Attorney’s Office for an alleged sexual relationship she had with the victim between Sept. 13, 2018, and April 18. During this period, police said that Cressman reportedly had sex with the victim at least 10 times.

An investigation was launched by police after they were alerted to the relationship through the victim’s mother, who had been told about it by the teen. Along with the incidents of sex, Cressman and the victim reportedly had several other sexual encounters, which took place at multiple locations. Among the locations in which the alleged incidents occurred were a private residence on Springcreek Road in Oil Creek Township, and a residence on North Martin Street in Titusville.

Based on an interview held with the victim and other evidence gathered, including cell phone messages, police filed charges. Cressman is facing 10 counts of statutory sexual assault, 10 counts of involuntary deviate sexual intercourse, one count of unlawful contact with a minor, one count of endangering the welfare of a child, one count of corruption of minors, 42 counts of indecent assault and one count of terroristic threats.

Jeez Louise, Rochelle Lee Cressman. Way to ruin an otherwise nice, uplifting an positive Sex Scandal Teacher story. It was all going great until she had to include that “terroristic threats” thing at the end. Can’t we simply enjoy the wholesome, all-American goodness of attractive school teachers in their early 30s cheating on their husbands with their teenage students without fear of terrorism? Have our SSTs learned nothing from the history of the 2000s?

I say enough is enough. Too many high school boys have been subjected to fear and threats and we will not negotiate with terrorists. If the SSTs of the world want a seat at the table, they’re going to have to denounce those who support the Mrs. Cressmans and put an end to this scourge once and for all. Only then will these crazed ladies have peaceful sex with their students. You are either with us, or you’re with the terror-SSTs.

The Grades:
Looks: I’m not going to explain. And I’m not going to apologize. Rochelle Lee Cressman is not just a Wheelhouse Chick for me. She’s not just my favorite so far in 2019. Remove the resting, mugshot bitch face and she’s practically a dead ringer for my crush, from elementary school, through high school and beyond. My Weymouth friends know who I’m talking about and once this is posted, my phone will explode with texts saying who it was. You’re entitled to your opinion. Maybe you don’t have a place in your heart for Gingers like I do. But for me this is an easy
Grade: A

Moral Compass/Bad Judgment: How’s this grade? We’ve got 10 encounters. In “multiple locations.” In her marital home. In another house. 42 counts of something or other. Phone records. There’s no reason to let the odd Al Qaeda threat ruin a solid career like this.
Grade: A

Overall: A. Cressman might very well be our first mortal lock for the end of the year All Stars.