Source - The owners of an upscale yoga studio are accusing Dennis Rodman of participating in a brazen daytime clothing heist … and the whole bizarre thing was captured on video obtained by TMZ Sports.

The NBA Hall of Famer entered VIBES Hot Yoga in Newport Beach around 12:45 PM on Tuesday with 3 companions — 2 women and 1 man.

Almost immediately after they arrived, things got weird — the owner tells us Dennis began distracting employees while the woman in a long-sleeved green shirt began stuffing clothing into her purse.  At one point, the woman hides behind Rodman while she tucks a shirt away.

Then, things get weirder … Rodman’s male companion grabs a large $2,500 crystal art piece from the front desk and tries to place it on a steel dolly, insisting he wants to buy it.

But, the guy drops the crystal — which shatters all over the floor — and while the staff is distracted, the woman in the green-sleeves grabs another clothing item and again stuffs it into her purse. 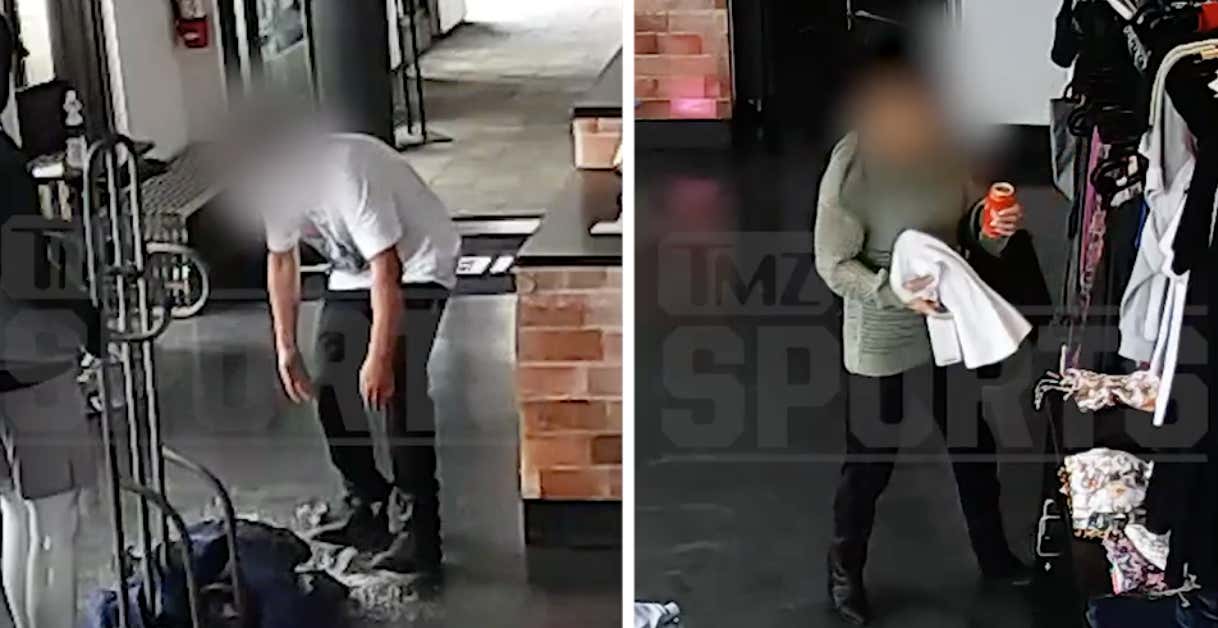 Eventually, the entire crew leaves the store with the shattered crystal piece on the dolly. The owner tells us everyone in the group refused to pay. Dennis actually blamed the staff for the broken crystal. The owner tells us … the gang left the store with more than $500 in stolen clothing, plus the broken crystal — so they went to police and filed a theft report. The owner also says the employees working that day say everyone in Rodman’s group reeked of alcohol.

I’ve got to be careful with what I say because Dennis is a friend of the firm, but this a tough look. If you watched the video you can clearly see that he helped those people commit robbery. The only reason I used the word ‘allegedly’ in the title is because I’m legally obligated to.

That said, a daytime robbery isn’t nearly as bad as him buddying up with a ruthless dictator known for starving and murdering his own people. This could be a step in the right direction for Dennis. Then again, probably not. He’s had substance abuse issues in the past and it appears they’re back. Sober people don’t commit robbery in the middle of the day. Hopefully he gets the help he needs, but I feel like he’s one of these guys who’s too far gone. Great ball player and a hell of an interview though. At least he’s got that going for him.