Our battleships are on the move as tensions rise between the US & Iran, but are we sure of the precise reason why this escalation is happening? According to the BBC it’s a bit vague:

Officials said the deployment was in response to threats to US forces and its allies from Iran. On Tuesday it was revealed the US was sending B-52 bombers.

The US has given little information about the exact nature of the reported threat, which Iran has dismissed as nonsense.

John Bolton, the US national security adviser, said only that the US was acting “in response to a number of troubling and escalatory indications and warnings” on announcing the deployment of the USS Abraham Lincoln on Sunday.

Hmmm. So yeah, it seems like a big deal but there’s no exact answers.

Never satisfied with a mystery I decided to do some research of my own and the answer is clear. Iran is harboring an absolute unit of mass destruction: IRANIAN HULK.

He can shush me all he wants but I will not be silenced.

This self-proclaimed ‘Persian Hercules’, Sajad Gharibi, has extremely tight jeans & nearly half a million followers on Instagram. Not only does he have a large swath of influence for propaganda purposes, he’s adept in weaponry & camo-concealment claiming,

“I am a living shield for my country, Iran. Time to fight the enemy.”

You may not even be able to spot him in some of the photos below:

No beans about it – this guy could completely skewer your American ass.

He’s not going to mask his rage if shit goes down with the U.S.

These colors don’t normally run, but if the Hulk is able to squeeze out of his car you’d better.

Here’s the stats after my recon:

But wait, we might be in the clear.. it looks like he’s got another enemy in mind and he’ll face him in the MMA octagon…

So I’m finally accepting my first professional fight from a Brazilian fighter before 2020.

The guy he’s fighting looks like a snake that swallowed a bunch of giant marbles & I’m genuinely interested to see how this goes down.

Plus, Gharibi is a bird guy & we all know they’re wildcards. 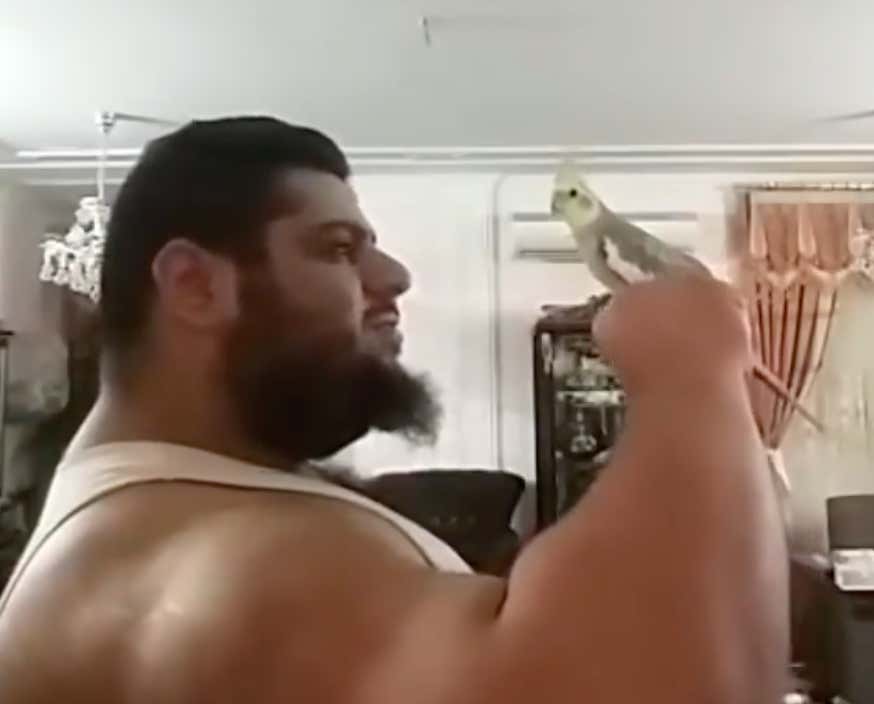 I’m done chirpin’ about it but if you want to learn more about the real tensions between the U.S. & Iran tune into the latest episodes of ZeroBlog30. While you’re at it, like & subscribe!