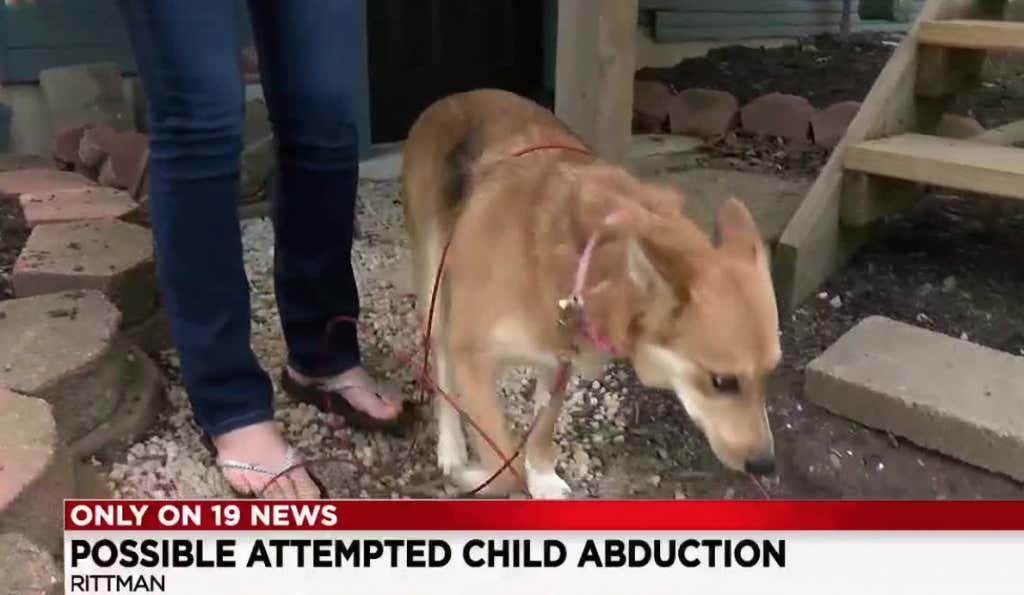 [WKYT] – For 20 long minutes Jordyn Pamer and Zachary Phillips were in a panic as it appeared their 7-month-old baby boy, Zeke, had been abducted from the family’s home in Rittman.

Pamer and Phillips had just arrived home Saturday afternoon when Pamer went to take a shower, and Phillips — who works nights — decided to take a nap.

Zeke was still strapped in the car seat, but when Pamer came out of the shower, the car carrier — with Zeke inside — was gone.

After 20 frantic minutes, Pamer’s father found Zeke, still in the car carrier, by the door in their unfinished walk-out basement.

It appears it was a stroke of very good luck that the family dog, Lola, was out back, on a leash that allows her to go right up to the basement door.

“I think whoever had my son opened the door to leave with him, I think my dog greeted them and they got scared and I think they left the baby and took off,” Pamer said.

I mean can we really be surprised here? Of course Lola stopped a kidnapping. That’s what dogs do. They save people. They want belly rubs and a couple games of fetch then they call it a day and take naps for hours on end. Simply the best.

I’ll tell you what. If Lola wasn’t in the backyard I still think she is out there saving the kid and preventing a kidnapping. Dogs have that instinct. I mean you think she would have just sat on the couch watching all this unfold? I don’t think so.

It’s been said on this website numerous times, but this is just another point. We don’t deserve dogs. They provide us with endless, unconditional love and support and save our asses time and time again. How many times do we see a story like this? Whether it’s alerting a family about a fire, a kidnapping or something else dangerous, they always spring into action without caring if they are in danger.

Again, Lola prevented a kidnapping. How many people would be able to do that? Probably not a whole lot. The story is they think it’s attached this woman pretending to be with child services. It wouldn’t be THAT crazy to see a woman carrying a baby down the street. Unless you have a good view of the baby, you may not even know that it’s a kidnapping.

But dogs do, man. Dogs always know. So shouts to Lola. Someone give her a million bones and belly rubs.