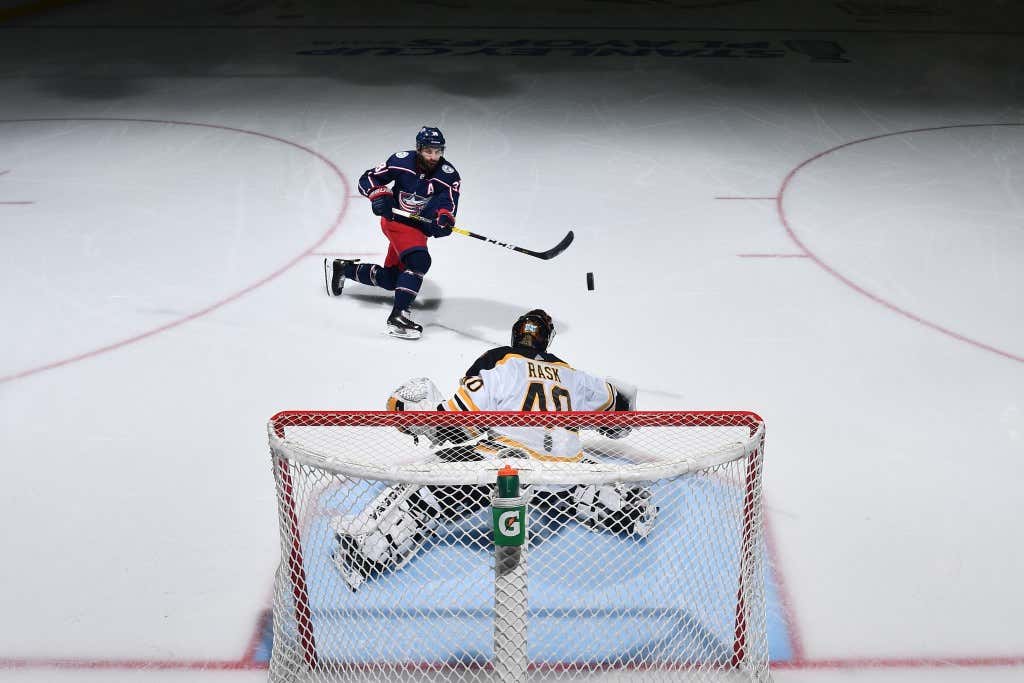 Tuukka fucking Rask stood on his head and delivered big saves as the B’s evened up the series with a 4-1 win in Columbus. I’m pretty sure this is a run on sentence so no one tell Kmarko.

Early in the 1st, David Pastrnak got lit up by Adam Clendening at center ice, but found the back of the net just a few seconds later. Charlie McAvoy with the cross-ice feed. Sergei Bobrovsky almost had it but it trickled in. 1-0 Bruins.

Four minutes later, Torey Krug took a stick to the nuts from Texier and the B’s headed to the PP. 13 seconds in Krug and Marchand had a miscommunication and Boone Jenner was off to the races on a shorthanded breakaway. Marchand tripped down Jenner and he was awarded a penalty shot.

Patrice Bergeron rifled one in past Bobrovsky on the PP to make it 2-0 Bruins.

Minutes later a puck went into the netting, the refs don’t blow it dead, and Artemi Panarin cuts the Bruins lead to 2-1. Apparently it’s not reviewable so the Bruins just got hosed for four officials missing it. It’s insane that because there was an extra pass, the league can’t review it. So fucking stupid.

Late in the first, David Backes was battling for a puck in the corner and took an elbow to the face from Dean Kukan. Somehow that wasn’t a five minute major. Backes headed down the tunnel but would return to the bench before the first period was over (finished the game). B’s headed to the PP where absolutely nothing went right. They continue to give up Grade A scoring chances while shorthanded.

B’s came out strong in the 3rd, taking the play to CBJ instead of sitting back and protecting the lead. They were rewarded as Ohio’s own Sean Kuraly gave the Bruins a two-goal cushion once again.

A not so great tripping penalty on Jake DeBrusk led to a CBJ PP but Tuukka f’n Rask stood tall. Brandon Carlo and Zdeno Chara were out for the entire two minutes. Monster kill.

Brandon Carlo drew a holding penalty on Pierre-Luc Dubois in the defensive zone and the B’s were able to get some practice in on the PP. Bruce Cassidy put two defensemen out there (Matt Grzelcyk and Torey Krug) and it paid off.

Patrice Bergeron tapped in his 2nd PPG of the game to give the Bruins a 4-1 lead. That’s all she wrote.

– Thought David Pastrnak had a much better game. He took a hit to make a play, then got rewarded for it. He still had issues controlling the puck. It’s so fucking weird, it’s like he can’t feel his hands. Fanned on too many passes and shots for my liking. He got booted off PP1 in favor of David Krejci, but did assist Patrice Bergeron on his goal in the 3rd. 2 point night. Much better. He took quite a few hits tonight, gotta lick his wounds and get ready for Saturday at home.

– The numbers will deceive you. The Bruins DID score two power play goals but they had SIX opportunities. At one point Columbus was out-chancing them on while they were a man down. Unbelievable. Makes you want to gouge your eyes out. Like I said above, Bruce put two defensemen on the ice for the last PP opportunity and I wonder if he sticks with that. There’s zero net front presence.

– It is insane to me that the league can’t review a goal that was scored after it hit the netting unless it basically goes in right after. That’s nuts. We review literally everything but that can’t be reviewed?

– Two power play goals for Patrice Bergeron. Great shot on the first and a tap in on the second. He’s dominating at the dot. The world falls back into place when he plays well. Just need Marchand to get back to doing Marchand things and putting the puck in the net. (He did have an assist tonight)

– CBJ did a great job of stretching the D out with their long outlet passes. Something to keep an eye on. Almost Toronto-esque.

– Sergei Bobrovsky made some great saves (again) tonight, but I think the B’s did a better job at shot selection and crashing the net.

– Sean Kuraly has the god damn clutch gene. B’s need a cushion in the 3rd? Sean fucking Kuraly. Columbus’ own. His 2nd of the ploffs. Huge.

– Tuukka Rask absolutely stood on his head tonight. Simply incredible. Remember when we were talking about how short his leash was gonna be since Halak is waiting in the wings? Haaaaaa. 39 SAVE PERFORMANCE including a stop on a penalty shot (shorthanded). Hats off to him. Heck of a game. 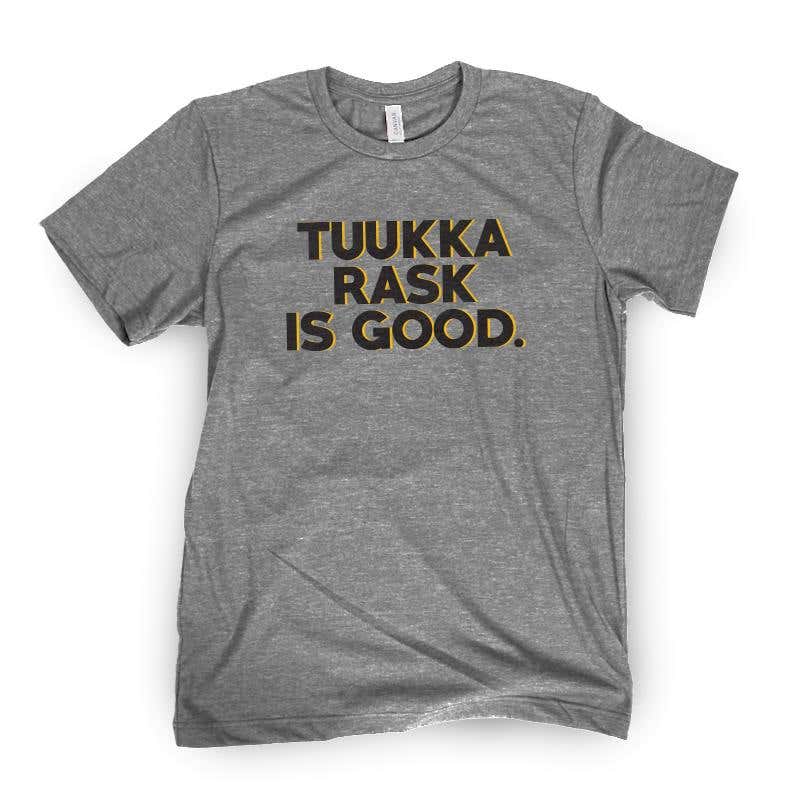 The Bruins have taken back home ice advantage and must win 2 out of 3 at home. Let’s fucking go. Back at it on Saturday night.