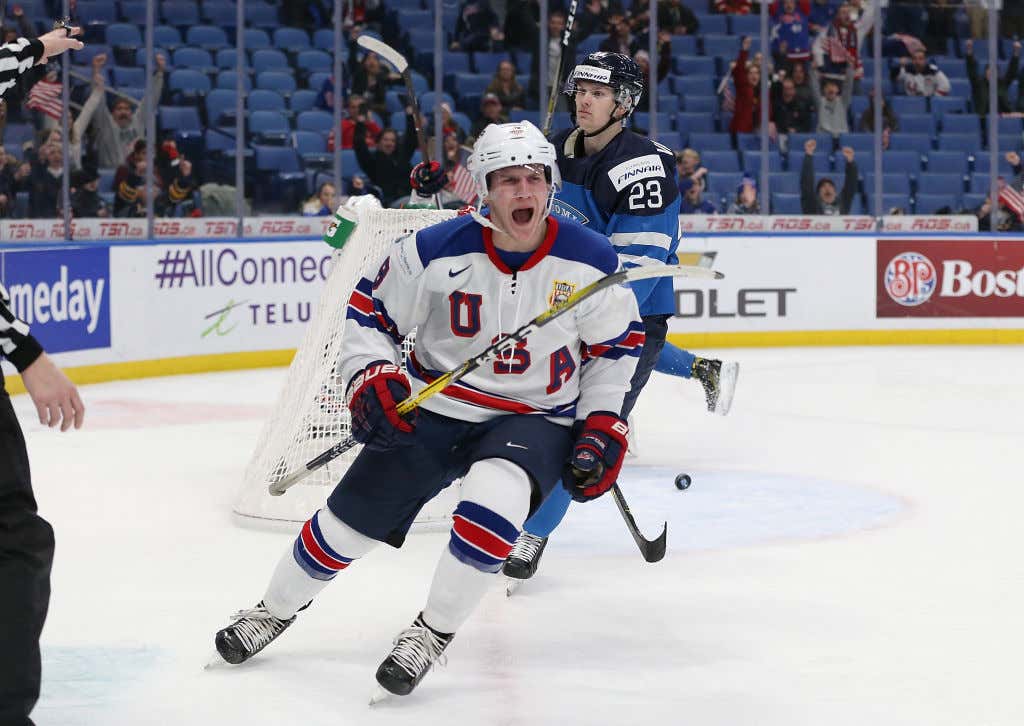 According to Larry Brooks of the NY Post, the New York Rangers have acquired the rights to Harvard senior standout Adam Fox from the Carolina Hurricanes. Fox was originally drafted by the Calgary Flames in the 3rd round of the 2016 NHL Draft then was traded to the Hurricanes this past summer in a deal that sent Elias Lindholm and Noah Hanifin to Calgary. Fox informed the Canes this summer that he will be returning to Harvard for his senior season, likely meaning he will not sign with the team.

Fox has solidified himself has one of the top players in all of college hockey the past three season while playing at Harvard and is the only defenseman in the NCAA in the past 20 seasons to average over a point and a half per game (1.45 but I rounded up). In 33 games this season, Fox had 48 points and the All-American led the entire NCAA in assists. So it’s safe to say the Rangers got themselves a stud defenseman and it only cost them a 2nd rounder and a conditional 3rd.

I really don’t think it’s a bad move for the Hurricanes either. The kid wasn’t going to sign in Carolina, plain and simple and they managed to trade a 3rd round pick, who has never played a minute of NHL hockey for a 2nd and 3rd. They could have lost him for nothing and that Hanifin/Lindholm/Hamilton/Ferland trade would of looked a lot worse.

I remember I was at a bar last year with a couple guys who played against Fox in the ECAC, they claimed he was the best played in all of college hockey. Fox also was a key member of the US World Juniors teams the past two seasons where he was one of the captains on the teams.

I’d describe Fox as a puck moving defenseman with high end offensive ability, who will at worst be a 2nd pairing defenseman at the NHL ranks. So I think the Rangers just got themselves a stud and the Long Island native will get his wish and get to play close to home so it’s a win-win for everyone here.