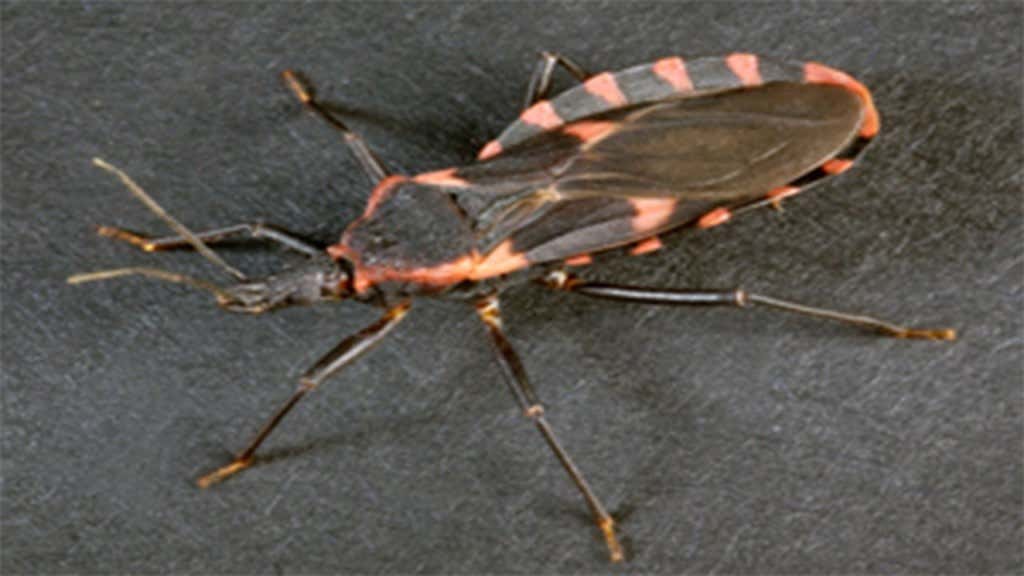 ABC 7 - The dreaded Kissing Bug is on the move spreading disease as it goes.

A map from Centers for Disease Control shows how it’s made its way North, including Illinois.

Doctors call it the Kissing Bug because it crawls around your mouth and eyes and bites you as you sleep.

The danger isn’t in its bite though but its feces.

“Patients, when they are sleepy, the part where the insect has bitten them, they’ll accidentally rub in the poop which has the organism in it into the wound. And that is how you get Chagas disease. From there it extends from the skin into the bloodstream,” said Infectious Disease physician Tom Moore.

You gotta be fucking kidding me.

Not that there’s a bug that’s worked its way up here, but that it’s a fucking super-genius bug. Anybody’s natural reaction to when they feel some crawling going on is to smack that thing to the other side of the room. And now you’re gonna tell me that when I smack this thing off of me that I’m going to smear its shit into the bite wound and get some disease called CHANGAS?

I have no idea what changas is, but based on the name it’s something that you definitely don’t want to have I assume. Could be the new rabies for all I know based on how it flows off the tongue. You know as a kid rabies kinda sounded funny so you’d give your buddy shit and tell other people that he had rabies. I bet that’s what kids are going to start doing with changas. I have nothing to back that up, but it’s just a gut feeling based on pronunciation.

Anyway, fuck these things. We found out recently that the rumor of us swallowing 8 bugs a year during our sleep is false. Now these assholes spreading around CHANGAS are making that a reality? Gonna need JB Pritz to start worrying about these and stop worrying about Asian Carp ASAP.

Or just stay in the damn south you creeps.