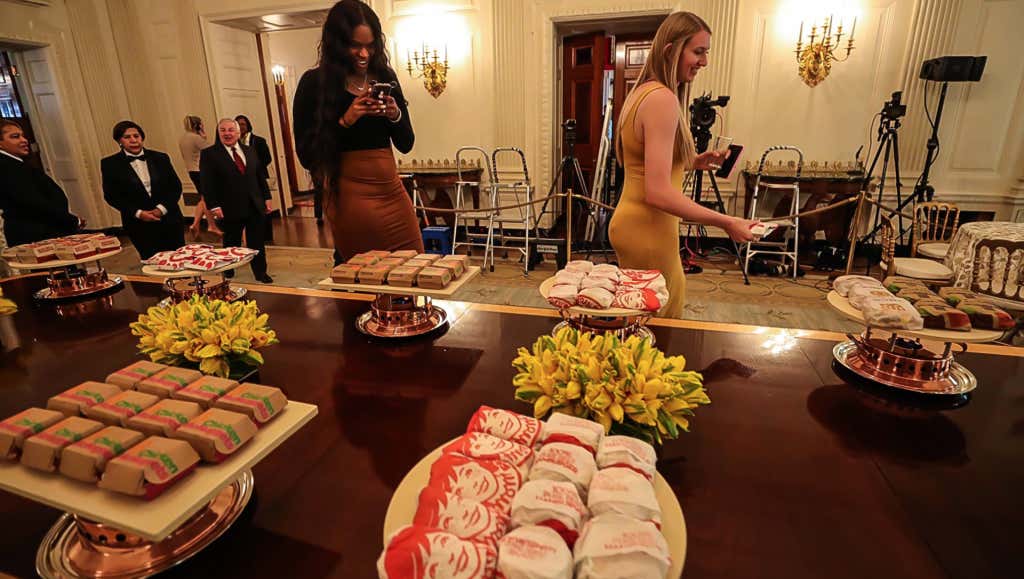 What’s the old saying? Twice is a coincidence but three times is a trend. Well, guess what? 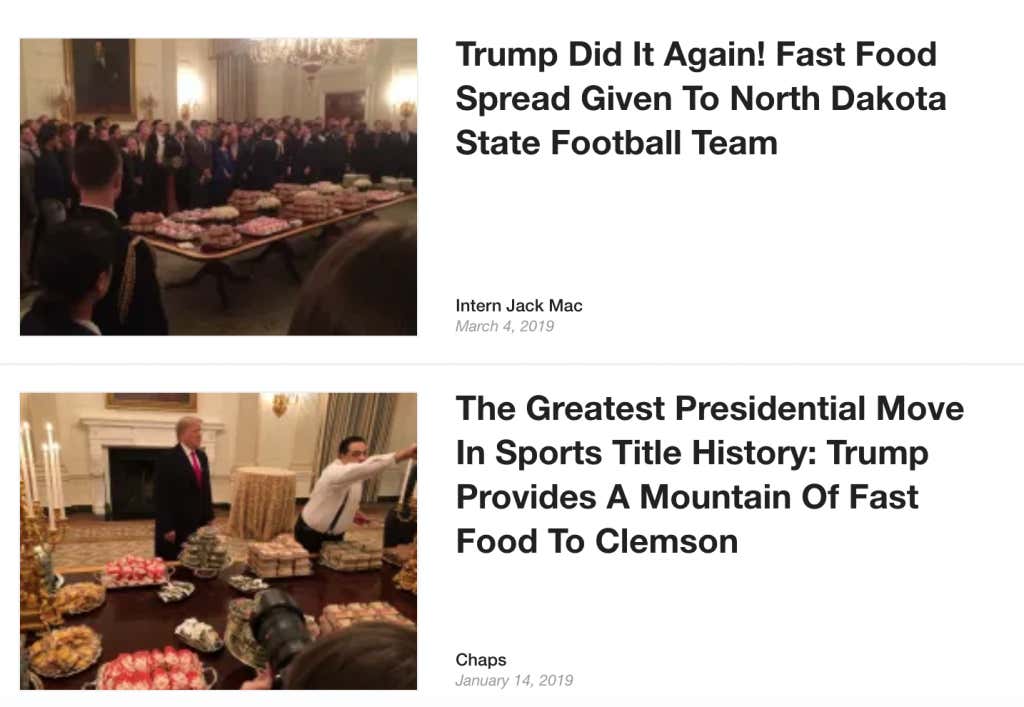 This makes it a trend. We’ll never forget the first though with Clemson’s football team. That one really had people buzzing. Then he followed it up with the FCS champion North Dakota State.

Now, yesterday, Baylor had its women’s team at the White House to celebrate its national title. And you can see the pictures. Burger King, McDonald’s,  Chick-Fil-A and Wendy’s for everyone!

Now, JackMac had this in a blog earlier. This was the breakdown of Clemson’s meal: 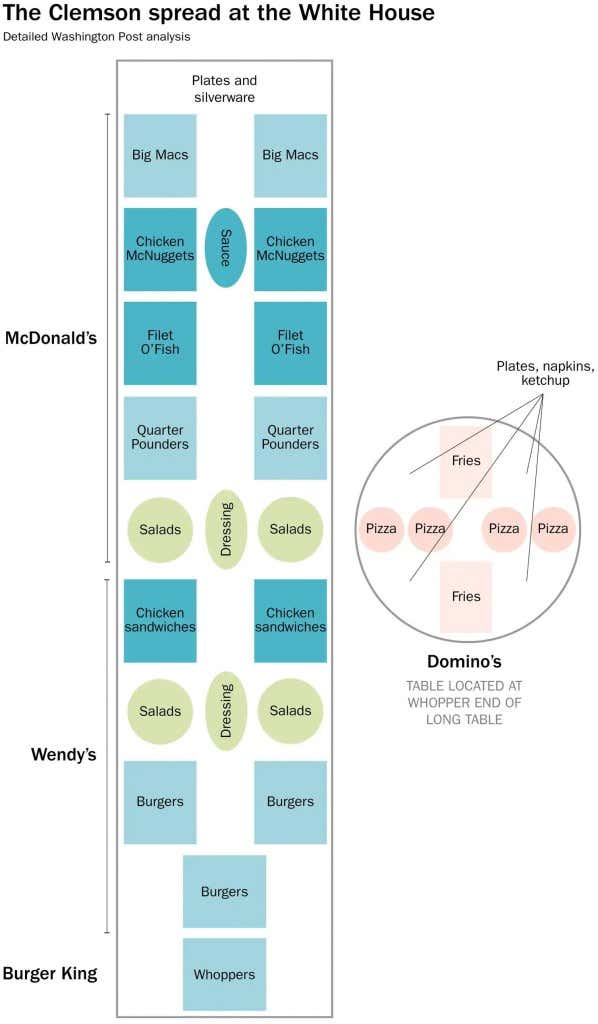 Now, call me crazy, but I think Baylor got the better spread here? Mostly because we don’t have any any Filet O’Fish and the addition of Chick-Fil-A. I mean there are some quality burgers here for fast food places. You have the Whopper, you have Chick-Fil-A and you have Wendy’s. But the real kick here is adding Chicken Nuggets from McDonald’s.