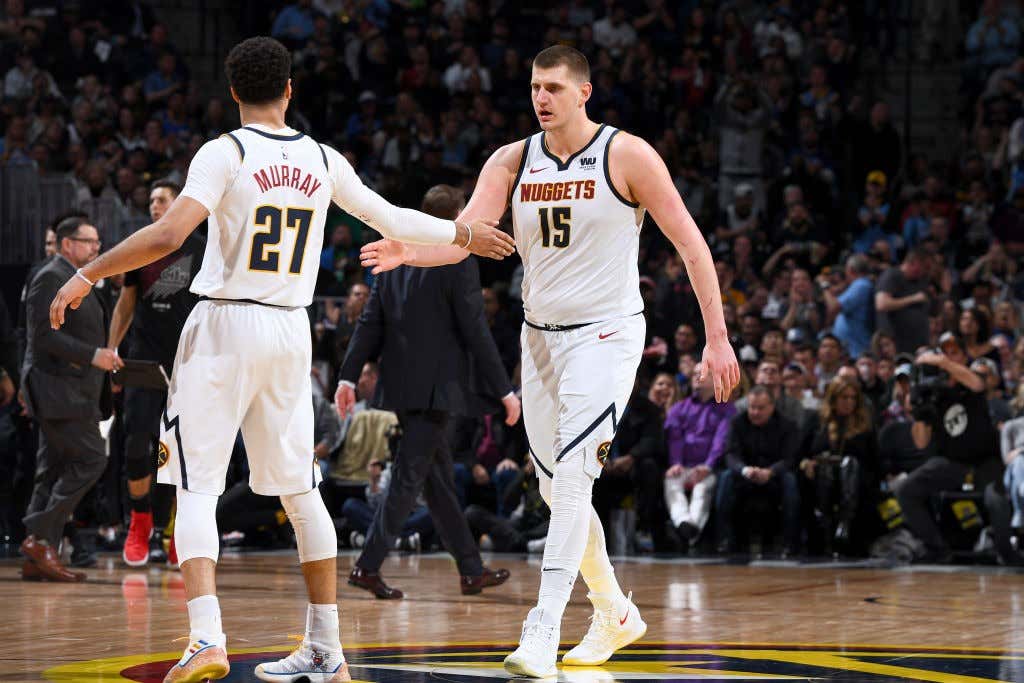 Good morning everybody happy Tuesday and welcome back to another edition of Last Night In The NBA where we bring you up to speed on everything that went down from the night before in the Association. We had two more games on the schedule Monday night, and thankfully we were finally blessed with a night of competitive basketball from everyone that played. We were promised that the second round would be amazing and after a slow start we’re definitely getting closer to that idea. It sounds silly but even this early in round 2 seasons were on the line and there were high pressure moments which are what make the playoffs so much fun. If you were busy and couldn’t watch that’s OK, here’s what happened.

After what we saw in Game 1, this was about as must win as it gets for the Sixers last night. Playing in TOR is always tough, defensively in Game 1 they showed no answer for the Raptors two best players in Kawhi/Siakam and going back home 0-2 against this caliber of team would have been a tough spot. Add into it that Embiid wasn’t 100% because he couldn’t stop shitting himself, and there’s no debate this was the biggest game of the Sixers season. The beauty of the playoffs as we know is the adjustments and chess match between the two coaches, and you have to admit Brett Brown won that battle in this game. I thought the defense that Simmons played on Kawhi was solid, he may have gone for 35 but it wasn’t easy for him like Game 1 was, and from top to bottom this Philly team played with much more energy on that end and the results speak for themselves.

This wasn’t a case where all the Sixers stars showed out offensively like we’ve seen in the past, it was mostly Jimmy Butler

But in terms of style, this is how the Sixers should want to play. Ugly this shit up and keep it close down the stretch. Why? Because the Sixers during the year were one of the best close came clutch teams in the entire league. When you have a closer like Butler who is not afraid of the moment and seemingly comes through time and time again in these huge spots where the Sixers need a bucket, their only chance really is to muck it up and play this style. To be able to survive a game in which Embiid was mostly a non factor other than his huge bucket with 25 seconds left is a gigantic accomplishment because now this series has new life. Game 1 means nothing since Philly got the split and they did it shooting just 39/28% with 19 TOs. Those sort of numbers don’t usually lead to victories in that building.

Also quickly, shoutout Greg Monroe. The guy has played for every team in the Atlantic Division it seems and he was a huge factor in why PHI was able to win this game. Just typing that sentence feels weird but it’s true, the Moose was definitely loose. His 10/5 in 12 minutes may have very well saved the Sixers season.

For TOR, it’s always risky to blow opportunities like this. When you get to this part of the postseason and your opponent isn’t 100%, you have to take advantage. While Kawhi/Siakam again did most of the damage, they were not nearly as efficient as Game 1 and that was a problem

For having one of the best benches in the NBA they got jack shit from their second unit, just 5 points on 2-11 shooting, and their three main bench players were a combined -47. That’s bad. I don’t know what version of Serge Ibaka we saw last night but it was not a good one and that’s a gigantic problem for how TOR plays. They need him to at least be serviceable, and it got to the point where you really couldn’t even play him against Embiid. IO don’t know how TOR counters that, but that’s something to keep an eye on, especially if Gasol isn’t going to be scoring the ball.

Because their the Raptors, of course they went on their run to make this a close game in the final moments, and I must say I haven’t seen Danny Green miss that many wide open huge pressure threes in a long time. Maybe that’s because he always makes those against the Celtics, but he had two huge opportunities that you simply have to make at this time of year. As a team they shot just 36/27% which is tough to stomach given you’re supposed to shoot well at home, and now things only get more difficult from here. Now we see what sort of adjustments Nick Nurse will make, because he has to try something.

Also, on the final sequence, I’m pretty sure Kyle Lowry went for the nutmeg, which is so ridiculous there has to be another explanation. I know he’ll say it probably slipped, but I’m not so sure

that’s not the look of a dribble that slipped out of his hands, there was intent behind that move which would make me furious as a Raptors fan. Sure he hit some big threes in the fourth but he still kinds stunk all night and then tried to pull that shit? Infuriating.

This is a weird series because I feel like going into it the Nuggets, despite being a 2 seed, were considered underdogs. Maybe that’s just me, but I feel like after what Dame Lillard did in the first round and how the Nuggets went to 7 against the Spurs that maybe DEN wasn’t getting the right amount of respect. Well we’re in a new series and the performance we got from the Nuggets sure looked like the team that earned that 2 seed, at least offensively.

50/41% splits, 12 3PM and a shit ton of points. That’s the DEN offense we’ve come to expect at the Pepsi Center and it’s why they are so dangerous. I think POR quickly learned that this is not the same caliber of shooting team as OKC, and they are much deeper as well. Now obviously when you have Jokic playing at an MVP level, doing shit that only Alex English has ever done in the history of the franchise, you’re probably in a pretty good spot. When he gets help from his running mate in Jamal Murray who is a bit streaky, this team becomes extremely hard to beat. They had a quick turnaround which you could tell impacted them early, this was a 3 point game at the break, but their offense just kept coming and coming and eventually POR couldn’t keep up.

Remember, POR was only 21-20 on the road this season and DEN had won 3 of the 4 meetings during the regular season, so really this was just more of the same.

For POR, we got more amazing play from Dame who is having a breakout postseason so that was cool

but poor defense and turnovers proved to be the thorn in their side. They shot over 50% as a team which usually works out for them, but the difference was the third quarter. POR allowed their highest point total of the night (35), and it’s very clear that defensively they have their work cut out for them. I think they looked a little better than they are against OKC because that team basically can’t score, but the Nuggets can kill you from so many areas that the Blazers are going to have to go back to the drawing board. If they are giving up 115+ every game of this series it’s going to be a quick one, and they have to find a way to get the non-Dame starters going. CJ McCollum struggled with his shot, Aminu/Harkless gave them nothing, this team is at it’s best when things are balanced and they don’t overly rely on Lillard to do everything.

Obviously the goal here is still a split, and you never know Dame could just take over a game and it’s not like they got blown out. They were in this game the whole way minus that third quarter, so maybe a few tweaks here and there and we could have ourselves a real series.

And that’s it! You’re now all caught up with everything that went down last night in the NBA. We’re back tonight with two more high pressured Game 2s, and as always if you can’t watch just check back tomorrow. Have a great Tuesday!

last night in the nba+ 7 Tags