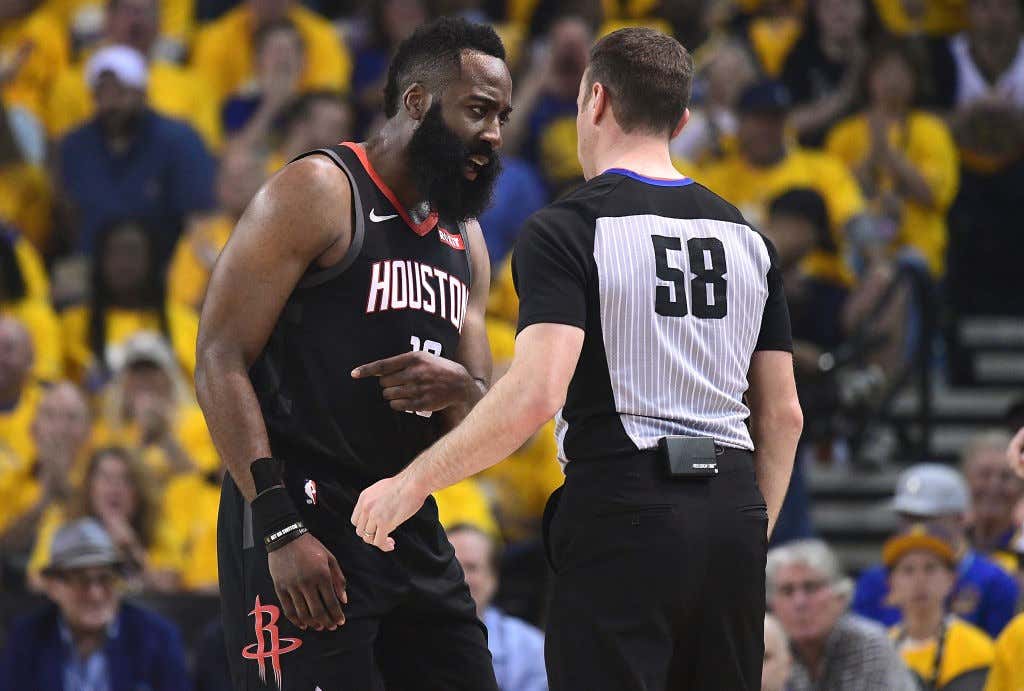 I think everyone who cares about basketball was waiting to see what the league’s 2 Minute Report said about the wild ending in yesterday’s HOU/GS Game 1. The internet has been fighting ever since the final whistle as to whether or not James Harden was fouled on his final shot attempt, one side (HOU and their fans) losing their shit over landing space and the other side (GS fans and anti Harden people) losing their shit about extending legs. Well now we have the NBA’s final verdict so let’s take a look

Well there ya have it. I’m sorry Rockets fans, but Adam Silver saw that direct deposit hit his account and gave the Warriors and their fans the ruling they wanted. Hey, at least Rockets fans were right talking about how it wasn’t an offensive foul on Harden though with that push off. It looks like the extended legs part is what did Harden in, which is interesting because technically that’s not what the rule is about

but hey, Adam Silver gonna Adam Silver. Rockets fans do have a gripe though, because the NBA did admit that they missed a few things in those final moments

If I’m not mistaken, this puts the Rockets at the line down 3 with 5 seconds left. Their margin for victory is still slim, but who knows what happens maybe GS goes 1 of 2 from the line. To add more insult to injury, there was also this play with Curry that had a definite impact on the result that I would be way more upset about as . Rockets fan. You remember when James Harden “stepped out of bounds” and Curry trolled him a little bit? 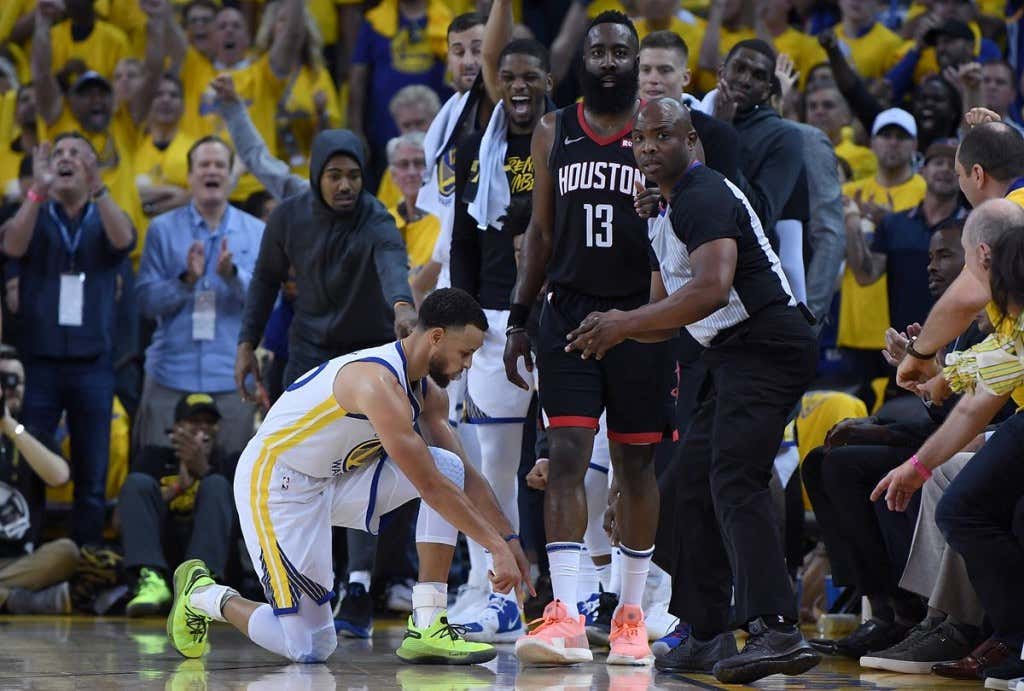 Why is that important? Well, let’s look at what happened shortly after

This also doesn’t show any of the closeouts with Klay since those weren’t in the final two minutes, but it’s safe to say that Rockets fans have a legit gripe as to what went down in the closing moments of Game 1. Not for the final play like so many are talking about, but even the league has admitted they got a rough shake.

I know these L2M’s do more harm than good, it doesn’t change anything and all that, but at least we can agree Rockets fans just aren’t being their normal sensitive selves because things didn’t go their way against GS. This time, they have a case.