Listen, the officiating was suspect today. Actually, it was garbage. Not just at the end of the game, but it was for both teams throughout the entire game. It wasn’t great.

But, uh, James Harden wants a fair chance. I think he’s forgetting something. 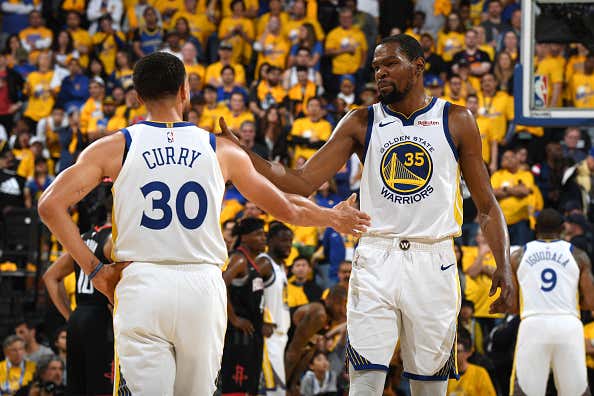 Yeah, those two. You know, two of the three best players in the league. Two of the most absolute deadly offensive weapons in the league and really NBA history. Well, that’s before we even mention Klay Thompson, Draymond Green and perfect role players. That’s sort of the difference here.

I get it. I think there was a handful of times throughout the game that Harden has a point. You need to be able to land – like he mentioned that Kawhi injury with Zaza stepping under him. However, you can’t kick and flail at the same time.

But, Harden, like the rest of the league, is just begging and pleading for a fair chance against this dynasty.