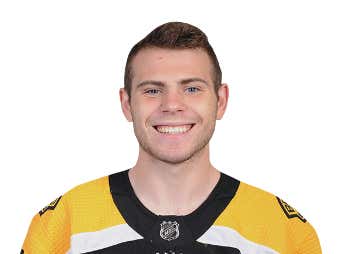 (NBCSN) — Jake DeBrusk has been pretty quiet on social media lately, and he has an unfortunate reason why.

DeBrusk said the threats began around Game 3 in Toronto, after an eventful Game 2 in which DeBrusk’s hit on Patrick Marleau inspired Toronto’s Nazem Kadri to retaliate with a ruthless cross-check that earned Kadri a series-long suspension.

“I think the fact that happened in Game 2 and we were going into Toronto for Game 3 — I was getting death threats consistently,” DeBrusk said. “My family members were telling me that they were getting death threats, as well, so I just wanted to kind of slow it down, in a sense. So, I just didn’t go on (social media).”

When asked if he reported any of the death threats, DeBrusk revealed the scope of the threats, some of which came via direct messages.

“There were too many, to be honest,” DeBrusk said. “There were just too many things going on to (report) threats that were happening, whether it’s comments or direct messages or other things.

“There were just too many. I couldn’t really report all of them. I didn’t report any of them, to be honest. There were so many.”

First and foremost, who could send a death threat to that adorable face right there? What kind of monster could wish death upon that thousand watt smile and those boyish good looks? Do you also threaten the lives of puppies and laughing children? Look in the mirror and think about your lives, you psychos. I mean really think about them.

Secondly, this is just disgusting. Canadians love to portray themselves as the kindest of the North American countries. They say they’re the people who have all the weed and healthcare they desire so they couldn’t possibly ever be in a bad mood and they’re too busy apologizing for existing to be mean. Well now we see the ugly, other side of the coin and it’s just despicable. I heard all their whining all series long, both on TV from the crowd in games in Toronto and on social media in my mentions, but I never would’ve thought they had malice like this in their hearts. To drive someone, and their family, away from social media is one of the cruelest things you can do but I guess that’s just another day in Toronto.

Thank God in Boston we’ve got real fans who respect the game and respect our opponents and would never attack violently anyone on social media. This is a disgrace to the game.

PS – To Maple Leafs fans, I regret telling you to keep your heads up and offering you words of encouragement. You don’t deserve it, you trash people.