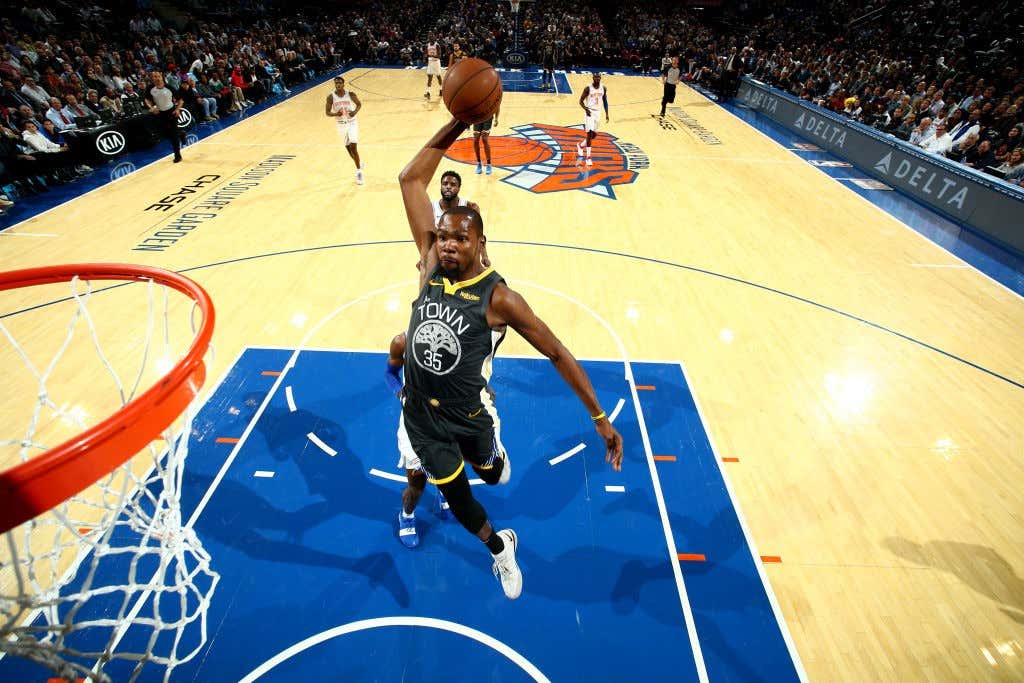 (SNY) – Warriors star Kevin Durant will have his choice of where he wants to play and live next season when he becomes a free agent this summer.

So is it a sign that he is selling his California home?

Durant is listing his Malibu home for $13.495 million, according to the Los Angeles Times’ Neal J. Leitereg, a property he bought for $12.05 million last year.

His current place, a multi-level beachfront house, is close to San Francisco, where the Warriors will move to next season given this is their last one at Oracle Arena. And Durant, according to The Undefeated’s Marc J. Spears, is the only active Warriors player living in San Francisco (at the moment).

Common sense tells you that this is the very definition of a non story. Rich people sell real estate all the damn time. But when it comes to NBA players who also happen to be free agents this summer start making real estate moves of course the internet can’t leave it alone. Just like when Kawhi bought that mansion in Southern California a few months ago. Sometimes you have to read in between the lines and see what isn’t there to get an idea as to what these guys may be up to starting July 1. I can fully understand if you’re a fan of a potential landing spot for one of these big fish you’ll take any bit of news you can find and spin it in a way that helps convince your brain that the star is coming to your favorite team. We saw Knicks fans do it when news came out back in February that Durant was moving his investment firm to NYC, and now we have him shedding West Coast real estate. That’s more than enough ammo to run with even if it’s completely ridiculous.

Again, common sense will tell you that Malibu isn’t even remotely close to the Bay and chances are that’s probably why Durant is selling. Why carry a $13M dollar house if you’re never there. I don’t care how rich you are that just doesn’t seem like good business. Now if there were reports he was also selling his Bay Area home, well then we’d be cooking with gas. My guess is we’re still a few weeks away from that, although if the Warriors lose in the first round maybe it happens sooner than we think.

That’s why if I’m the Clippers, I’m finding a reporter and giving him this story so that in the next media scrum someone can ask him about this in an effort to get him off his game. If there’s one thing we KNOW Durant hates it’s talking about his future based off random internet rumors, so if I’m the Clippers and I’m looking for any advantage ahead of Game 6, this is where I’m going. Any time and effort he spends answering questions on things that have nothing to do with the series that may get to him mentally you have to try if you’re a Clippers reporter.

Also as a side note, if you’ve never been to Malibu you need to hit up Leo Carillo State Park. Not only is it one of the most beautiful places I’ve ever been with 3 private beaches and all that, but it’s also where Neptune’s Net is and that place has some of the best food you will ever have. If you find yourself in that neck of the woods you will not be disappointed. Trust me.