Other than the actual playing of football games there is no more exciting time than the NFL Draft. This is the time of the year where all of the hard work is finally about to pay off and make dreams come true. Not just for me but for the players that get drafted too.

We don’t have a 1st or 2nd round pick this season, but I think 100% of Bears fans are just fine with that.

We do however have 5 picks in the 3rd round and beyond and these are the guys I believe the Bears should target to complete our Super Bowl Championship Roster:

-Sanders should be a 3 down back in the NFL. He possesses good vision, footwork, and patience. He has a good frame for blocking and YAC.

-After a few seasons in Nagy’s offense most NFL experts should consider him the best Sanders to ever play the running back position in the NFL.

-Jordan is a large man with a big punch. He’s only 21 so he has time to further develop and working with the great Harry Hiestand can potentially turn him into a pro-bowl caliber guard or center.

-The City of Chicago has a decent history in drafting guys named Michael Jordan.

-Big 10 guy that knows what it takes to play in Bear Weather. 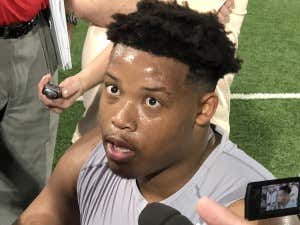 -Johnson has the versatility to play either safety position and has great leadership qualities.

-Plays with passion. Big hitter that is always in position and finishes his tackles.

-Can be a premier Special Teams player and then slip into a starting safety roll after Dicks is gone. 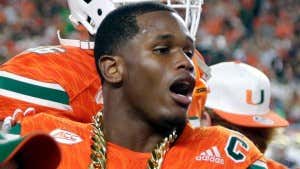 -Former option QB that would give Nagy more options to use his defensive players on offense. 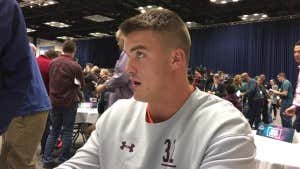 -Kid has a huge leg and a Chicago style body to go with it.

-Hit a 57 yard game winner and a 62 yarder in his college career.

Of course anything can happen like the Bears trading for Robbie Gould, or even trading down to get more mid-round picks, but if they stand pat and take the players I spent many long hours scouting, they should have the final pieces for their first dynasty since the 1985 Bears.

Bop Up, Bear Down