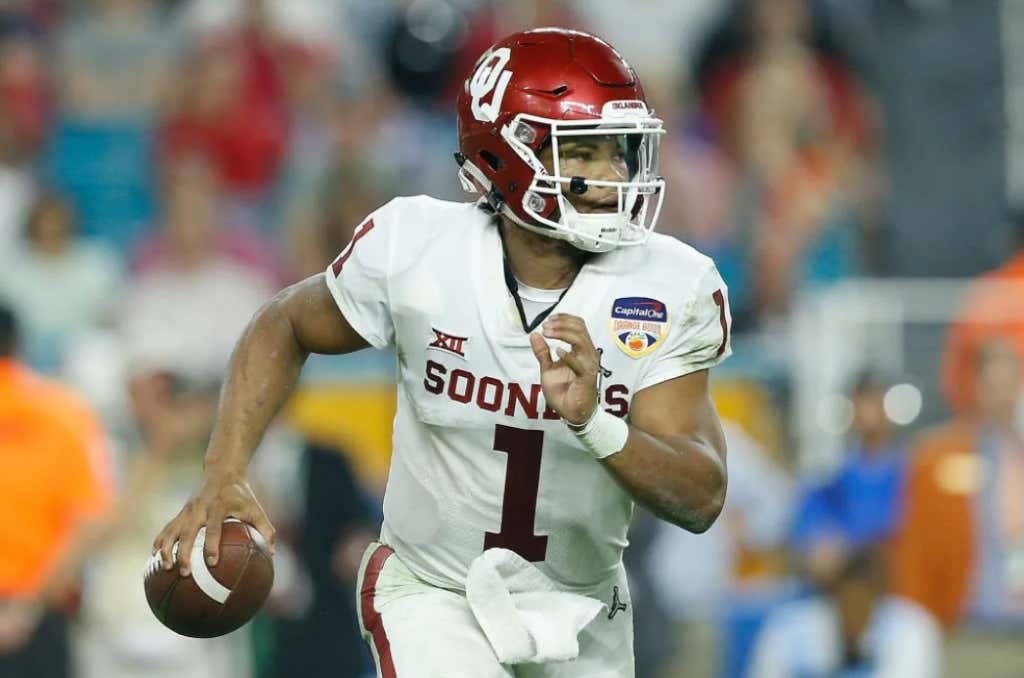 ‘Twas the night before Christmas…

Earlier today, the still presumed #1 overall pick was apparently supposed to make a charity appearance but didn’t. According to PFT, of all the players reportedly invited for the first round, he’d be the only original green room invitee to not be at the event this morning.

Travel issues? Other complications? Scheduling problem? Maybe. Could mean nothing at all.

HOWEVA (Stephen A voice), the Arizona Republic is claiming that it wasn’t any of those things, but that he simply “had other places to be.”

Listen, I won’t sugar coat this. IF (and I can’t capitalize IF enough), it’s not a great look. At all. Especially the day before the draft. There’s already speculation on his dedication, his attitude and his head space. Alexa play: “Did you see him on Dan Patrick?!?”.

But then again it could be as simple as his plane wasn’t scheduled to arrive in Nashville until after the event in the first place and there was a miscommunication.

I’d like to believe the latter, but I’ve been fooled before. It’s not like he has a stellar reputation off the field across the board.

But everybody who consumes Barstool SPORTS knows I’m a Kyler Murray fan. Not only do I think that he 100000% made the right decision to play football over baseball, I do think he’s going to translate to the next level. I think he’s that talented. Sure, it’s a risky pick, but so was Baker Mayfield. Pretty sure everybody would agree that the Browns made a good decision at this point.

My final case: He’s the most athletic QB of the group, which in Barstool terms means he’s absolutely electric. Kliff Kingsbury has basically been recruiting him for seven years. He’d be perfect in a KK offense in Arizona just like he would’ve been at A&M. Just insert all the cliche terms here: explosive, accurate, solid arm strength, play-maker, can create something out of nothing when he’s forced out of the pocket… etc, etc.

And yes, he’s short. I’d say ‘find a new slant’ but I understand the concern here even though I think it isn’t a def con issue in today’s NFL. And I couldn’t give a flying fuck that his Wonderlic score was the lowest of the top QBs.

Usually “Vegas knows more than we do” plays well with things like the draft, but at the same time I still have the gut feeling he’s off the board first. Or maybe Kliff and company are going to shop that pick and stick with Josh Rosen? Either way, we are less than 24 hours from finding out.

But if the reports are right and he IS actually just dicking around and big timed a charity event because he has better things to do (aka “I’m too good for that”), it really is a red flag. I still chose to believe it’s an overreaction in attempt to have the “Kyler Murray Hates Charity – ESPN, probably” headline though.

Oh ya and PS: He signed with Nike today and the commercial is – wait for it – electric.