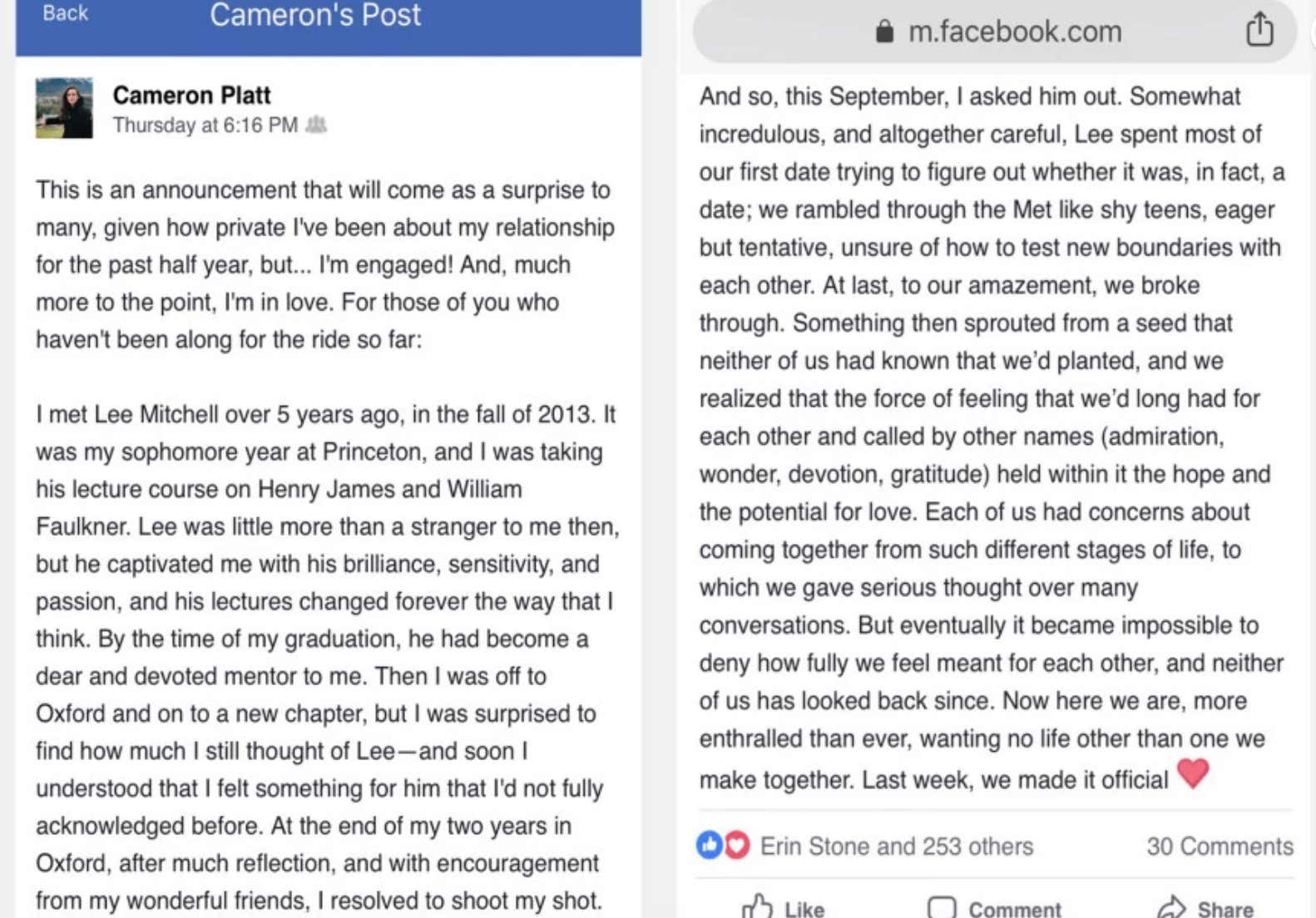 NY POST - Princeton University’s 2016 valedictorian hit the books — then hit on her 71-year-old former professor, to whom she is now engaged.

Cameron Platt, 25, who was a star student at the Ivy League university and just finished her master’s degree at the University of Oxford, recently gushed on Facebook in a private post about her septuagenarian fiancé, Lee Clark Mitchell, who will be 72 in June.

Meet 25 year old Cameron Platt, who was Princeton’s 2016 valedictorian and just finished up getting her master’s at Oxford. 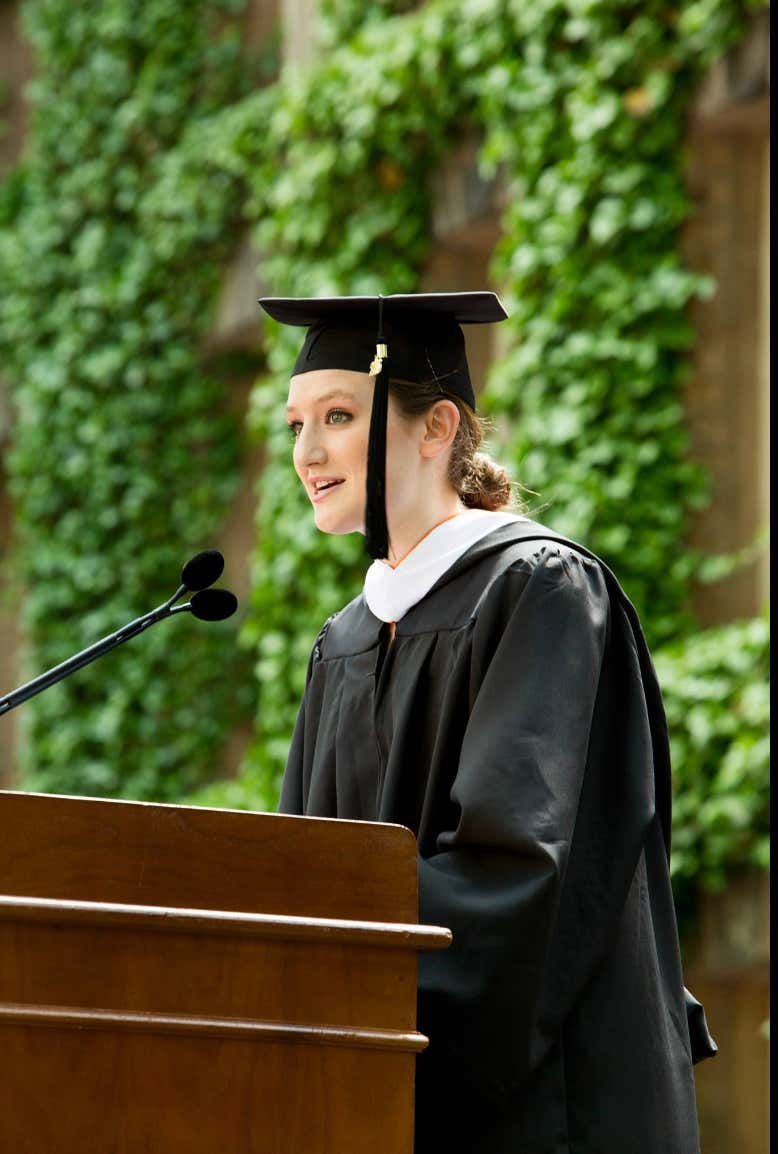 When Cameron was a sophomore, she took a class on James and Faulkner, taught by the Chair of the English Department (and all around handsome looking old man) Lee Clark Mitchell (3 names, always means either super smart, or serial killer.) 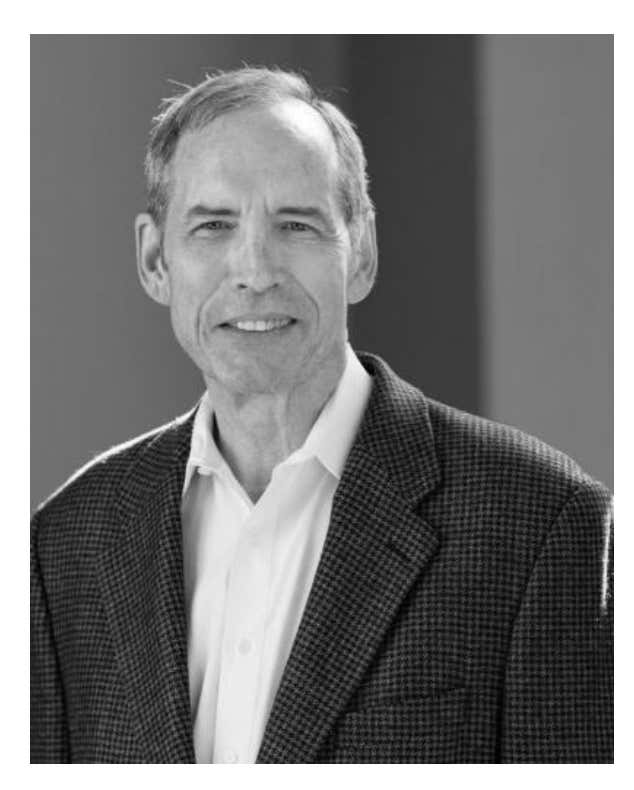 “I was taking his lecture course on Henry James and William Faulkner. Lee was little more than a stranger to me then, but he captivated me with his brilliance, sensitivity, and passion,” Platt wrote in the April 18 post. “His lectures changed forever the way that I think.”

And you guys wonder why I read so many books and Wikipedia articles every night.  Chicks dig brains.  And ladies, if you ever wanna learn about pre-18th century British Lit, hit me up and let’s get dinner on the books.

Now if you’re thinking the ocean between them, along with the age difference, would cause them to fade in each other’s minds – you were wrong.

In this case distance really did make the heart grow fonder.

During her two years in England, loving thoughts of her gray-haired prof frequently came to mind, she said, even with an ocean between them and her undergraduate studies long in the rear-view mirror.

“I was surprised to find how much I still thought of Lee — and soon I understood that I felt something for him that I’d not fully acknowledged before,” Platt wrote in the Facebook post.

And Cameron said enough is enough – it’s time to make a move.

“At the end of my two years in Oxford, after much reflection, and with encouragement from my wonderful friends, I resolved to shoot my shot.”

People forget it was Faulkner himself who basically invented the phrase “shoot your shot” in Mosquitoes:

“I think the serious things really are the things that make for happiness–people and things that are compatible, love…. So many people are content just to sit around and talk about them instead of getting out and attaining them. As if life were a joke of some kind.”

“You miss 100% of the things that make for happiness when you’re content to sit around and talk about them” – Michael Jordan – Wayne Gretzky – Michael Scott – William Faulkner – Cameron and Lee.

The two went on the most English-major date ever to the Met – and the sparks flew.

…The young scholar reached out to Mitchell this past September and asked him out for a date at the Metropolitan Museum in Manhattan, where they frolicked through the galleries like “shy teens, eager but tentative,” Platt wrote.

She said Mitchell, likely confused by his young suitor’s attraction to him, spent most of the first date trying to figure out if it was actually a date, while they were both “unsure of how to test new boundaries with each other.

“At last, to our amazement, we broke through. Something then sprouted from a seed that neither of us had known that we’d planted, and we realized that the force of feeling that we’d long had for each other and called by other names (admiration, wonder, devotion, gratitude) held within it the hope and the potential for love,” Platt went on.

No idea how the sex is, but I would guess their bedtime discussions of The Portrait Of A Lady are orgasm-inducing, especially the novels theme of Old World vs. New and the “spirited young woman reaching out for destiny.”