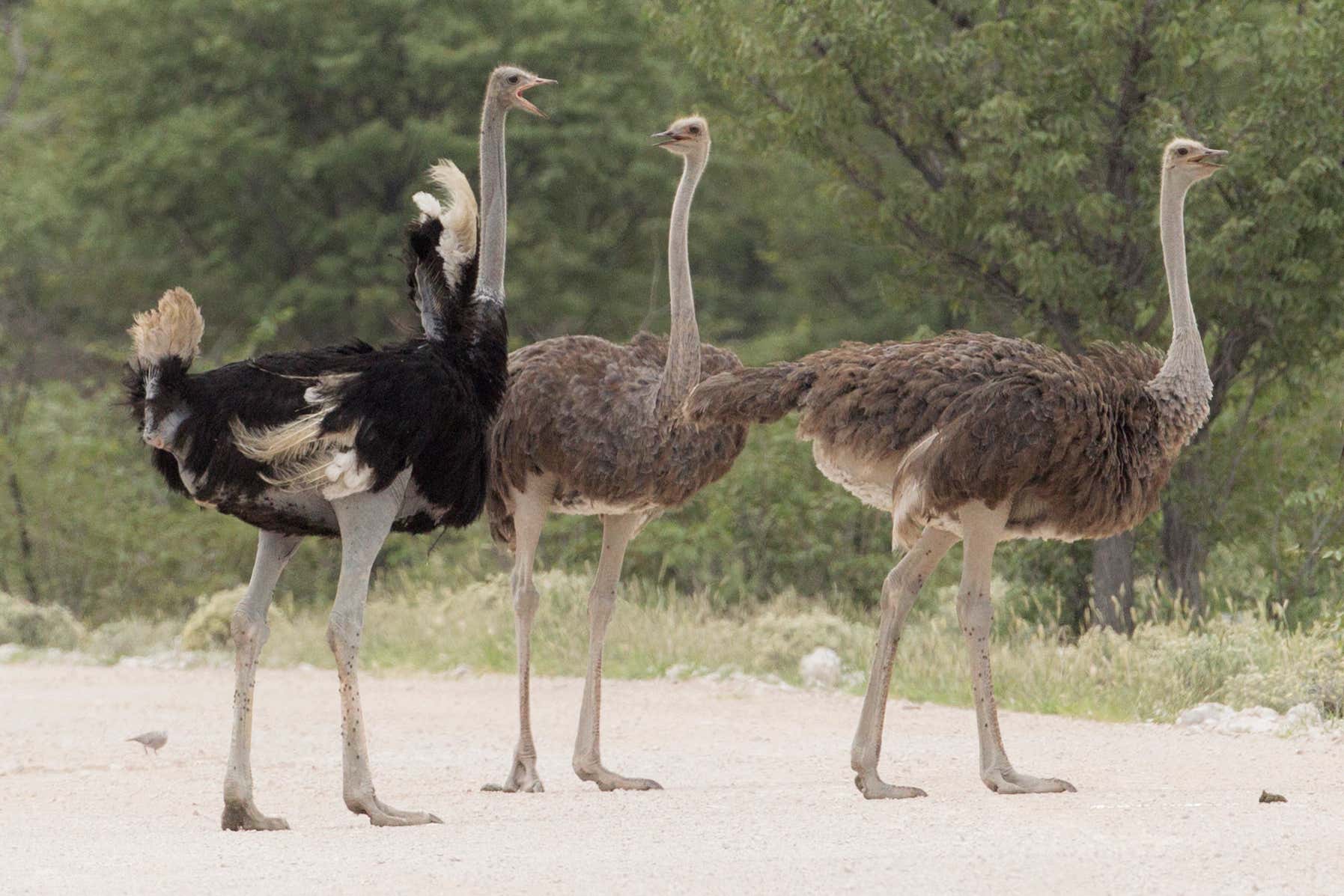 Before we even get started here, let me just make a couple of things perfectly clear:

This is simply a hypothetical question. And in this hypothetical situation, the ostrich is a willing participant in the fight. He’s even been promoting the fight for the past couple of months. It is far from an unsuspecting creature being ambushed. But please do not attempt to recreate any of the events we are about to discuss right here. Ostriches are majestic creatures and should be treated as such.

Okay so now that that’s out of the way, let’s get into this a little bit. It all started on Sunday night. Game of Thrones had just wrapped up and I was looking for something else to watch that I could just shut my mind off to. So I decided to throw on “Life” on Netflix. And on this particular episode of “Life”, they showed a bunch of ostriches just doing some ostrich shit. And I just couldn’t believe that these mother fucker live on the same planet as us. I mean look at them. These things are pretty much dinosaurs. Long ass legs. Long ass necks. Tiny little heads. Gigantic bodies. They are birds but they also can’t fly. Nothing about an ostrich makes any sense. But they’re fucking massive. So naturally, I wondered how human beings would fare against an ostrich in combat.

Now obviously we are talking about hand-to-hand combat here. No weaponry allowed. Just a group of guys against an ostrich in a sparring match. We’re not trying to injure the ostrich. We respect the ostrich and we’re just looking to win the fight.

The common male ostrich is somewhere between 7-9 feet tall. They can weigh anywhere around 250lbs and can run approximately 43-45 mph. Also, these sons of bitches have a kick that is strong enough to kill a lion. And I’m pretty sure that they kick forward so that’s going to make things pretty damn difficult if you’re trying to wrestle the ostrich.

Right off the bat, this thing is just so much bigger and so much faster than anybody you’re going to bring with you. Also, you can’t be bringing any of your friends who always skip leg day at the gym. Because unless you have a solid base, you are getting kicked in the chest and you are going to go flying like 20 feet back to your death. So you really need to be smart about the squad you assemble. You need some guys with strength. You need some guys with speed. You need a lot of guys who have a ton of heart.

I’ve thought about it a lot and I think that maybe 5 guys could do the trick. And you’d need a foolproof plan. Maybe figuring out a way to cover up the ostrich’s eyes to make it think like it’s night time or something could be a savvy trick to get an advantage. But that’s assuming that nobody ends up getting kicked in the chest straight off the bat. If you lose one guy out of your starting 5, you’re fucked. So maybe you’d need to have a starting 5 and then a few bench players just in case? I don’t know. What I do know is that any bird that is capable of potentially killing a lion would take at least 5 guys to beat it up in hand-to-hand combat.

And again, this is all just hypothetically speaking about an ostrich that actually wants to fight a group of humans. Please do not attempt to fight an ostrich, or any animal for that matter, anytime in the next 60-70 years. I should probably be dead by the time those 70 years are over so I can’t really tell you what to do anymore once I’m gone. But at least for the next 60-70 years, do not actually fight an ostrich. Just think about it theoretically.