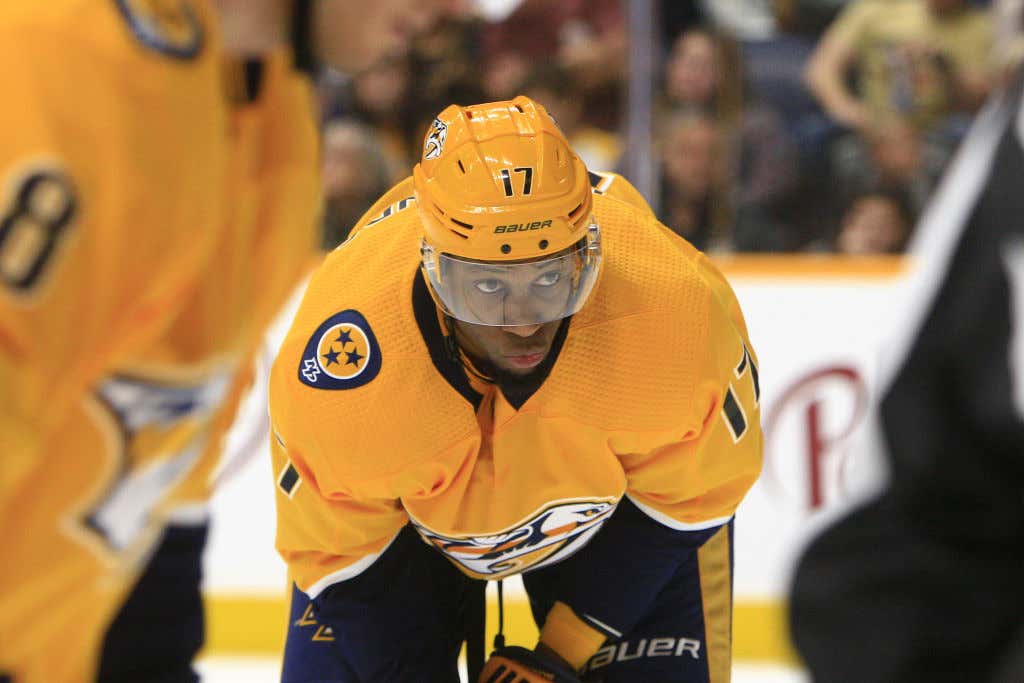 I mean…what the fuck was that all about?

When the Philadelphia Flyers traded Wayne Simmonds at the final minute before the trade deadline, it was like the organization decided to drop a bowling ball from the top of the Comcast Center squarely onto everybody’s dick and nuts. For all the female Flyers fans out there, it was like they dropped it onto their lady dick and nuts. Not that everybody didn’t see it coming or anything. But that still didn’t change the fact that it hurt like a bitch to see Wayne go. The only thing that eased the pain slightly is that we knew he was heading off to a better team that would legitimately give him a shot at the Cup with Nashville. Or so we fucking thought.

But here we are just about 2 months after the trade, and the Nashville Predators 2018-19 season has ended after losing in the 1st round to the Dallas Stars. No pun intended but that’s a load of horse shit. The Flyers basically gift wrapped Simmonds for the Predators. Ryan Hartman is a solid player and everything but Wayne Simmonds for Ryan Hartman and a conditional 4th rounder in 2020? That’s a joke. But the goal in mind was to send Wayne Simmonds to a contender. The goal in mind was to give one of the biggest warriors in the league a crack at the Cup. And instead, the Predators pissed all over the trade and shat all over their pants in the playoffs. If Wayne Simmonds wanted to lose in the first round of the playoffs, he could have just stayed in Philadelphia.

It’s just pathetic, is what it is. Have some goddamn respect for yourselves. Stanley Cup Finals 2 years ago. Bounced in the 2nd round last year. And now this? I hate to say it but the Nashville Predators are done. If they couldn’t get it done at any point over these last 3 years, it’s over for them. I know that Nashville is a sick town and everything like that, but maybe tell Wayne he’s free to come back home this summer. There’s an actual future here in Philly.