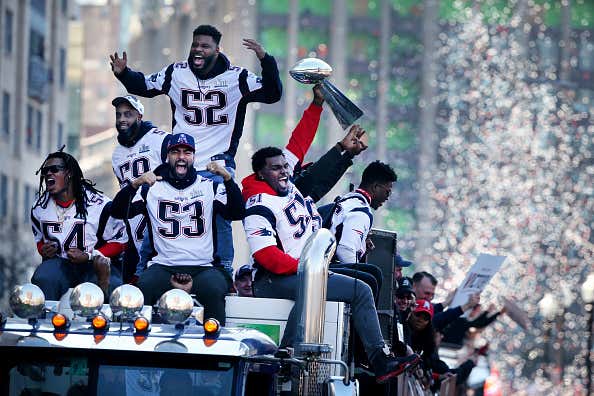 Positional overview: Of all the positions that have been affected by the NFL’s relentless march into a Spread Offense future where Bill Polian’s fever dream of pro football as a giant, nationwide 7-on-7 drill, possibly none has been hit harder than linebacker. The off-the-ball linebacker is turning into the Neanderthal of football, not just in our lifetimes but before our eyes. At least the traditional linebacker as we knew it. The ones who used to be, along with quarterback, obviously, the glamor position in the game. The big, punishing, brutal, feral maniacs who patrolled the middle like Nietzeche’s Ubermensch and were the iconic face of every great defense from Butkus to Singletary, Lambert to Urlacher and Lewis are on the Endangered Species list. Replaced by smaller, more agile coverage linebackers and hybrid safeties in order to stop the 260 lbers from getting exploited in the passing game. And as the league keeps morphing into a base nickel game (74% of all snaps last year were from subpackages), teams are increasingly unwilling to spend a lot of draft capital into what has become a 2-down player.

The Patriots aren’t quite there yet. Having invested a 1st round pick in Dont’a Hightower and the rare second contract to keep him when he was the most swiped-right free agent on the market two years ago. For their scheme, linebackers are the middle cogs in all the interlocking gears that are the line of scrimmage and the secondary. It’s not so much about how athletic those cogs are as long as they mesh with the moving parts around them. It’s a position that for them is very much about what’s between your earholes. Understanding the overall concepts, reads and the assignments of all 11 defenders. Which is why Kyle Van Noy was an upgrade from a freak physical specimen like Jamie Collins. And how John Simon has made a positive impact while Cassius Marsh was a useless malcontent.

To that end, in their 19 drafts under Bill Belichick, they’ve selected 23 off-the-ball linebackers. But only five in the first two rounds. They’ve taken six total in the last four drafts combined, but none earlier than Round 5. Generally speaking, they’ve preferred to pick up low-cost veterans and keep the ones who can best fit into their scheme. One draftee who looks to play a major role in that scheme is Ju’Whaun Bentley, who looked like a major heist from last year’s draft (143rd overall) before he went down with an injury in Week 3. But even with him coming back strong, they never don’t need capable bodies in the middle of their D.

The Two Mortal-Lock 1st Round Devins:

It says a lot when, as a sophomore, you lead the SEC in tackles with 133, with 14 for loss and 4.5 sacks, win your team MVP and be named a permanent team captain, then upgrade your game in your junior year. But that’s what White did as he won the Butkus Award. This converted running back has preposterous speed for his position. Plus the body you’d ask the Zoltar Machine for if your one true wish was to be a linebacker. He’s got a thick frame that will absorb lead blocks and stop ball carriers in their tracks, with three forced fumbles last season. He’s also got the best read & react skills in this class, with the instincts to diagnose a play pre-snap, which helped him defend six passes on the year. He’s good enough to go in the first half of the 1st round, and no one will be shocked if he cracks the Top 10.
Compares to the other leading brand: Eric Kendricks

It speaks volumes about where the linebacker position is headed when you can run a 4.43 and only be the second fastest in your class. Bush has a lot of similarities to the other Devin. The major difference is he’s giving away a couple of inches, and is more of a run and chase style ‘backer. But he’s every bit the competitor, with the same speed and toughness. He was also a team captain. And won the Big 10 DPOTY and second team All-American. For his relative lack of height, he’s capable in pass coverage, as you might expect from a NFL legacy whose dad played safety for eight years. One knock on him is he had a tendency to leave his feet to launch himself at ballcarriers, which shouldn’t be hard to correct when you’re as naturally explosive a tackler as he is. There is really no clear consensus as to which Devin will go first, just that they’re both coming off the board Thursday night.
Compares to the other leading brand: Myles Jack

A Possible 1st Rounder Who’d Be a Good Consolation Prize if You Don’t Land a Devin:

Wilson is not all that dissimilar to the Devins, though he’s a little bigger and not the runner they are. But he still possesses the Size/Speed Combo Platter that projects to being a 3-down linebacker in today’s NFL. As with almost all of Nick Saban’s demon horde (Hail, Saban), Wilson was moved around a lot and blitzed from gaps all across the formation. The knock on him is that he doesn’t have the recognition skills of some of the others in this group and is rarely moving at the snap. But he makes up for missing that step with good inside-the-box quickness. And he didn’t make a lot of splash plays, with just seven tackles for loss over the last two seasons combined. But he’s got plenty of experience, with some time at H-back, 15 games as a freshman and 12 as a sophomore. And in the National Title game against Georgia racked up 12 tackles, two of them behind the line of scrimmage. He’s seen as running sort of hot and cold and didn’t make all the plays he could have. But in the right system he could be a steal.
Compares to the other leading brand: CJ Mosley

The Most Linebacker/Safety Hybrid Type:

Joseph’s straight line speed isn’t elite, but it’s good. He’s shown the quickness and fluidity to match up with running backs and tight ends, to go along with tremendous range and lateral mobility. Where he appears to lack is in his football IQ, being aware of his spacing in zone coverages, anticipating routes and not getting fooled by motions and misdirections. Against the run, he’s willing enough, but gets taken out of plays due to his size. Also, he could be considered a “hybrid” because at times his motor seems to go quiet like a Prius. But Florida was able to take advantage of his athletic skills by blitzing him off the edge and inside gaps. He’s projected to be a Will LB in pursuit-style role. One thing to be aware of is that he was kept out of the first series of the season against Charleston Southern for “failing to meet the Gator standard.” And given the fact one of their tight ends once went on to murder three people, I shudder to think what that standard might be.
Compares to the other leading brand: Jayon Brown

The Most Likely to Have Nursed Giant’s Milk at the Age of 10:

Lamar is the only LB in his class over 240 lbs, and the closest they have to your prototype big, throwback box-player ILB. As you’d be safe in assuming, as the biggest, he’s also the strongest run defender, with the size and toughness to win the fight against fullbacks and then have post-battle sex with Ser Brienne of Tarth. As such, he projects as a run-stuffing force and therefore a 2-down player, most suited to be the Sam in a 4-3 as opposed to a Mike. Though his speed is actually pretty good for a big ‘backer, he’s somewhat stiff and lacks the fluidity to expect him to stay with receivers out of the backfield. Fun fact is that he was heavily recruited by Alabama but chose Clemson, then proceeded to beat Bama twice in the National Title Game. He’s probably a 3rd round selection for a team looking to shore up its 1st down/short yardage game.
Compares to the other leading brand: Anthony Barr

One the Patriots Met With:

The Pats had a sit down with Cashman at the Miss Indianapolis Pageant and held a private workout with him. Cashman was a walk on who spent a year on special teams and another as a backup before he earned a scholarship. He spent yet another season as a reserve but had five tackles for loss and won the Holiday MVP in the win over Washington State, for what that’s worth. He had the fourth best 40-time in Indy and has the physical tools, determination and personal story that makes the Patriots personnel department slide into a guy’s DMs as a role player/core-4 special teamer.

Tavai didn’t face the elitest competition in the country, but he’s got an NFL-ready frame, was a four year starter who averaged just under 100 tackles a season with 41 TFLs and 17.5 sacks. He’s more fluid and flexible than a sudden, quick twitch defender. And Hawaii hasn’t had a defensive player drafted since the 7th round eight years ago. But he’s strong enough and shown the kind of aggressive, non-stop motor to be worth a mid-round flyer. Or later, given that his aggressive motor got him and a teammate hauled out of a Honolulu nightclub with assault charges. So he’ll probably drop some. And be a great value pick for someone who doesn’t care about bar fights.
Compares to the other leading brand: Anthony Walker

I’ll be the first to admit it sounds strange to call a guy a “sleeper” when he was a key contributor to a College Football Playoff team. But I consistently see Tranquill ranked in the teens among these linebackers. Despite his production in South Bend, with 86 tackles, nine for a loss, 3.5 sacks and four passes broken up. Despite the position versatility of being a converted safety. Despite the fact he started 25 consecutive games while still transitioning (now there’s a word that’s had its meaning changed). Despite being the team captain his last two seasons. And mostly, despite his ludicrous showing at the Lucas Oil Olympics, where he benched a position-best 31 reps and had the fifth best time in the Patriots favorite drill, the 3-cone. And yet every report I see mentions that he’s a “limited” athlete who’s ceiling is as a backup. In words of the great Harry Dunne, I’m not seeing it here, Lloyd.
Compares to the other leading brand: Mike Hull

The Perfect Patriot: Either of the Devins, obviously. But it’s hard to pass up a Saban guy so I’ll go with Mack Wilson. The thing is, I just don’t see this position as a high enough priority this year given the way the linebacker unit played as the season went on, as well as the promise Bentley showed. So with that I’m going with:

Whom the Patriots Will Take: Blake Cashman. I’d love Drue Tranquill. But Tthere’s been too much interest in Cashman. He seems like someone who can contribute while they work with him to develop him into a bigger role as his career goes on. Cashman. Not the sexiest pick. But the logical one.