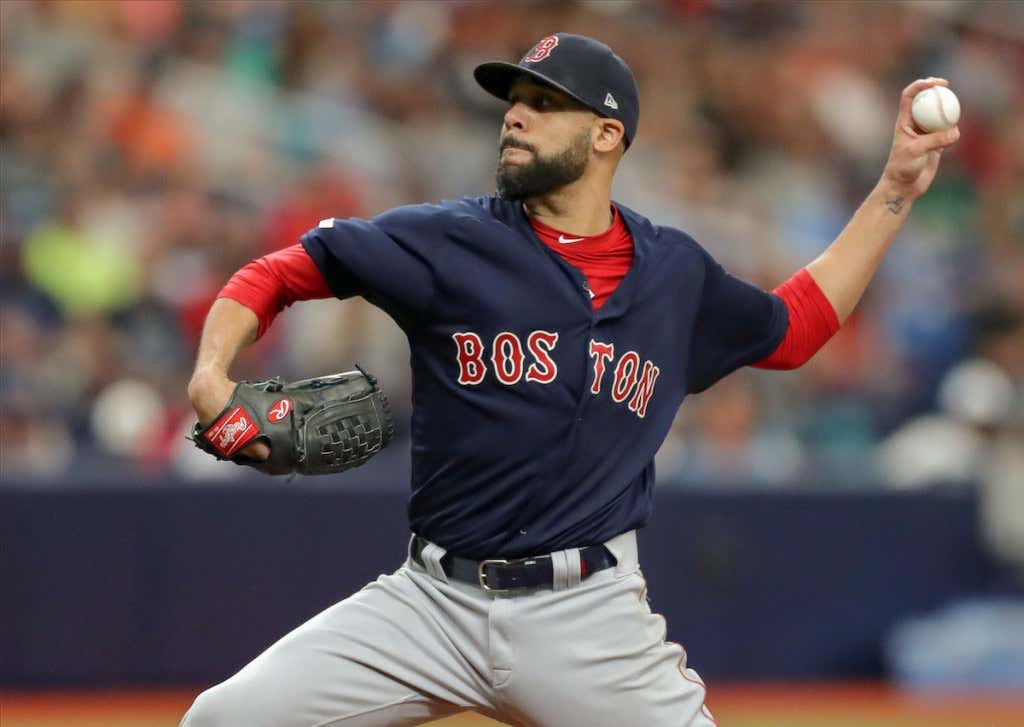 After dropping both games in the Bronx to a battered Yankees team, the Red Sox headed south to play the first-place Tampa Bay Rays who had won (14) about as many games as the Red Sox had lost (13) prior to the three-game set.

This season has been so ass backwards that I wrote after Wednesday’s loss that it would almost kind of make sense if this were the series that the Red Sox finally figured their shit out. I sure as hell ain’t saying that I called it, though, because I certainly didn’t put my money where my mouth is to bet on this series. Boston was lucky that they didn’t catch Blake Snell in this series, who’s on the injured list with a fractured toe, but they did get Tyler Glasnow in the series finale, who’s been one of the best pitchers in baseball this year.

Speaking of Glasnow, there was a controversial decision in this one made by Rays manager Kevin Cash. And sure, it would be very easy to criticize Cash’s decision after how things played out, but — actually, no. I’m gonna criticize the decision. Still love Cash, though. The Rays skipper made the decision to remove Glasnow from the game at just 76 pitches with one out in the sixth inning, even though he had only allowed one run on three hits, that one run scoring on a solo homer by Mitch Moreland.

I know the Rays are at the forefront of the out of the box thinking movement in baseball, but come on. The dude was dealing. Again. You can talk about how great the Rays bullpen is, which it is, and you can tell me that you like the matchups, and that you didn’t want Glasnow to face the Red Sox lineup for a third time, but why overcomplicate things? After Glasnow was removed from the game, Adam Kolarek walked Steve Pearce who came in as a pinch hitter. Cash made another pitching change to get Chaz Roe, who walked JD Martinez, and then Xander Bogaerts hammered a two-run base hit to give the Red Sox a 3-2 lead.

Glasnow, as you can probably imagine, was beside himself in the Rays dugout. He cooled down after the game and tried to say all of the right things, but you knew that he was still fuming about being removed from the game, and nobody could ever blame him for that. However, the game wasn’t decided on that one decision. In the bottom of the eighth, Alex Cora called upon Matt Barnes for the third straight game, who gave up a game-tying homer for the second night in a row. This one was to Tommy Pham, who hammered a curveball on a 2-1 count.

David Price had been in line for the win prior to that game-tying homer after punching out 10 batters over five innings, holding Tampa to just two runs on five hits. The ten strikeouts were very encouraging for Price, but the two walks almost seemed like a miracle. Price could’ve gone deeper into this one, but he was missing spots fairly often, going to seven full counts which drove his pitch count up. There were a few innings where, even if he didn’t allow a run, he walked off the mound visibly displeased with himself. Despite that, a very solid outing nonetheless.

The game remained knotted at three until the 11th inning when the Red Sox played a little small ball against a dominant Rays pen. Rafael Devers got the inning started with a base hit, Michael Chavis walked in his first major league start after hammering his first major league hit on Saturday, and then Jackie Bradley Jr. dropped down a textbook sacrifice bunt to move both runners into scoring position. Steve from Weymouth could not have been prouder. Drop it down, wear the crown.

With runners at second and third, Christian Vazquez drilled a sac fly to deep center, and that was all the Red Sox would need. Ryan Brasier came on in the bottom of the 11th and retired the side in order to complete the sweep of the first-place Rays and locked down his sixth save of the season. He has risen, indeed.

It was a much-needed win. It was a much-needed sweep. A reporter after the game asked Price if the Red Sox needed a series like this to remind themselves of how good they really are, and Price talked about how the team doesn’t pay attention to the perception that exists outside of the clubhouse. Although I appreciate the sentiment, I am reluctant to actually believe that. There is an immense amount of pressure that comes along with playing in this market, and of course a series sweep over the division leaders goes a long way. They’re not back from the dead just yet, but this is a great place to start.

The Red Sox now head back to Fenway for a ten-game homestand against the Tigers for four, the Rays again for three, and then the A’s for three more. Their last homestand didn’t go as planned, as they went 3-3 against two subpar teams, but we can already see shades of this being a different team than they were a week or two ago. Mookie Betts is hitting now, starting pitchers are getting their groove back, and the bullpen, despite some hiccups, has been pretty solid.

On Monday night, it’ll be Chris Sale versus Matthew Boyd. The lefty Boyd has been outstanding for Detroit to start the year, striking out 36 batters in 24.1 innings over four starts with a 2.96 ERA. Sale is coming off that start in New York where he gave up four earned runs in five innings, but we did see the velocity start to creep back up there. Alex Cora said after that start that all signs point towards seeing the Sale of old as soon as his next start, which would be this one. Let’s hope that he’s right. In Cora we trust.