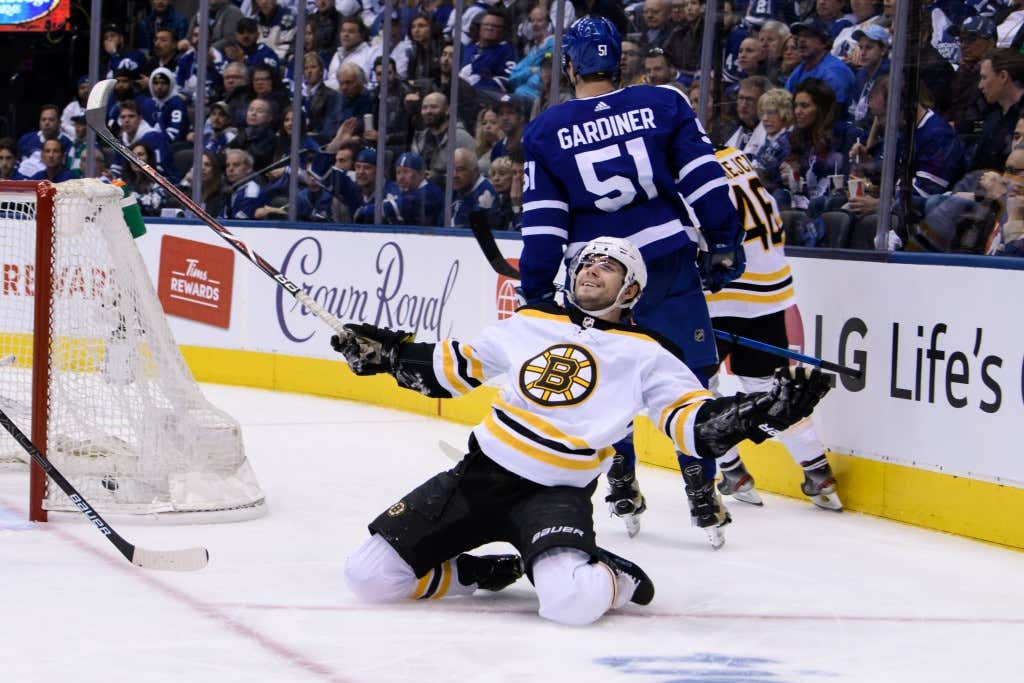 WITH THEIR BACKS AGAINST THE WALL THE BOSTON BRUINS WENT INTO TORONTO AND CAME OUT WITH A 4-2 WIN TO FORCE A GAME 7!!! NOT. DEAD. YET. The Good Guys showed up tonight to keep their season alive.

Hell of a game from Brandon Carlo. Tremendous. Jake DeBrusk showed up with his first of the series. David Krejci getting things done defensively. Patrice Bergeron dominated at the dot. Brad Marchand potted two and added an assist. Tuukka Rask was Tuukka Rask. PP went 2/2. And now the B’s are going home with a chance to close out the series at TD Garden on Tuesday night.