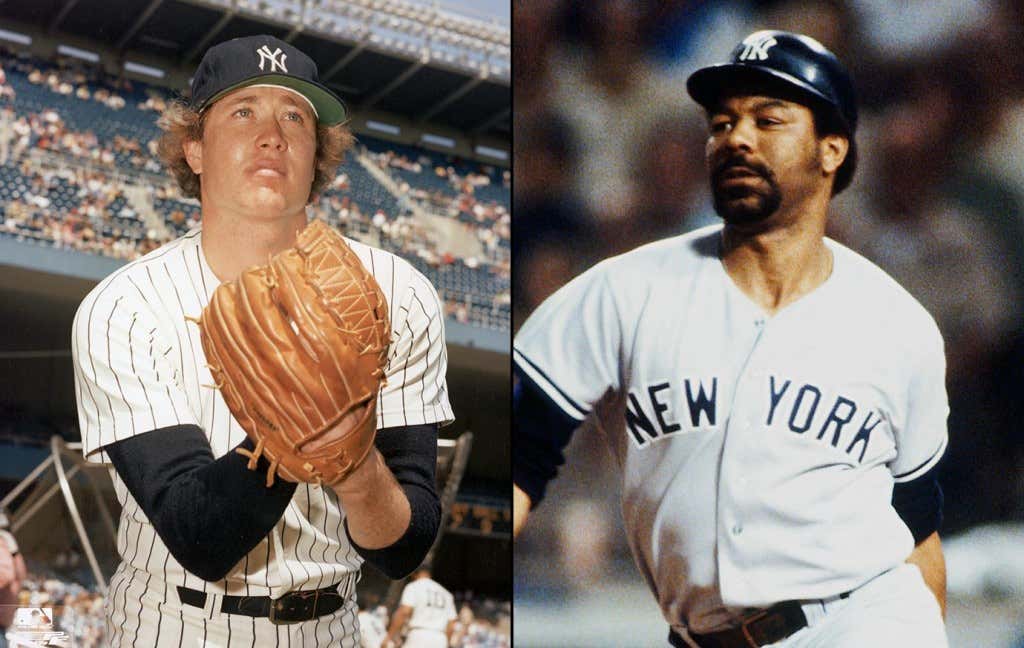 Even after two straight World Series Championships, the New York Yankees clubhouse remains a powder keg as a room filled with big and flashy personalities often clashed with each other. Following a 6-3 loss to the Baltimore Orioles in the Bronx that often troubled locker erupted into violence as backup catcher Cliff Johnson and reliever Goose Gossage get in a fight in the team’s shower. Gossage ends up missing two months due to a thumb injury while Johnson is traded to the Cleveland Indians.

From Bill Martin’s non-stop feud with Reggie Jackson to George Steinbrenner’s often rash decisions, the Yankees of the ’70s were a team with non-stop drama surrounding them, despite going to three straight World Series and winning the last two. A major source of turmoil was the signing of Rich “Goose” Gossage in 1978. The Yankees already had a top-notch closer in Sparky Lyle who had won the Cy Young in 1977. Lyle was left bitter over the move as Gossage became the Yankees go-to man in the late innings. This led to the Yankees trading Sparky Lyle to the Texas Rangers in the off-season in a package deal, with Mike Heath, Larry McCall, Dave Rajsich and Domingo Ramos. In return, the Yankees got Juan Beniquez, Mike Griffin, Greg Jemison, Paul Mirabella, and Dave Righetti. This led third baseman Craig Nettles to quip, “From Cy Young to sayonara.”

Hoping for a more siren season, the Yankees had Manager Bob Lemon as a lame duck as the season began, already promising to bring back Billy Martin for the 1980 season, despite Lemon being the calming influence they needed when they came back from 14 games back to beat the Boston Red Sox in 1978. Goose Gossage was the team’s top reliever and looked forward to no longer clashing with Sparky Lyle. The Yankees had been off a to a decent start at 7-4, as they looked to complete an early three-game sweep of Earl Weaver’s Baltimore Orioles, who were scuffling at 3-8. The Orioles had the man they wanted on the mound in Jim Palmer who was hit early as the Yankees led 3-1 after two innings. Palmer would not allow another run, as the Orioles came back on Luis Tiant, tying the game on a two-run single by Ken Singleton. Lee May would drive in the go ahead run in the fifth, while Eddie Murray drove in two more in the seventh to make a loser out of Paul Mirabella.

After the game, an argument developed between Goose Gossage and Cliff Johnson, in the team’s shower. Gossage would end up the worse for wear, tearing ligaments in his thumb. Making matters worse the following day saw the return of Sparky Lyle with the Rangers as Gossage ended up on the disabled list. The Yankees would win two of three against Texas, but the damage was done as their closer was out of action for two months. By the time he returned, Martin had replaced Lemon as manager, while Cliff Johnson was traded to the Cleveland Indians for pitcher Don Hood. The Yankees meanwhile found themselves in fourth place again, out by more than ten games. This time there would be no second-half comeback, as the Orioles won the East and went to World Series, while the Yankees dealt with the tragic loss of their captain Thurman Munson. 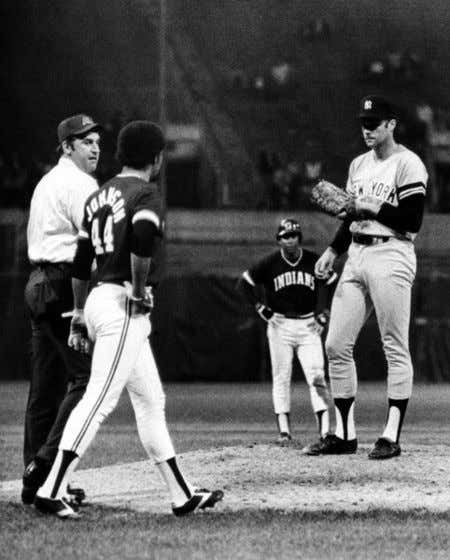 Late in the season, the Yankees would clash with Cliff Johnson again. On September 18th, in a 16-3 loss to the Indians at Municipal Stadium, Johnson slammed a pair of home runs in the game on off Paul Mirabella and one off Don Hood the pitcher he was traded for. Later in the game, with September call-up Bob Kammayer on the mound, Bill Martin offered him a $100 to plunk the Yankees former back up. This led Johnson to approach the mound, though no punches were thrown. It would be Kammayer’s final major league appearance.