A Pasco County man has landed behind bars after he allegedly impersonated an officer and pulled over a real one, according to the Hillsborough County Sheriff’s Office.

Matthew Joseph Erris, 26, of Dade City, was arrested for impersonating a law enforcement officer and booked into the Hillsborough County Jail.

I came into this story hoping to give this guy the benefit of the doubt. I wanted him to be some sort of criminal mastermind that just ran into a spell of tough luck. I mean, what are the chances you pull over an undercover cop? 999 times out of 1000 he pulls over an unexpecting old lady and steals her identity. But nope, I was all wrong. Turns out this guy is just a complete idiot. 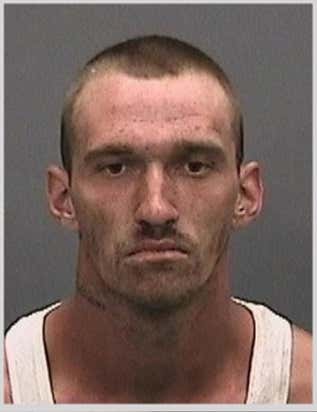 Do you see what this guy is wearing in his mug shot? A wife beater. This guy tried to pull someone over in a wife beater. I don’t care if you pull over an undercover cop or a 90-year-old lady with dementia, if you’re wearing a wife beater, no one is falling for that. And on top of his rather unorthodox apparel, he was also driving a Trailblazer with lights on top. 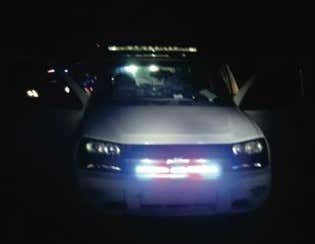 I know that some counties utilize the trailblazer for their law enforcement vehicles…..but they also put the police department decals on the side. This guy could not be any more conspicuous. I haven’t seen this type of terrible disguise since that 30-year-old slugger from the Domincan faked his birth certificate in the Benchwarmers. 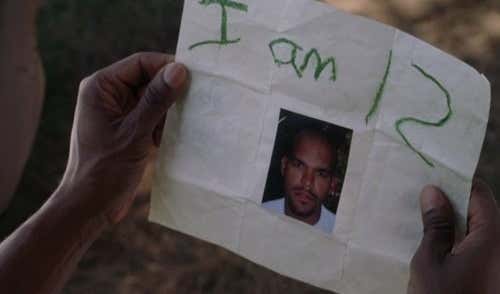 But aside from his lack of police uniform and police cruiser, this guy’s disguise seemed pretty spot on. His gun was a damn near spitting image of a police officer’s gun. Oops, wait, nevermind. It was actually just an airsoft gun that he spray-painted black. 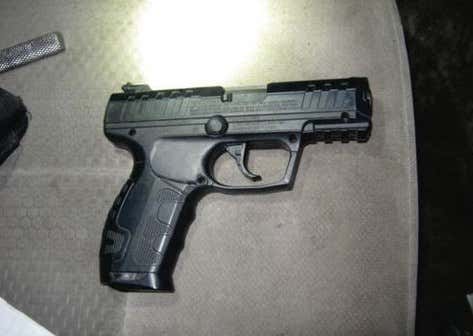 How stupid can you be? I’m all for fake IDs, identity thefts, and other fraudulent crimes. I love the idea of cheating the system for your own personal gain. But if you’re going to commit a crime where you pretend to be someone else, you need to give a whole lot more effort than this. This guy shouldn’t just get charged with with impersonating an officer, he should also get charged with being stupid and lazy.