I am sitting around every night watching the NHL playoffs and it’s been amazing. If you haven’t been gripped by the Boston-Toronto or the Eastern blue bloods going down or the Vegas-San Jose battles on and off the ice then you’re either dead or stupid for not paying attention. As great as it has been to watch, I also feel EXTREMELY left out. Frankie Borrelli having a mental breakdown for 3 hours every night, Marina and Feits getting fired up for the Bruins, Riggs and YP high-fiving over the Blues, and even fucking OhiosTate has the Blue Jackets. And I’m just sitting on the sidelines like

I want to be in the playoffs. As bad as the Blackhawks looked at time this year, when I watch the Colorado-Calgary series it’s impossible not to think of the Blackhawks beating Calgary. Calgary stinks. They’re too inexperienced, too top heavy, and while Mike Smith has been really good in the series…I would take Corey Crawford over him 100 times out of 100. I want those rushes from an OT playoff win at 1am that takes until 3am to calm down and finally go to sleep. It’s been so long since we’ve had that. We haven’t had anything remotely like that since Game 5 vs St Louis in 2016

BUT…the best thing that happened to the Blackhawks in the last four years…was the lottery. Moving up from 12 to 3 in the draft was a reward for Toews and Kane refusing to let the Blackhawks tank this year 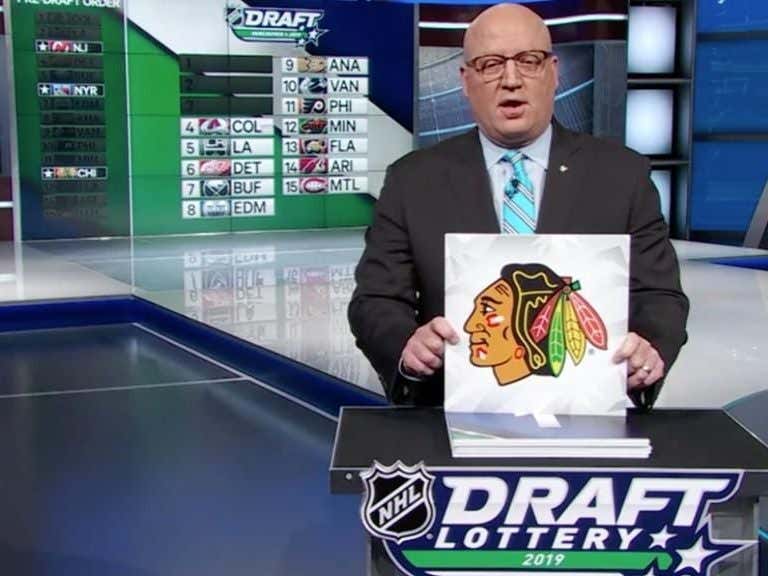 There is no doubt that a top 3 pick is in the best interest of the Blackhawks long term. If Toews-Strome-Cozens are your centers for the next 5 years you’re going to win a lot of games. Having said that…time is running out on the Blackhawks with this group if it hasn’t expired already. I want to win with MY guys. And there’s not some guarantee that whoever you get at #3 is going to be a franchise player for the next generation. Not every #3 pick is Jonathan Toews. Sometimes the top of the draft goes 1) Ovechkin 2) Malkin 3) Cam Barker. And other years, like 2015, you get a draft class where Barzal, Kyle Connor, Thomas Chabot, Brock Boesser, and Sebastian Aho are all picked 16th or later. It’s a crap shoot. And that’s where I am right now. Debating whether or not I would trade 15 draft slots for a maximum 14 more games. For 7-8 more great memories from this era. I don’t think there is a right or wrong answer here. I can be talked into either side, but I am convinced that the Blackhawks would’ve given Calgary all they can handle and I’d never bet against Toews-Kane-Crawford with chips down on the table. I am so thirsty for meaningful Blackhawks hockey. Wandering the desert for 4 years made me willingly run towards the mirage of the 2018-19 Blackhawks season and when I got to the end and there was no water I just drank the sand. I want to believe. I want more playoffs. I guess and the end of this paragraph I did decide what I’d do…I’d roll the dice with a chance to beat Calgary and hope somehow the Blackhawks get their man in the teens at the draft. If that’s wrong, then I don’t want to be right.