I am EXTREMELY triggered by this video. It’s so disrespectful and arrogant that I can not even stand it. These people going out of their way to fuck up other people’s day should be thrown in jail or maybe even executed. I don’t know the laws in the United Kingdom right now, but they should at minimum bring back the Tower of London and torture these people. And this isn’t about protesting. I love the first amendment. The right to assemble is so sweet in my opinion. And it’s not about climate change because I fucking LOVE Earth. Best planet of all time. Elon Musk and all these people constantly sucking Mars’ dick and wanting to colonize it can fuck off. Earth is the GOAT. Definitely want to preserve Earth forever and ever.

Just don’t bother me with your protests and DEFINITELY do not look like you’re having fun bothering me. That’s what these people are doing. Imagine looking at some asshole dancing like a flower child in the middle of the street so you’re late to work as you just sit their idling pumping carbon emissions and brake dust into the atmosphere. That’d be enough for me to fantasize momentarily about putting my foot on the gas peddle and plowing through their yoga class in the middle of the street. I wouldn’t because as much as I am pro-Earth I am even more pro-human. So I wouldn’t do it. Or advocate for it. But if you do Yoga or dance in the street or glue yourself to a train car then you deserve whatever comes your way. What I really want to do…find this guy 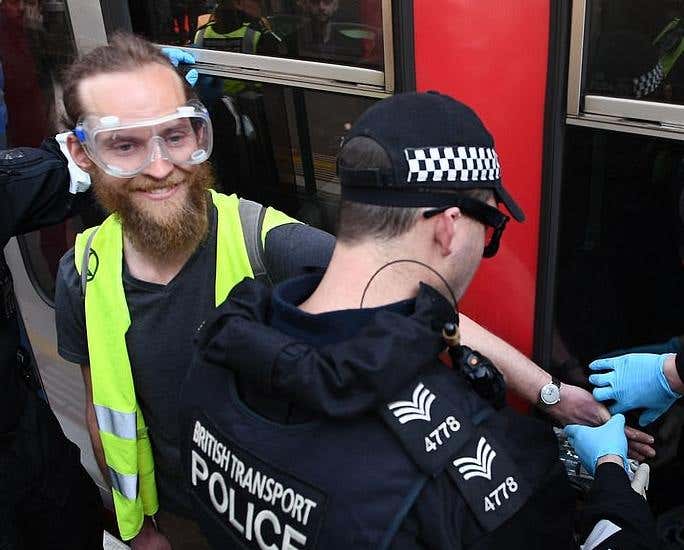 and give him this treatment

Egg right to the face. Repeatedly. Like 100 eggs. Nobody can withstand 100 eggs. That’ll whipe that smirk off of his face real quick and he can’t fight back because…he fucking glued himself to a car like an asshole.