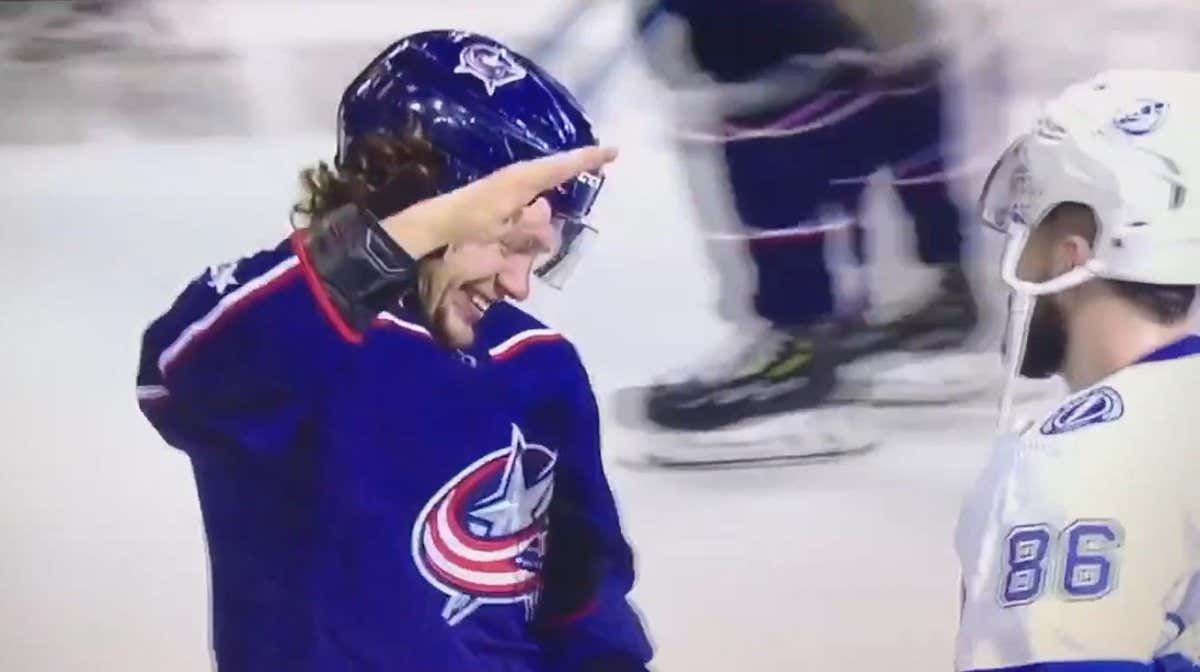 The Tampa Bay Lightning have a lot to be ashamed of after stringing together one of the most dominant regular seasons the NHL has ever seen and then following that up by getting swept out of the 1st round by the Columbus Blue Jackets. They became the first Presidents Trophy winning team to get swept in the 1st round. There are countless things that these guys should lose months of sleep over. But maybe the most embarrassing part of this whole ordeal?

Well they tarnished the once proud tradition of the Hockey Handshake. And here’s why.

There is NO place in the Stanley Cup Playoffs for Tummy Sticks. It’s the last place in the world something like that should be allowed. These are two teams who are going to war with each other for up to 7 games. Everything is on the line. All of that work from the offseason, to the preseason, to the regular season comes down to these best-of-7 game series. It is an absolute battle in the Stanley Cup Playoffs and at the end, the two teams should have nothing but the utmost respect for one another. It should be a gentleman’s handshake, followed up by a “great series, good luck”. Nothing more, nothing less. Shows enough respect for your opponent, while also respecting the game.

Unfortunately, that wasn’t the case here in Tampa vs Columbus. Unfortunately, Tampa folded like a chair and allowed themselves to go out of the 1st round in just 4 games. So what happens? Artemi Panarin feels like he was pretty much just playing a beer league series against one of his old pals, and thinks it’s okay to engage in a little bit of Tummy Sticks. And it’s not his fault–it’s all on the Tampa Bay Lightning for not giving the Blue Jackets enough battle throughout that series. Kind of hard to respect another team after they came in as one of the best regular season teams in NHL history and you just sent them home in 4 straight games.

Am I victim blaming Nikita Kucherov here? I mean…yes. Yes I am. The Stanley Cup Playoffs are supposed to be a battle. And at the end of that battle, the handshakes should reflect the amount of mutual respect that had been built up between the two teams. But the Lightning didn’t battle hard enough to earn any respect. Which leads to the most outrageous Hockey Handshake we’ve ever seen between Panarin and Kucherov. It’s not Panarin’s fault. I mean it’s kind of his fault that the Bolts weren’t able to win a game this series. But it’s not his fault that the respect wasn’t there. And the Tampa Bay Lightning should feel great shame for not making Panarin respect them.