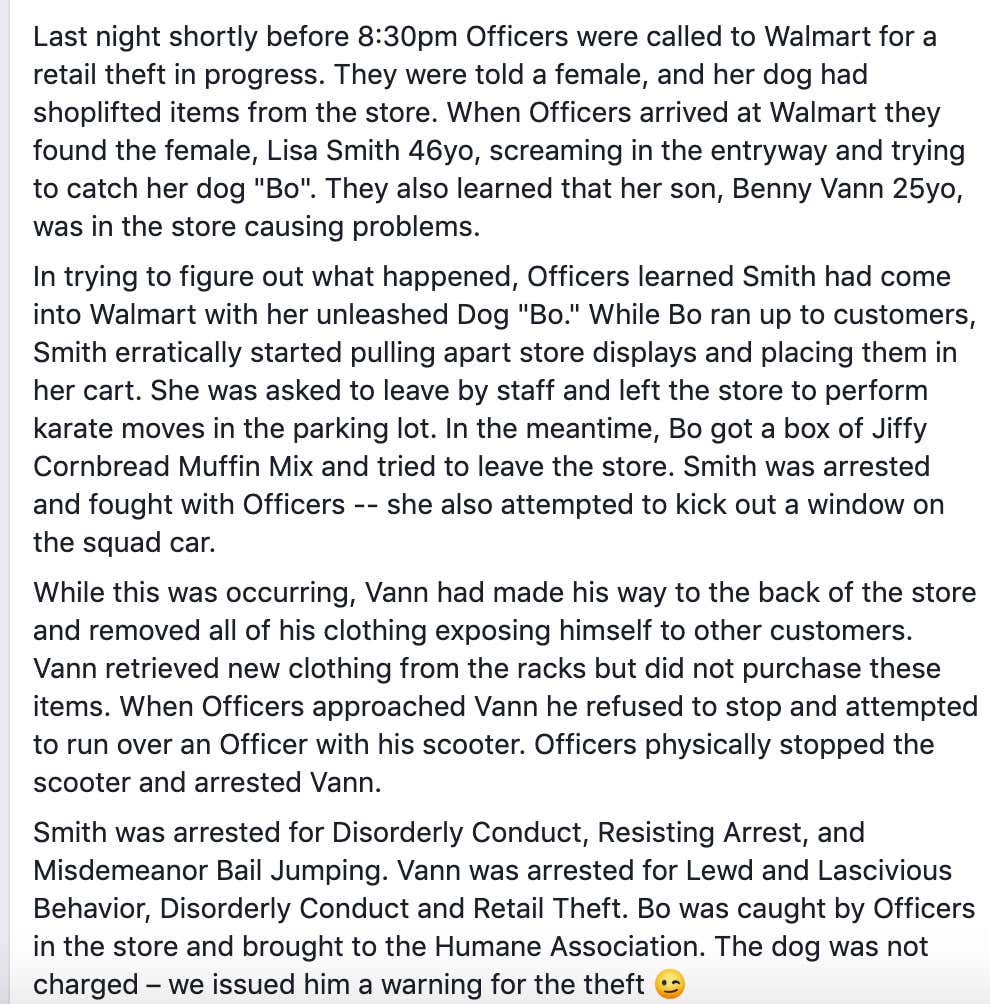 First things first we need to agree on something here. The dog is innocent. You can’t just bring Bo (I assume Bo is a lab, because that’s the most lab name ever) into Walmart and expect him not to leave with some Jiffy cornbread mix. That’s just him being a good dog and picking out a treat. I swear if anyone says anything bad about Bo we’re going to have problems.

Next we have to address the mom here. This is the roughest 46 ever, right? 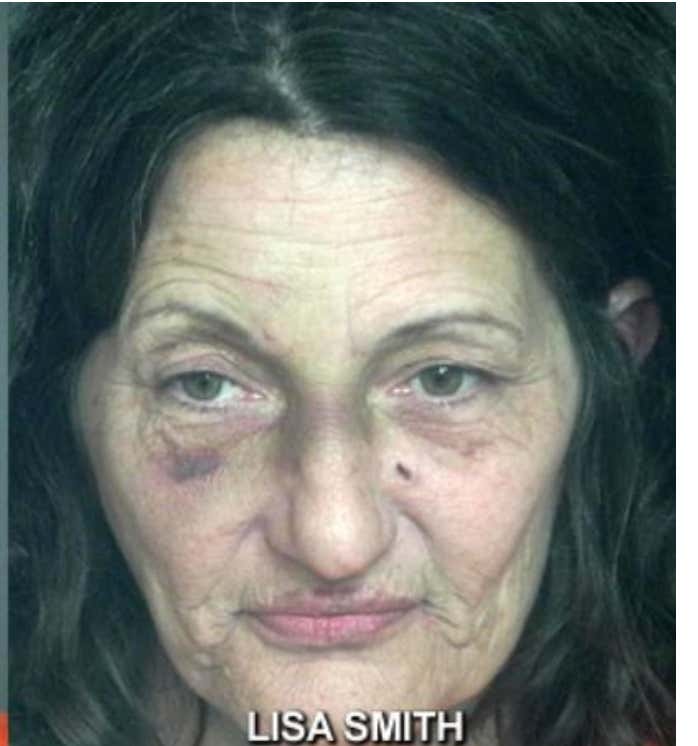 Are we sure this isn’t Melisandre when she gets old as shit in Game of Thrones? Because that’s what I swear I’m looking at and I’m sober as hell this morning. Because now I’m laughing hysterically about Melisandre acting like Mac in a reverse crossover from episode 1 of season 8:

That just seems like the perfect distraction to let your dog steal stuff from Walmart. Sure, she got kicked out originally for breaking down signs and stuff and putting them in her cart, but who is to say they weren’t for sale? Karate is where it’s at.

Then there’s Benny. What a move to get completely naked and then try to cover up with clothes from Walmart. Personally I wouldn’t charge him with that crime. Sure, he wasn’t trying to purchase them but do you want Benny Vann naked in your Walmart? I don’t think so. What I do need to know though is was he naked on the scooter?

Officers approached and commanded him to end the madness, but he refused. Authorities said Vann even used a scooter in an attempt to run over an officer.

But law enforcement physically stopped the scooter and took him into custody.

Because that’s a scene that really ties it all together. I bet he was naked. Just flying around on a scooters having the time of his life. Remember Razor scooters? Those were awesome for that year or two growing up.

The biggest shock though? This wasn’t Florida or Ohio. Way to step up Wisconsin.