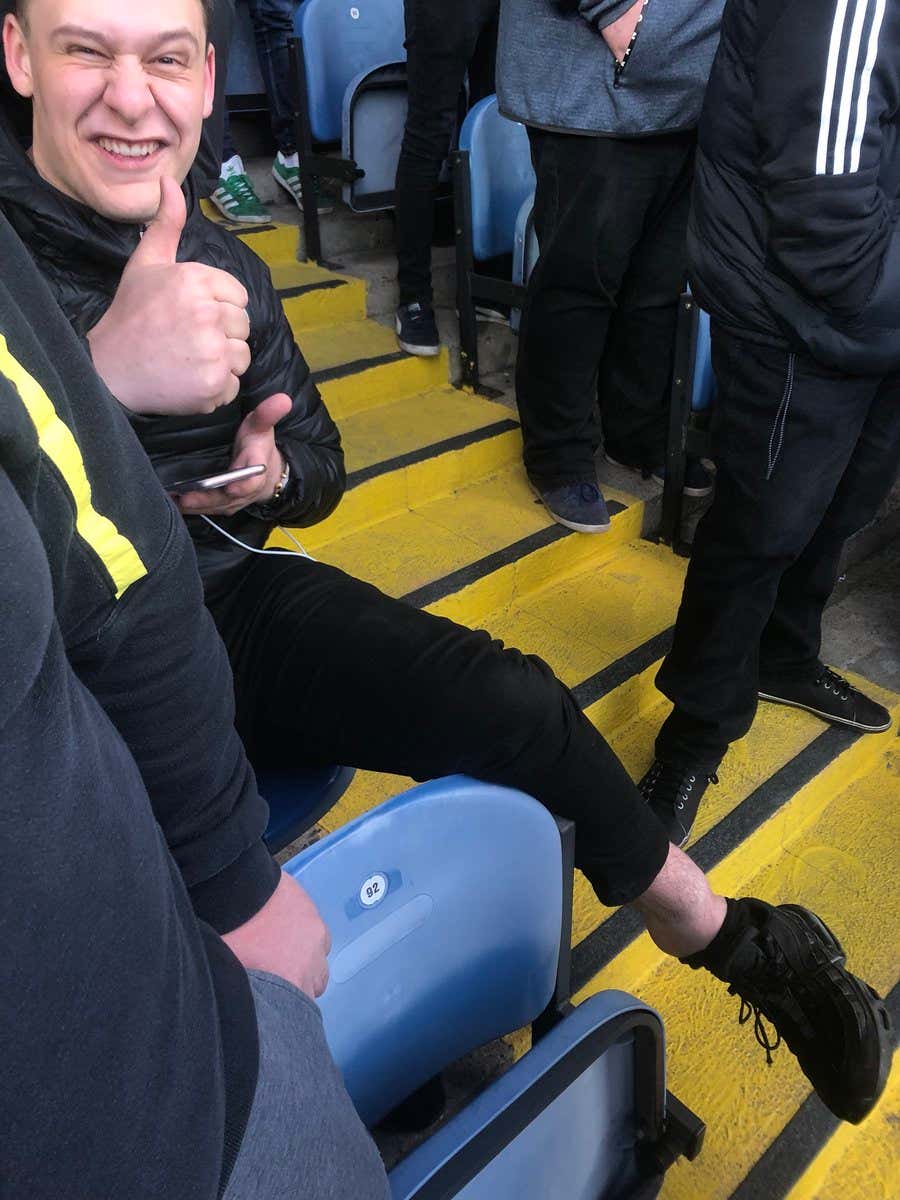 Second of all…this is just a terrible, horrible, no good, very bad look for futbol players everywhere. Because under no circumstances would a soccer player ever stay at a game until it was over if he ended up snapping his ankle in the middle of the game. Soccer players stub their toe and they act like they’ve just been rocked with a bazooka. They get scraped in the shin by a cleat and there’s a chance that you don’t see them again for the rest of the season. Meanwhile, this kid’s foot is just dangling there at a 90-degree angle and he’s staying in his seat until the end of the game because he needs to support the boys.

Source - “I jumped up, ran down the steps, I missed my step and fell over,” Richardson said. “Next thing I know, I look at my ankle and it’s like falling off.”

“I looked down and I thought: ‘I probably need to go hospital’ but my main priority was to carry on watching the game.”

With paramedics in attendance, it was recommended that he went straight to hospital. However, being the super fan that he is, Richardson wanted to see out the final 25 minutes. “I called the paramedics over but I made it clear that I was staying to watch the full 90 minutes. I was more interested in the fact Leeds are going to the Premier League!”

Rough look when the fans are tougher than the players. I actually feel awful for this kid. Not because he has a busted ass ankle or anything. He’ll be able to recover and get over that. But I feel awful because he’s stuck watching the wrong sport. Don’t get me wrong–soccer is a beautiful game. But this kid was born to be a hockey fan. But unfortunately, this poor bloke was born in England and never really had much of an opportunity to become a hockey fan over there.

I just hope that maybe there’s an NHL team out there who sees this story and offers to fly Matt Richardson over to North America to check out a playoff game at some point over the next couple of weeks. Would be nice for him to experience a game being played by athletes who have the same levels of heart, grit, and intensity as he does. Or at the very least, we better never see another player on Leeds United flop again. The club better always ask themselves “What Would Matt Richardson Do” before they decide to roll around on the field like they got shot after getting slightly tripped up jogging down the field.