This evening I was hanging out with Marina & Daniela at the office as they watched the Leafs/Bruins game when HQ Spider came in to join us. Plopping down next to the recliners he started scrolling through his phone & I couldn’t help but look over when he started to get hyped up, as Spider is known to do. (Example below.)

The reason for his excitement? Indeed, it was a pussy patrol, but not a Fordham-related one of his own volition. Instead it was one sparked by Spider’s old high school Social Studies teacher, and the resulting affair that inspired the man’s ex-wife to go nuts & create two separate websites about it that she is sharing publicly.

Here’s the initial tweet that Spider saw from an old classmate/friend. (*I’ve covered up names & faces because I feel a bit slimy about this entire blog, but am forging ahead regardless because it’s also a wacky story about a scorned ex that I want to share because I’ve lost my morals or something??): 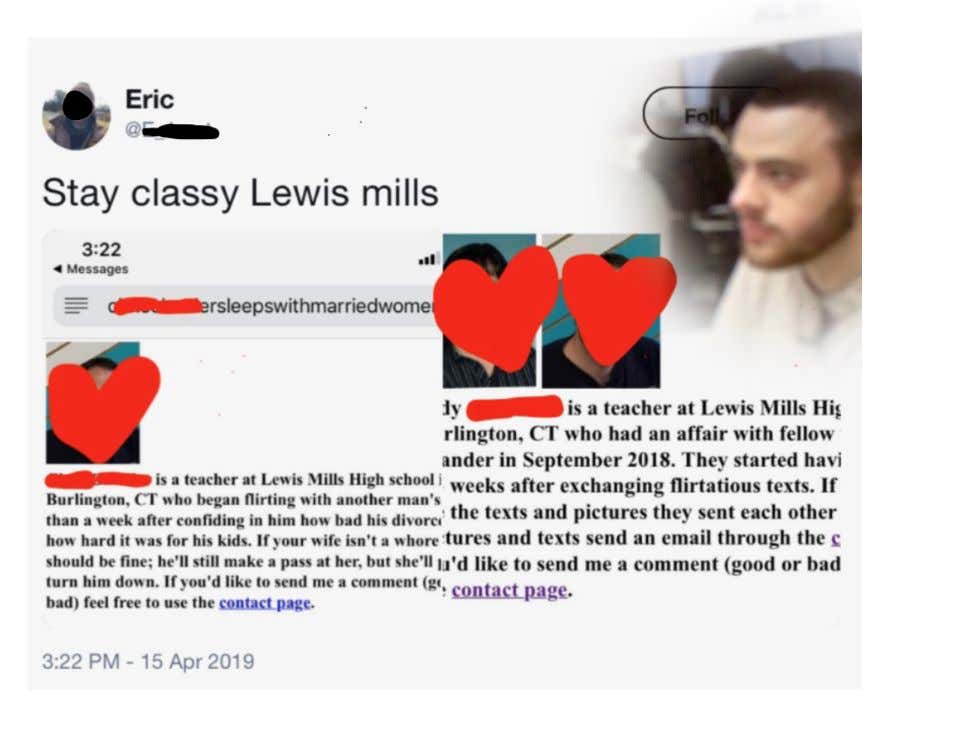 The angry ex created those two separate websites with hilarious names that I’m also too torn to share. Just know they’re along the lines of ‘ThisLadyIsACheater.com’ & ‘MyExSleepsWithMarriedWomen.com’.

‘MyExSleepsWithMarriedWomen.com’ is just one simple page with yearbook photos of Spider’s old social studies teacher & another (married) teacher at the school he was allegedly having an affair with, along with the following message:

“DEB” is a teacher at Lewis Mills High school in Burlington, CT who had an affair with fellow teacher “DOUG” in September 2018. They started having sex less than 2.5 weeks after exchanging flirtatious texts. If you would like to see the texts and pictures they sent each other click HERE. For pictures and texts send an email through the contact page. If you’d like to send me a comment (good or bad) feel free to use the contact page.

And over at “ThisLadyIsACheater.com”, the message went thusly:

“DOUG” is a teacher at Lewis Mills High school in Burlington, CT who began flirting with another man’s wife less than a week after confiding in him how bad his divorce was and how hard it was for his kids. If your wife isn’t a whore then you should be fine; he’ll still make a pass at her, but she’ll probably turn him down. If you’d like to send me a comment (good or bad) feel free to use the contact page.

Here she issues a warning to other husbands in the area that her ex is on the prowl for married women. But you should be fine. If your wife isn’t a whore & such.

In the end, I have no actual proof of anything & don’t know the full story. But I will say – as bad as it is to cheat, it’s also a huge red flag to create websites about it & spread the evidence around. Just kind of bizarre & unsettling…

But then my moral pendulum swings the other way & a little part of me admires the chutzpah. It gives me that “Beyonce with a baseball bat” feeling & gets my heart going.

To find out a little more I asked Spider if his teacher had been a good guy. Seems like he was nice, but following a short quiz I’m not sure he was the best teacher. 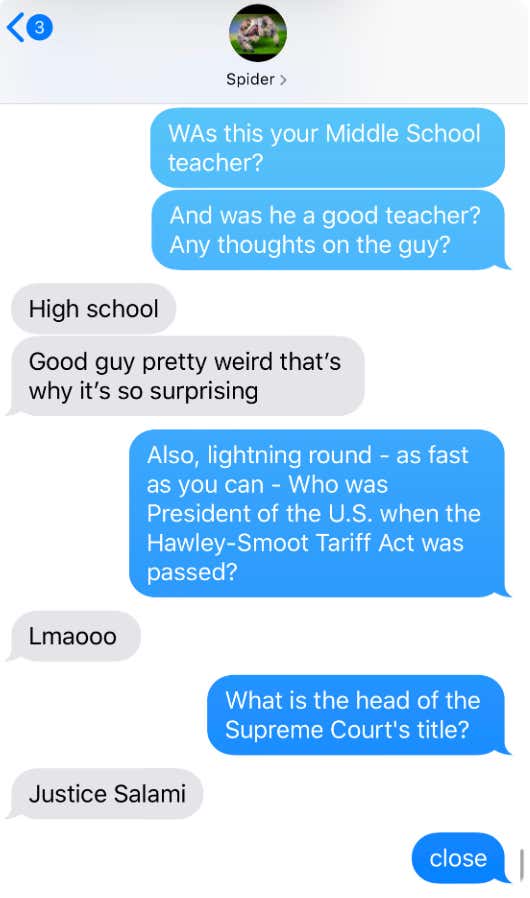 In the end, it’s all a mess & I don’t think anyone here will learn a lesson. Life is too short for this type of pettiness & I’m just glad I spent an hour of mine involved in small town drama from a high school in Connecticut.