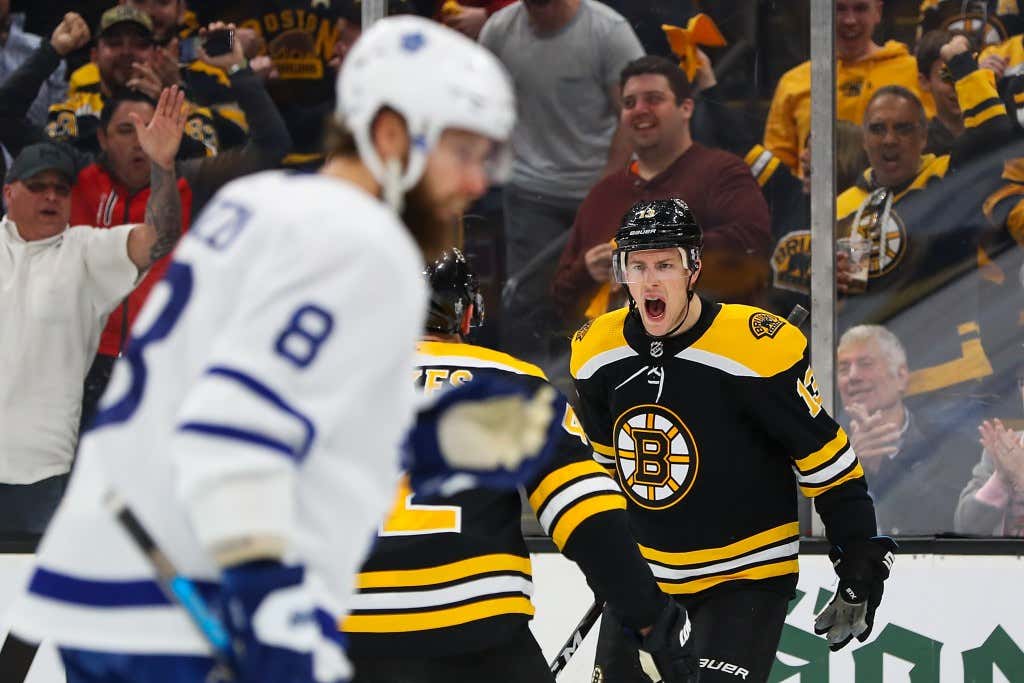 The Bruins came out absolutely pounding the Leafs and evened the series up with a 4-1 win. Complete team effort.

Rob Gronkowski was your banner captain for tonight.

David Backes in strong on the forecheck fed Charlie Coyle for the opening score. 1-0 Bruins.

Jake DeBrusk was fired the fuck up in the 1st.

Pastrnak was called for charging on Muzzin late in the 1st.

Torey Krug got lit up by Jake Muzzin, helmet flew off and his head hit the boards. Not good. He didn’t finish the game.

Hell of a first period for the Bruins.

William Nylander fumbles a puck behind the net and Danton Heinen gets a gift. 3-0 Bruins after 2.

Jake DeBrusk and Nazem Kadri collide knee on knee late in he 2nd and Kadri headed to the locker room. To me, DeBrusk was preparing for the hit with his shoulder and got him with the knee. Dirty, no doubt but not a suspendable offense. Didn’t look like he was leading with his knee.

Nazem Kadri redirection got the Leafs on the board with 9 minutes left in the 3rd. 3-1 Bruins.

Jake DeBrusk hit Patrick Marleau and Nazem Kadri skated right to DeBrusk and crosschecked him in the head.

Kadri got 5 and a major and will most likely be hearing from player safety. (Kadri is a repeat offender, too). 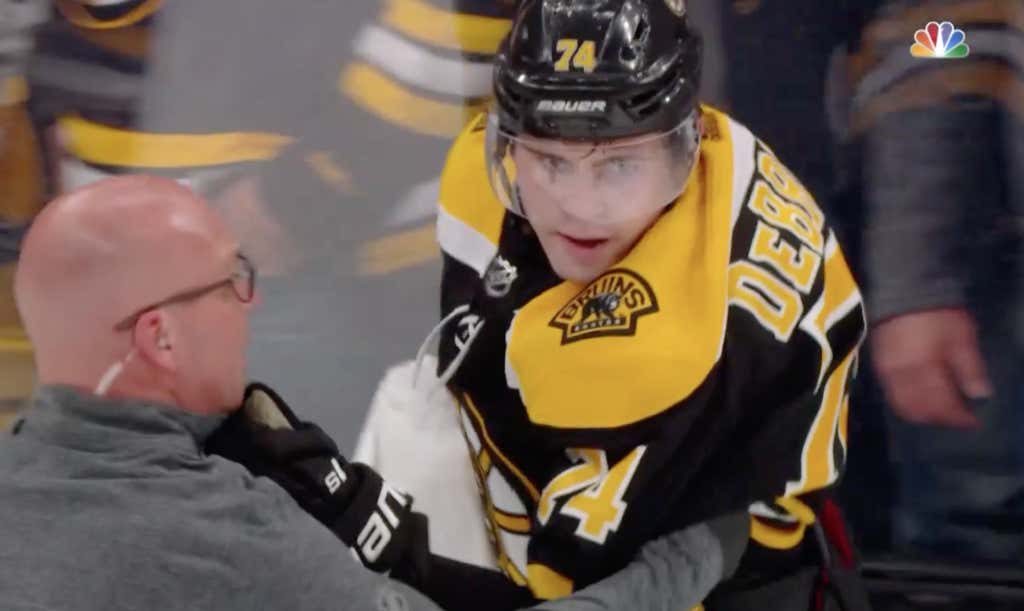 JD got up looking for blood.

Patrice Bergeron added a PPG (during Kadri penalty) to make it 4-1 Bruins.

“We let them know how we’re gonna play.” – Bruce Cassidy

Even David Pastrnak was throwing the body around tonight.

Solid bounce back game to tie the series, B’s came with energy from the jump, hitting anyone and everyone. Aggressive forecheck, controlled possession. This is the team we’ve seen all season. Game 3 coming up Monday night in Toronto. Let’s keep it going.