Well I’ll be damned! This series is going back to St. Louis with a 2-0 lead for the good guys. There hasn’t been a single time in either game where it looked like one team was certainly going to pull away. Just one goal lead after one goal lead. About as close as you could ask for (I think I may puke in one of these third periods if this keeps up) but the final results couldn’t be more one sided.

Truth be told, I love Canada. Some of my best friends growing up were from there. I love hockey, fishing, and funny people and Canada is FULL of all of those things. So I don’t want people to think this is just a biased opinion when I tell you that the “Whiteout” is dead. I’ve never seen something with so much hype, so quickly turned into a non-factor. Everyone kept telling me I was a moron for thinking the Blues could win in their rink, they said it was so loud and crazy that it wasn’t even worth getting my hopes up. Well, let’s take a look at the end of Game 2, which was a ONE GOAL GAME at the time… 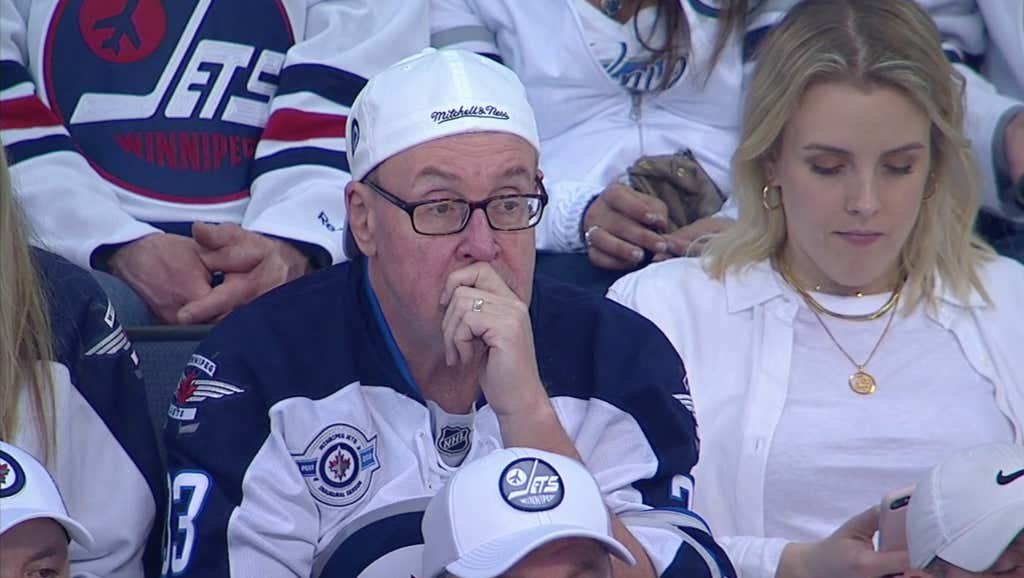 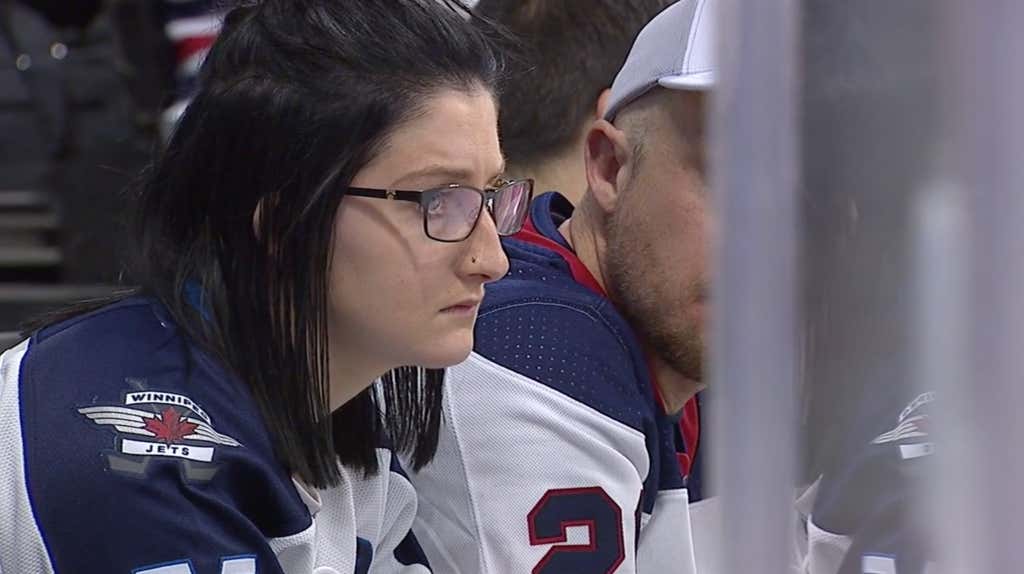 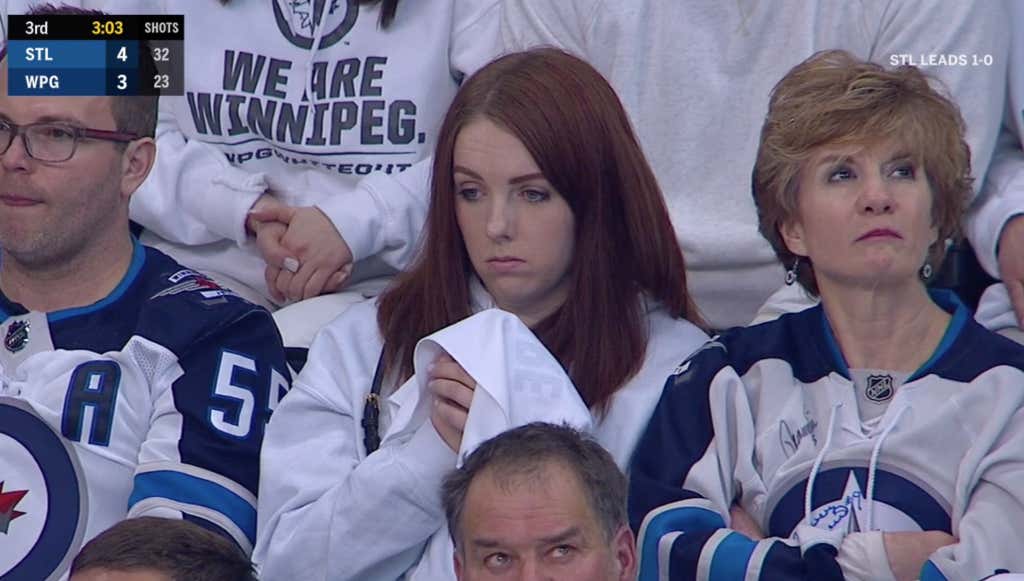 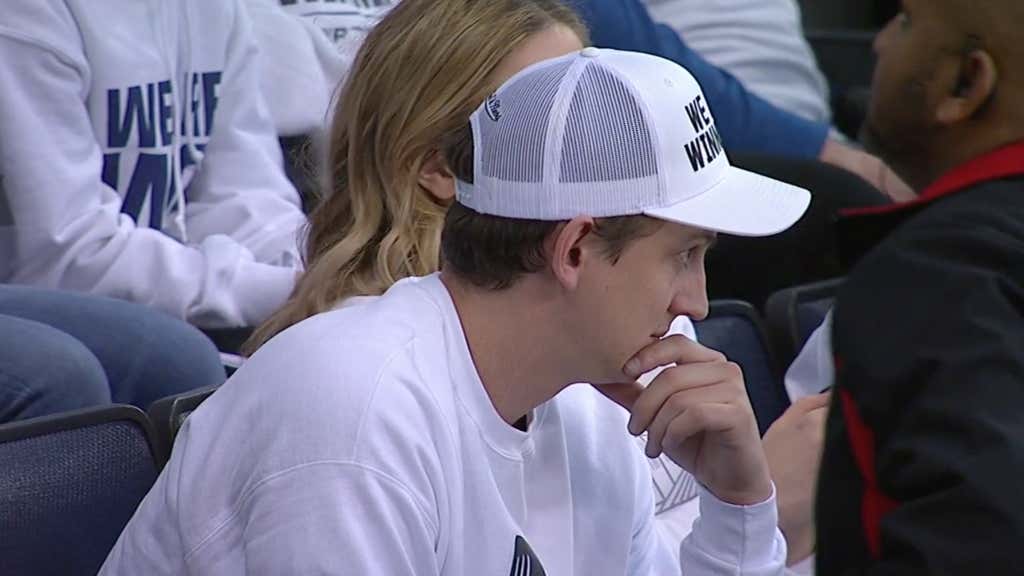 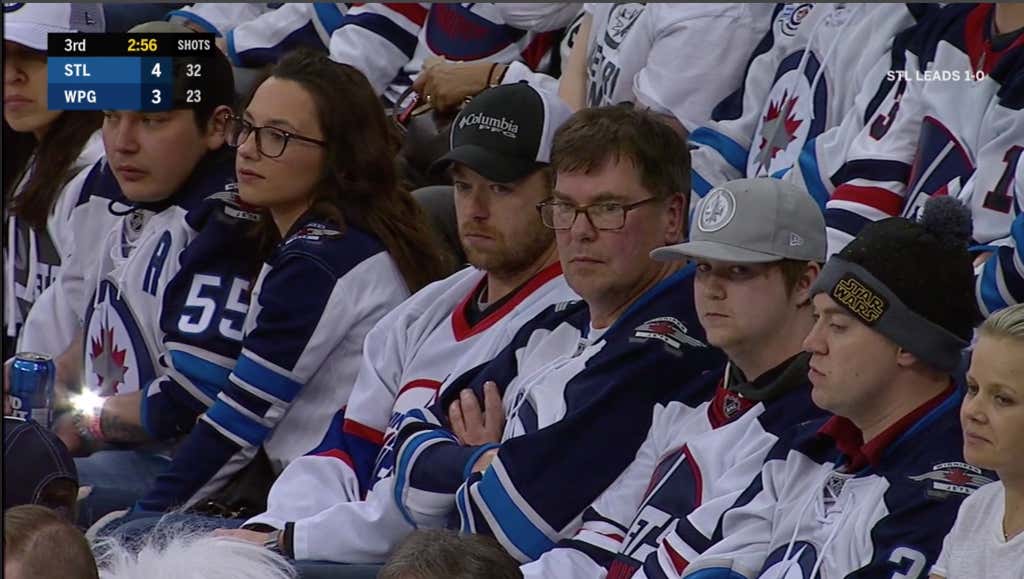 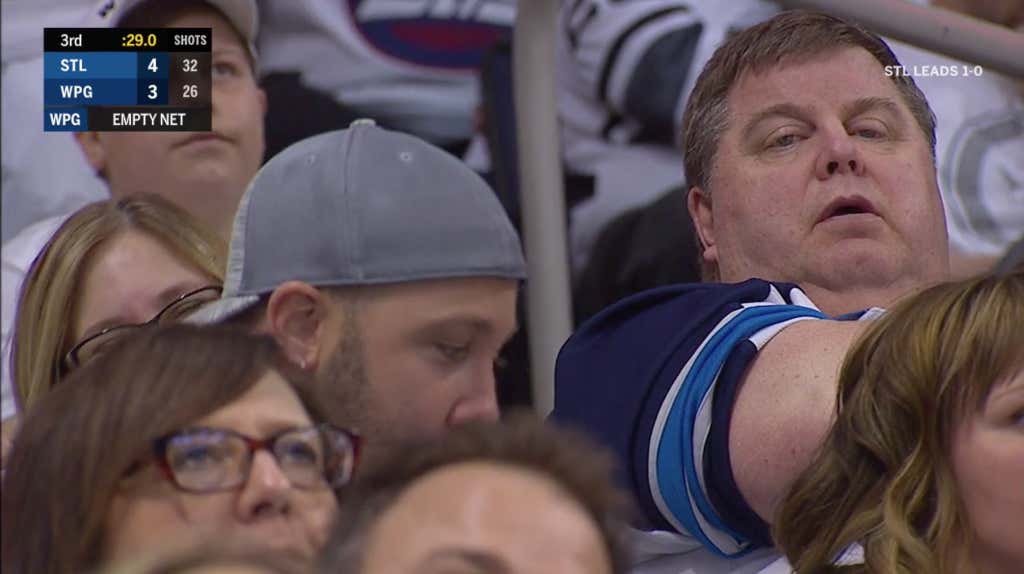 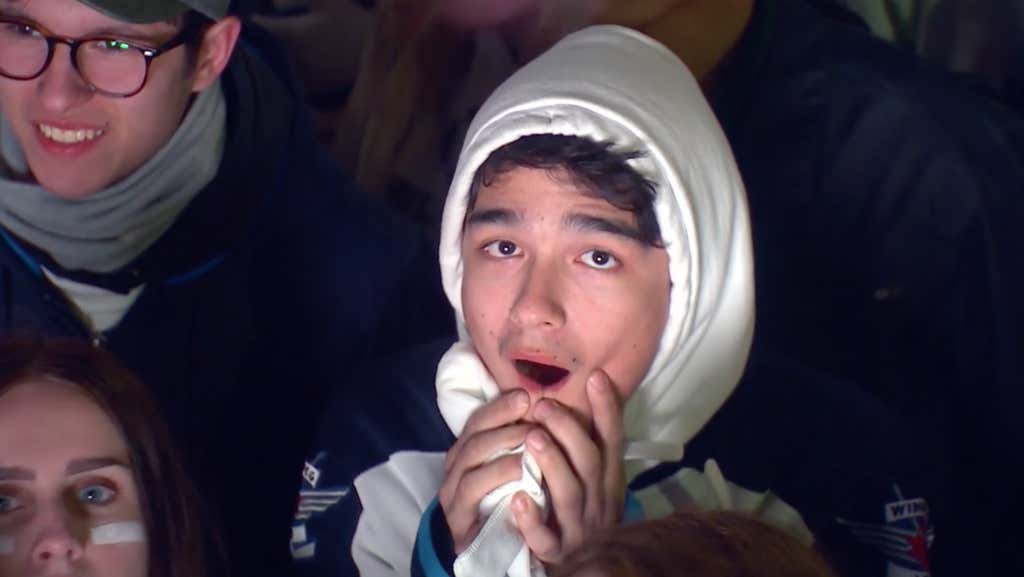 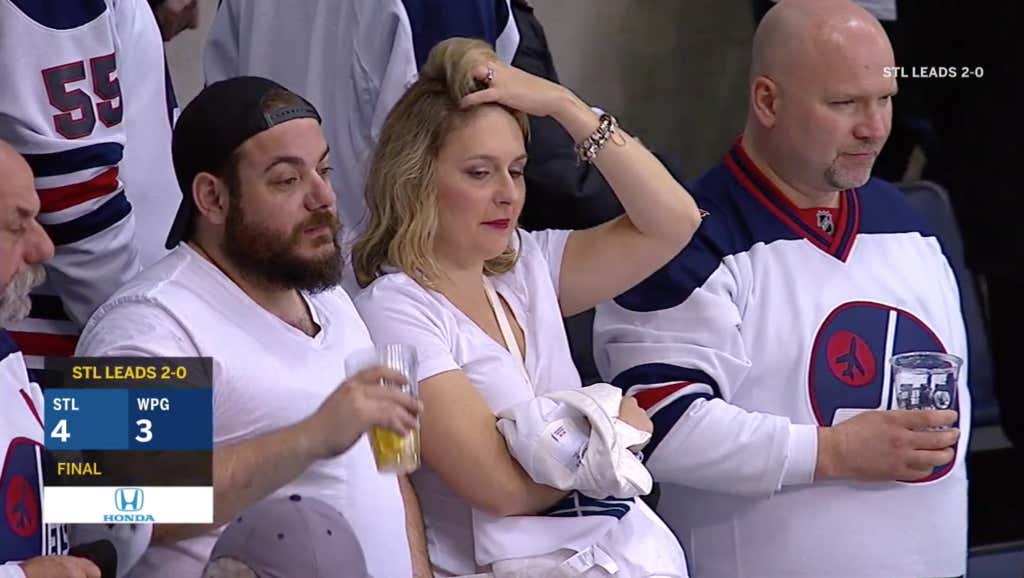 Does that look like a city that wants any part of the St. Louis Blues right now??? I’m not even talking shit, I’m saying objectively, those are some dejected faces. They might not even sell out if it goes back to Game 5 at this rate, who would want to willingly subject themselves to what these people are feeling? RIP Whiteout.

In other news, Craig Berube aka Chief continues to intimidate the entire Jets roster. There’ a fair chance he dummies someone in a heated scrum during these playoffs.

I think he could handle himself JUST FINE

Oskar Sundqvist has the soul of Brett Hull in him right now. He’s addicted to sniping and he just won’t stop. What an emergence its been for him this year. He reminds me of Backes somewhat and is not afraid of anyone. Just keeps ticking along and coming up in big spots. 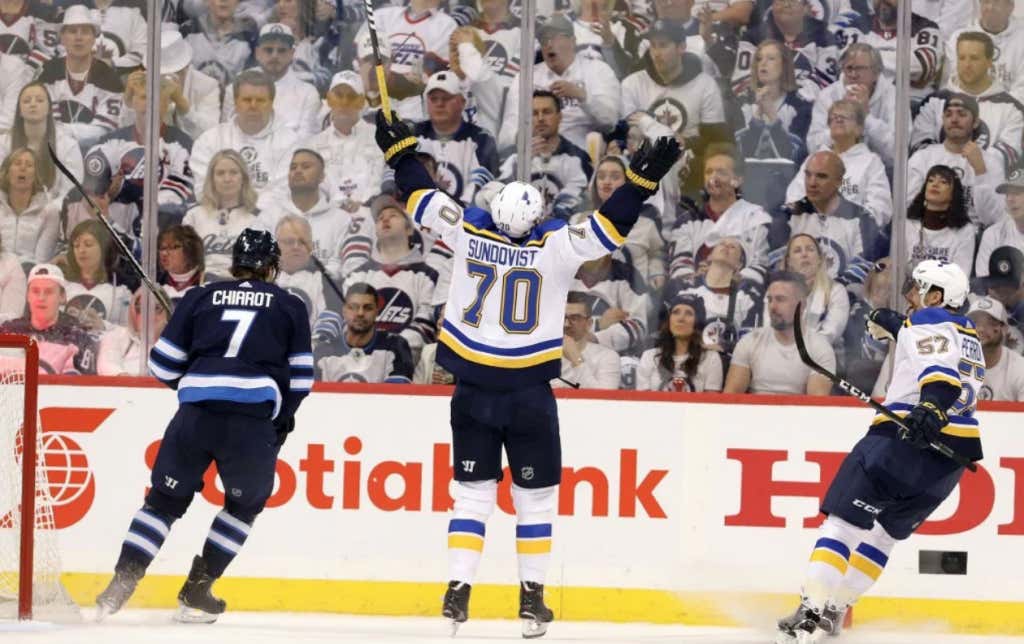 Who would have thought a 2 on 1 with Jay Bouwmeester and Oskar Sundqvist would be beating the Jets in the postseason?

Howabout Pat Maroon AGAIN? He has showed up so huge in these games.

The Oakville native just won’t be denied. Not only is he scoring and pasting people shift after shift, he’s gotten Patrik Laine to spend half of his time trying to think of chirps in his second language instead of trying to score.

O’Reilly’s game winning goal was SUCH a muffin, not that it matters, but how on EARTH is this the shot that decides a huge playoff game?

I have ZERO complaints about it but man that was a weird play. Now the series heads to Enterprise in the Lou where the Blues really have to win just 1 at home. No shit both would be great, but they have afforded themselves the opportunity to only really have to win 1 out of 2 games on home ice to put the series at a 3-1 stranglehold. The Jets will be playing like a team with their backs against the wall but as long as the 314 faithful don’t lay an egg like the “whiteout” we should be able to bring home a W on Sunday.

P.S. I think my chinchilla Boris might have received a 1 game suspension from the victory dance from Molly Bozak… I hope she’s not mad at me. We gotta have unity at times like this.