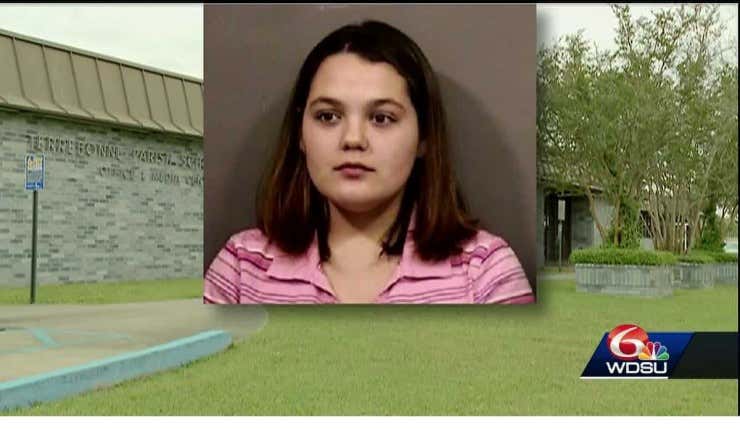 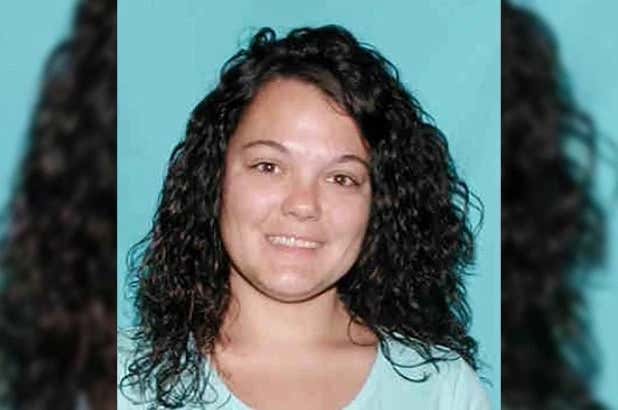 Louisiana – A former substitute teacher in Louisiana is avoiding jail time — and registering as a sex offender — by agreeing to plead guilty to misdemeanor sex crimes with three underage boys and sending lewd messages to a 12-year-old. …

Heidi Domangue Verrett, 34 … pleaded guilty to having sex with three boys, aged 15 and 16, over the course of two months at her home. This occurred while she was working as a teacher’s aide and substitute teacher in Terrebonne Parish.

Philip Martin, superintendent of Terrebonne Schools, said that the district would never hire anyone with Verret’s background.

Our justice system is not always perfect, but it does have its moments. And this would appear to be one. I mean, who says Louisiana is a fetid, gator-filled morass of lawlessness where the rules of civilization are permanently suspended? Sure, on “The Simpsons” they might have sung “If you want to visit Hell just take a trip/ To the Sodom & Gomorrah on the Mississipp.” But that doesn’t mean it’s accurate.

They have laws. And there they are in action. The courts of Terrabonne Parish have drawn the line, and any Sex Scandal Teacher who dares cross over it will pay the price. When you substitute teach in Terrabonne schools, you get to take three 15-16 year old students to your house and bang them. And you get one preteen to send sex messages to. And that’s it. That’s all you get unless you want to get into serious trouble. After that, it’s off to prison with you, Missy. And if you go over your limit, you can forget about teaching. But as long as you stick to the Rule of Three Plus Sexting One 12-Year-Old, they see no reason you can’t be back on the job in 24 months. And the Sex Offender Registry? Other states might force a young go-getter like Heidi Verrett to sign up and maybe even get fitted for an ankle bracelet. But down in the Bayou, they don’t much cotton to that crazy talk. So let’s toast a Hurricane to Miss Verrett for being born and raised in the right place. And for hiring the best Louisiana legal team since Costner in “JFK.”

The Grades:
Looks: That is a serious drop off from one picture to the next. How rare is it that a mugshot is better than a posed photo? But there you have it. In that top photo, dare I say it, she almost looks like a young, still-carrying-the-extra-winter-weight Katie Holmes. And in the second she’s like … Katy Mixon? “American Housewife” Katy Mixon. Definitely not “Eastbound and Down” Katy. Still … would.
Grade: B-

Moral Compass/Bad Judgment: Three different high school kids. In her home. Over the span of just two months. All as a substitute teacher. Working a day here and a day there, getting moved around to cover different classrooms. Plus a side gig of laying the groundwork for a future visitor to her sex palace. That is setting the bar high for full time SSTs across the land. Who by the way, might want to consider relocating to Terrebonne Parish.
Grade: A

Intangibles: Heidi Verrett: Keeping the “bone” in Terrebonne.
Grade: B+

Overall: B+. We’ll be looking out for her in two years. I bet she’ll come back like post-baseball Michael Jordan.