If you’re like me you’re probably wondering “what in the fuck is a kraken?” well…apparently it’s a giant squid 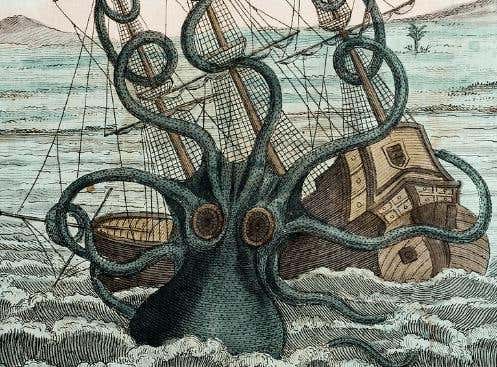 The kraken (/?kr??k?n/)[1] is a legendary cephalopod-like sea monster in Scandinavian folklore of giant size. According to the Norse sagas, the kraken dwells off the coasts of Norway and Greenland and terrorizes nearby sailors. Authors over the years have postulated that the legend may have originated from sightings of giant squids that may grow to 13–15 meters (40–50 feet) in length. The sheer size and fearsome appearance attributed to the kraken have made it a common ocean-dwelling monster in various fictional works. The kraken has been the focus of many superstitious sailors passing the North Atlantic and especially sailors from the Nordic countries due to their close proximity and its Scandinavian origin. Throughout the centuries the kraken has been a staple part of sailors’ superstitions and mythos being heavily linked to sailors ability of telling a tall tale.

Of all the names available in the universe, which is legitimately every single name except for the 31 currently in the NHL, and you end up with a Norwegian Squid myth? Who signed off on that idea? Think of all the sweet names that are still available. Seals, Sea Lions, Orcas, Otters, Steelheads, I mean literally anything is better than Kraken. What are people going to chant? “Let’s. Go. Krak?”. Very inappropriate. Crack ruins peoples lives 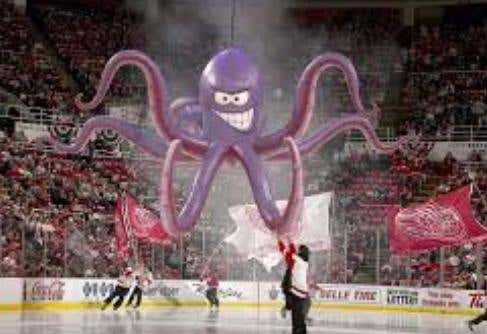 Someone needs to step in and veto this idea. You can’t get off on the wrong foot with a bad team name. Nobody wants to cheer for the Krak.