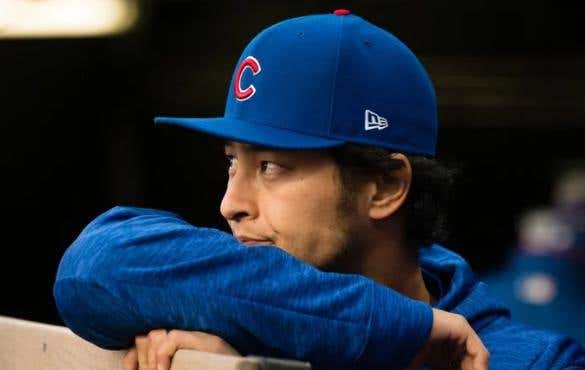 (Chicago Tribune)–Chicago Cubs starting pitcher Yu Darvish and his wife, Seiko, in late March were sued by a neighboring couple in Evanston for recently installing a solid wood cedar fence that blocks those neighbors’ views of Lake Michigan.

The litigation is the latest development in the Darvishes’ long-standing effort to gain privacy by enclosing the front and back yards of their mansion on Lake Michigan in Evanston. And it continues a saga that dates to shortly after Darvish and his wife paid $4.55 million in May 2018 for their six-bedroom, 5,400-square-foot lakefront home in Evanston.

The suit, filed by neighbors Craig and Alexis Eyler on March 29 in Cook County Circuit Court, contends that Yu and Seiko Darvish have violated an accord reached last year with the Eylers, who agreed not to object to the Darvishes’ proposal for a 6-foot-tall fence around their property, providing that the fence would be made of wrought iron. The Eylers allege that the Darvishes and their representatives used that initial approval and then subsequently and stealthily undertook a “bait and switch tactic” to gain permission from Evanston officials in October 2018 to install a solid cedar wood fence around much of the property, unbeknownst to the Eylers.

I’ve never been more jealous of anyone in my entire life. I would LOVE to sue Yu Darvish. I want to buy their house just so I can sue him. Yeah, sure, it’s about a fence, but in my head it’s about him being a complete and total bust here in Chicago. It’s about him costing us one of my favorite players ever in Jake Arrieta. It’s about him taking up payroll which could’ve gone towards Harper or bullpen help or fucking ANYTHING else because Darvish is such a waste. And you know what else…it’s about this fucking fence. This is an asshole move. These neighbors didn’t object to the fence so long as it didn’t block their view and in typical Yu fashion he is a shitty neighbor and blocks their view and lowers their property value subsequently. That is a dickhead move and he deserves to be sued for that and…everything else.