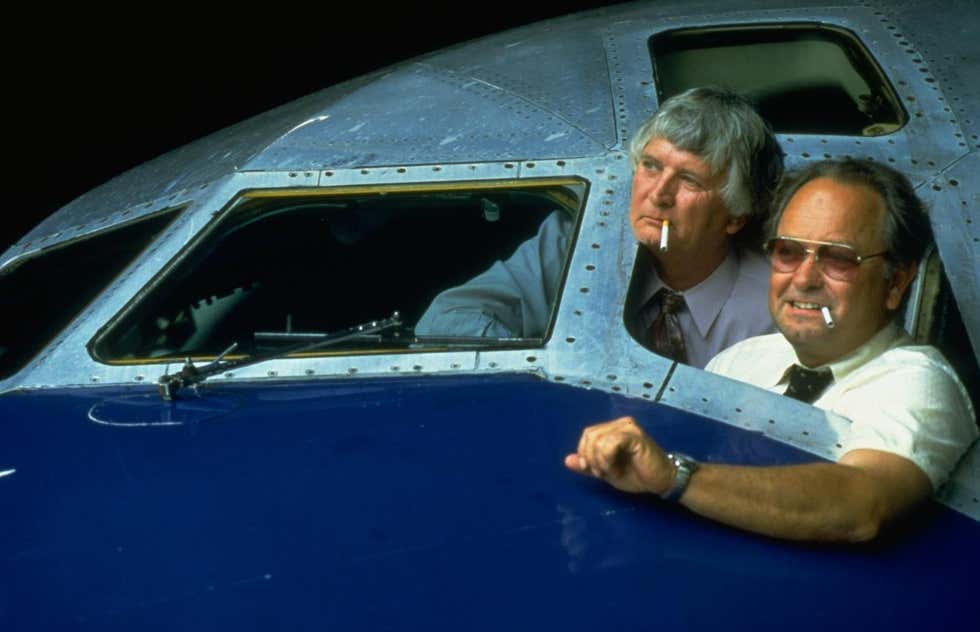 [CNN] -Passengers boarding Alaska Airlines’ red-eye flight 1138 in San Francisco were in for quite a surprise. Over halfway through the flight, they had to divert to Chicago.

One of their fellow passengers tried to break one of the cardinal rules of modern air travel: do not smoke on airplanes. Then the passenger refused to comply with flight crew instructions by trying to light up a cigarette — again.

Chicago Police say they were asked to meet the plane because of the cigarette-lighting passenger, who “was somewhat belligerent.”

There’s only one thing to do here. You have to fight this drunk person. That’s the only thing you can do when you’re diverted to an emergency landing because they won’t stop trying to light up some cigarettes.

I’m not even anti-cigarette. If you smoke, you smoke. What I am is anti-someone ruining my day. And if I’m on a cross-country red eye trip you better not do anything to fuck up my trip. Just me from point A to point B. That’s all I ask for in a flight. But for some reason people forget how to be people in the airport/on an airplane.

And this is up there for the worst type of person. Get drunk. Absolutely. That’s a move you should make before getting on a plane. But you need to be the proper amount of drunkness. That’s either enough to where you fall asleep the moment you buckle in and start to taxi or drunk enough to not care you’re strapped into a thing in the sky that makes no sense. What you shouldn’t be doing is be drunk enough that you can’t bother to wait to smoke a cigarette.

I will give this person some credit though. You really want to smoke a cigarette you do anything possible. Who cares if it’s diverting a plane? Who cares if you get told once. You can probably sneak it a second time. No one would ever think that one no will stop them. Just know that I’m ready to throw hands if you make that plane go down.