In today’s dystopian news: An elite primary school in Hangzhou, Zhejiang Province is making its students wear brainwave-reading headbands that can supposedly detect their attention levels in the classroom.

The devices are produced by BrainCo Inc., a Harvard University-backed startup based in Boston. According to a sponsored piece of content published on PRNewswire, the high-tech company is dedicated to developing Brain Machine Interface technology with a focus on big data and brain science. The students in Hangzhou were given the Focus 1, a flagship product of BrainCo, which detects and quantifies students’ attention levels. The headbands come with a portal called Focus EDU, which the company boasts as “the world’s first classroom portal for teachers to assess the effectiveness of their teaching methods in real time and make adjustments accordingly.”

As a kid in school I was paranoid about everything. There was nothing worse than getting called on randomly to see if I was paying attention. I could be paying the most attention humanly possible, my heart would still drop if I got called on without raising my hand. I would rather die actually. If you are a teacher who didn’t believe in kids raising their hands then I hope you spend your after-life in the bottom of hell with Satan. I hope a swarm of bees come daily to sting you and there’s nothing you can do about it. You people are the scum of the Earth.

Well now we’ve got Chinese students wearing scientific headbands that monitor if you are paying attention or not. At the end of class the teacher gets a report of who was and wasn’t paying attention. This shit looks like a computer game where people are racing. 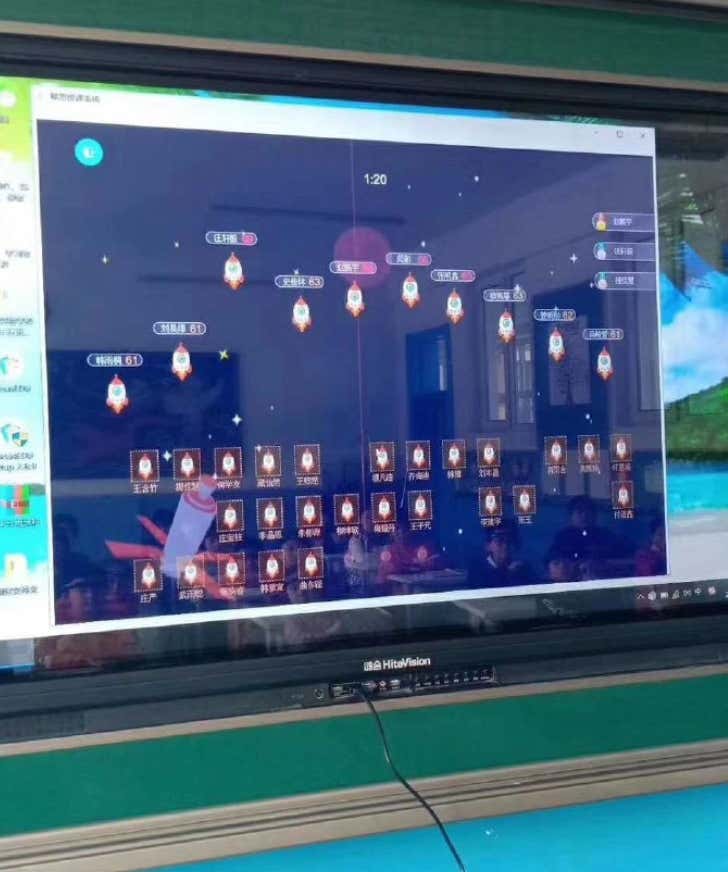 I could not think of a bigger nightmare if I tried and the only proper response I’d have would be to not go to class. I’d demand to be home-schooled for the rest of my life.  Think about how many times in school you were caught daydreaming, staring at the hot girl in class, texting, checking scores or all of the above. You never knew what was actually going on in class. Probably 13% of the words coming out of my teacher’s mouth I comprehended and could tell you after class what was said. The people in China are goddamn psychopaths. They’re treating their students like gerbils in a lab, which I guess sounds about right with the Chinese. Don’t bring this to America, don’t you dare.

And don’t try and tell me this isn’t some massive ploy to control people’s brains and create a massive army of kids to take over the world.