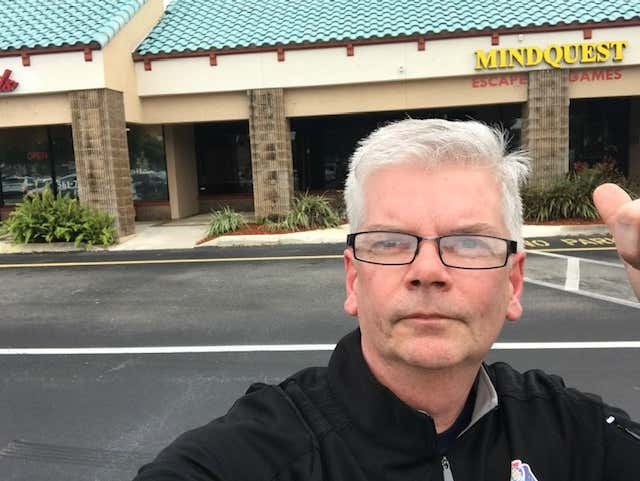 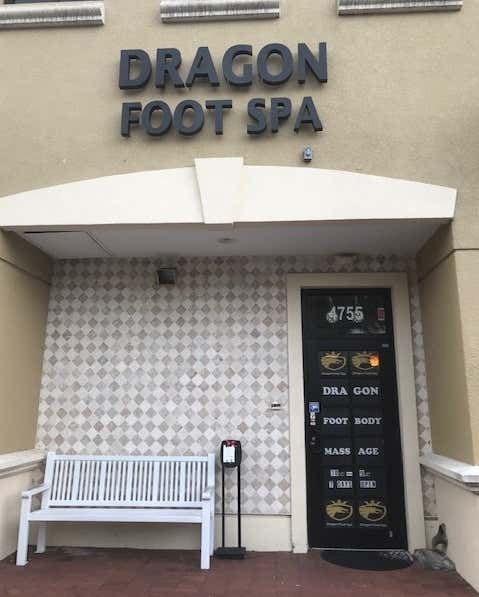 When I last reported to you from Jupiter, Florida, I was disappointed to find The Orchids of Asia Day Spa locked up and out of business. A forgotten shell of it’s recently glory. Like the haunted Rub & Tug palace where a million sperm went to die in a lost, very dark episode of “Scooby-Doo.” So undaunted, I did what any intrepid correspondent worth being sent out into the field would do. I kept searching for the story.

Specifically, I sought the next, closest Asian massage place. And in the Happy Ending Capital of the World, that was not hard to do. There were literally dozens to choose from in $15 Uber distance of Orchids. And this being the week “Game of Thrones” returns, I followed my gut instincts and tried Dragon Feet. Whether that name is meant to imply they’re Asian and do feet, or it refers to a dragon’s foot or it’s a play on words, like “Quit draggin’ your feet,” I did not ask. I just took a leap of faith. And found … information.

The more I dug, the more it became clear what a massive web of deceit and political scumbaggery Mr. Kraft walked into when he went for the Tug Heard ‘Round the World on the morning of the AFC championship game. With all the elements of sex, sleaze, greed, crooked politicians and South Florida cultural diversity you usually only find in a Carl Hiassen novel.

For starters, I was greeted by a really pleasant, clearly Caucasian woman who clearly sized me up from my translucent, sunless complexion that I was not from around there. So we established that she’s originally from New Jersey and I’m from New England. Then, unsolicited, she told me she loves the Yankees and Giants but also loves Bill Belichick and Tom Brady because how can you not with all the success they’ve had, while I told her the Giants have killed two pieces of my soul I’ll never get back and we were instafriends.

And without me telling her why I was in Jupiter she launched into a diatribe about how “The way Robert Kraft is getting treated is absolutely disgusting.” How notoriously corrupt the leaders of law enforcement are around there. And how they’ve not only tried to ruin his life over nothing, they’ve succeeded in destroying men who don’t have the money to fight back. Like the Scout Leader guy whose life is over now, his family humiliated forever. Not to mention what it’s done to the Spa industry. How they’re losing customers who think they’ll be on hidden cameras, even though theirs is a legitimate massage spa. Pouring me a glass of wine (nice touch) she said, “I don’t judge how grown women at these other places earn a living. But when people call looking for that I tell them we’re not that kind of business and …” And I’m not sure how she finished that sentence because I was out the door.

I kid. I wasn’t looking for that. I only have eyes for the Moon of My Life who’s waiting for me back home in Mass. This was strictly journalism. Besides, like I’ve said before, I don’t even like touching a public door handle, never mind being the last customer for someone who’s been whipping up more batches than a forest full of Keebler Elves.

That said, the massage itself was incredible. Professional. And non-sexual. The masseuse they assigned to me had the face of a Manga character and the demeanor and soft, reassuring whisper of an ASMR. They play gentle, barely audible music, everything from New Age Phillip Glass to “Eine Kleine Nacht Musik” by Mozart. It’s therapeutic and very much what the doctor ordered.

But about halfway through, a couple of things occurred to me. One, is that I’d never want members of the Broward County Sheriff’s Department – or any cop for that matter – sitting back in his office watching an hour of this. Any more than I want, say, the fellas back at the Registry of Motor Vehicles watching my last colonoscopy. That is a grotesque invasion of privacy. And I don’t give a Tuppenny fuck how interested they are in how “happy” the “ending” actually is. There is intense physical contact going on in those rooms.

Another thing is, while I said “non-sexual” and meant it, this is about as close as you can come without actual … you know … come. I haven’t had that much intimacy with another human being since I was in utero. (Though this actually felt warmer, happier and more comforting.) She was like a mix of Joe Biden and Trump (bipartisan joke!). To watch someone go a whole hour with another person all up in their funny business like with no holds barred and then call it a crime if there happens to be an orgasm at the end is like watching someone slowly polish off a half gallon of ice cream and then charge them with gluttony because they scooped out the last chocolate chip.

Not that I was in any danger. She had me so chill she could’ve harvested all my organs and I wouldn’t have complained. But my I mean, worrying about whether they pop at the end after all that is really splitting hairs.

But it gets votes in Florida apparently. At least it does according to the fine, courteous professionals at Dragon Foot. Who I realize now more than ever used some private citizens doing private things with other private citizens in private to pander for votes in one of the worst miscarriages of justice of our lifetimes.

And today, I’m going to the Sheriff’s Office to talk to him. I’ve got questions. Let’s see if he’s got answers.