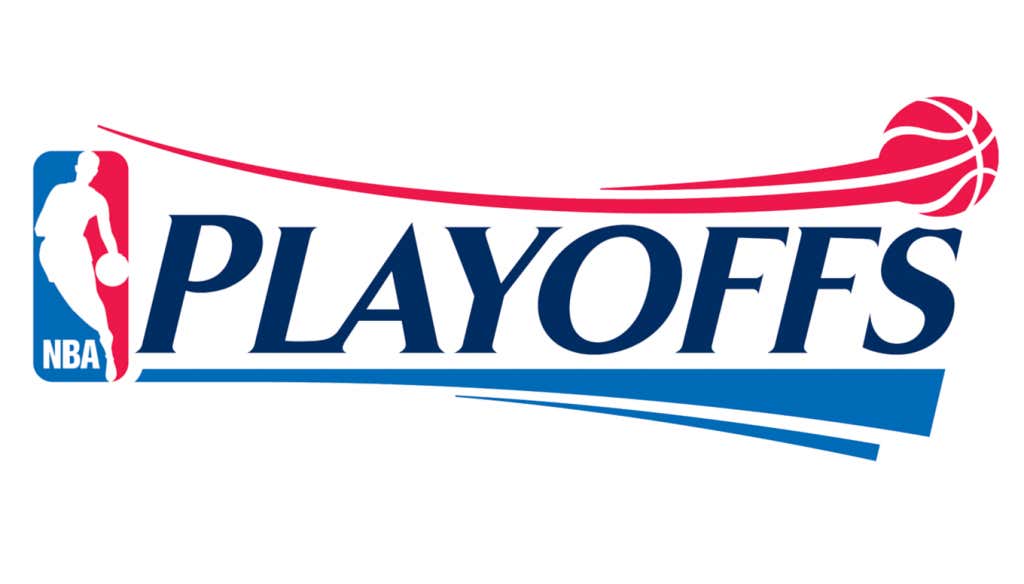 It’s only fitting that the 2018-19 season, one that has been crazy pretty much the entire way in terms of seeding, is setting up for a completely ridiculous final two days. Of the 16 playoff spots we enter today with 15 teams having clinched, but that’s really where the simplicity ends. We know some matchups for sure like the BOS/IND series, but other than that it’s a complete toss up which will make games 81 and 82 for pretty much everyone extremely important. Last year we had some drama with MIN traveling to DEN in a winner makes the playoffs showdown which was awesome, and while we don’t have that sort of drama this time around, just looking at all the different possible seeding outcomes is exhausting. The NBA put out these charts to try and make it easy 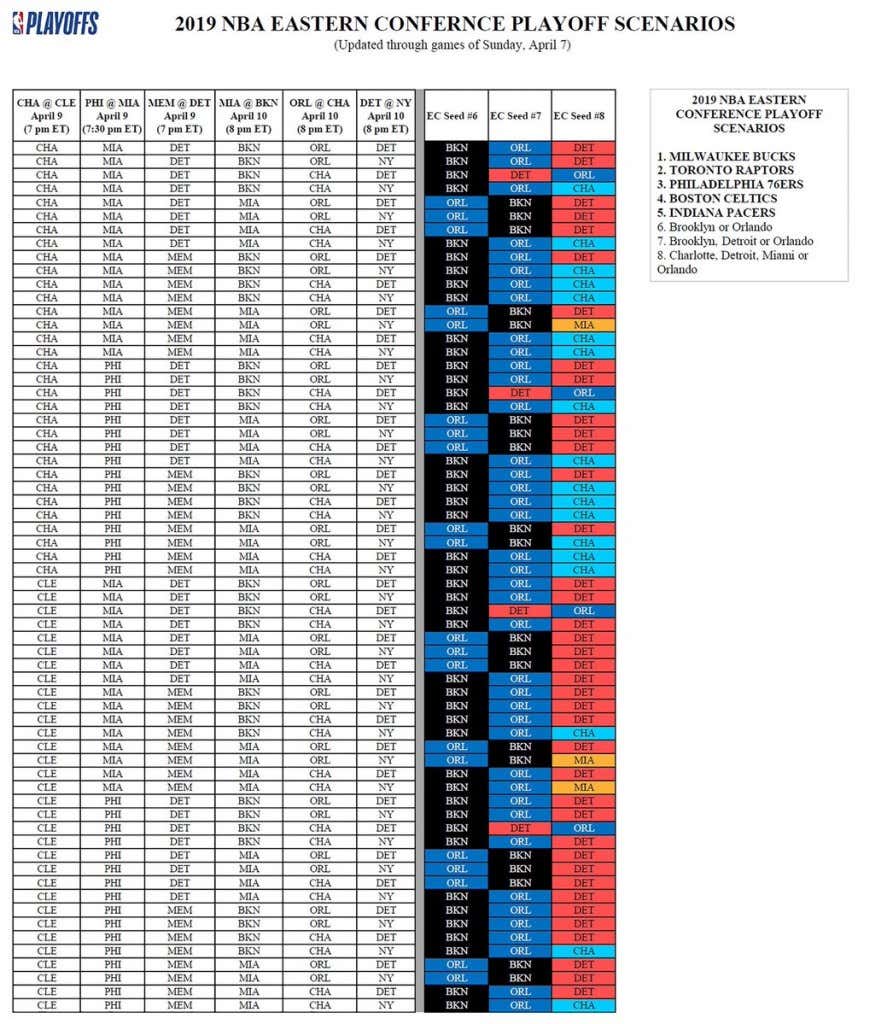 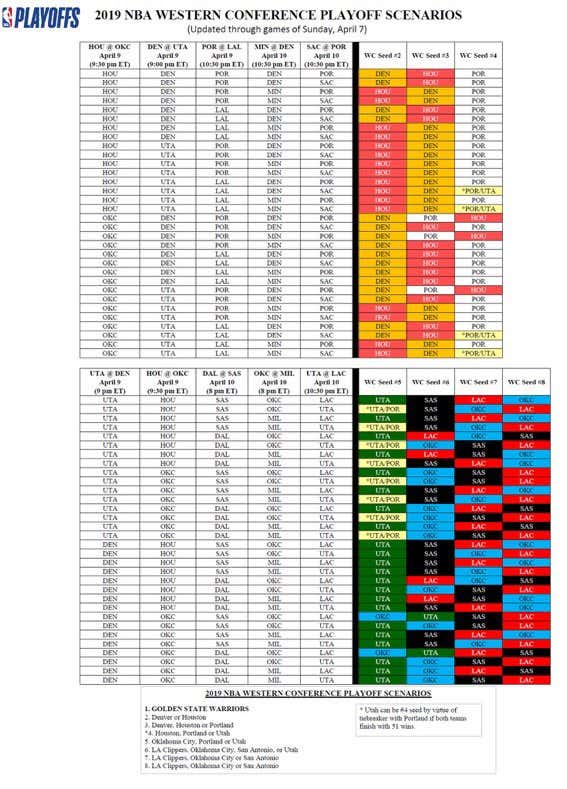 But this did nothing for my stupid brain. Way too many colors and shit and there’s a reason I’m a blogger. From what I gather, here’s whats at stake over these final two days.

– The 8th spot is still up for grabs and has three candidates vying for it: Pistons, Hornets, and Heat. Currently MIA and CHA trail DET by 1.0 games so obviously nothing is locked up. They finish with MEM/NYK, which is certainly favorable for them despite losing 4 straight. Where it gets tricky is they could even play their way into as high as the 7 seed, which would drop ORL to the 8th. The Magic also have the possibility to climb as high as the 6 seed as well. Confused yet? We’re just getting started.

– As the current 6 seed, the Nets currently own the tiebreaker over the Pistons and the Magic, but trail MIA 2-1 with 1 game to play. If they do tie with MIA, BKN still has the better conference record so that gives them the upper hand there.

– The Pistons don’t own the tie breaker over the Nets and Hornets, but do have it over the Magic and Heat. Given their battle with the Hornets/Heat, that’s pretty important.

– The Heat need help. Not only do they need to win out, but they need the Pistons to also drop those two games against MEM/NYK since they Heat do not own the tiebreaker over DET. I cannot imagine that happens and it’s looking like Wade will not have a farewell playoff run.

– Unlike the East where the first 5 seeds are set, the West is a complete shit show for everyone not named the Warriors. This entire conference has been tight pretty much since opening night so it’s only fitting this is how things shake out. Here’s what we’re working with

– If you’re the Nuggets, you’re feeling the heat from HOU. Just 1 game up and without the tie breaker over the Rockets, the Nuggets basically have to win out to keep their 2 seed if they don’t want to rely on any help. Their finish of UTA/MIN isn’t exactly the easiest, and we could very well for the second year in a row have a DEN/MIN final game of the year with some sort of playoff implication on the line. If I’m DEN, and you end up falling to 3, you have to pray OKC stays in 6 given they’re 4-0 against them this year.

– The Rockets are clenching their butts just as hard though. You see the Blazers are right on their tails for the 3 seed, sitting just 1.5 games back and they own the tiebreaker over HOU. Basically if they win, the 3 seed is theirs. If DEN loses one of their final two, the 2 seed is theirs. If they lose to the Thunder in their final game, they could drop to 4. You have to wonder if where they end up will have any sort of impact on Harden’s MVP. In my opinion there’s a big difference from finishing 2nd in the conference and 4th.

– You think the Blazers can relax? Ha! We discussed their possibility of climbing, but what about the other direction? Well, they lost the tie breaker to UTA, and own a 2 game lead over the Jazz for the 4 spot. If they somehow lose their final two against LAL/SAC, and UTA wins their final two, they swap places. Given this race has homecourt at stake, the Blazers could see themselves go from 3 to starting a series on the road in a tough place to play. That’s a hell of a swing.

– Once you get to the 5 seed, this is where things get even crazier. We just went over how the Jazz could climb, but here’s how they stack up against everyone else. They currently own the tiebreaker over SA/LAC/POR, don’t have it against OKC, and are trailing against HOU. This means they don’t have to worry about getting passed by LAC who sits 2.5 back, but they do have to worry about OKC who sits 2 games back and owns the tiebreaker. Given they’re on a 3 game winning streak, this is not insignificant.

– Can the Thunder pull it off? Well their last two games are HOU/MIL. That’s brutal. They currently lead SA/LAC by 0.5 games and do not own the tiebreaker against the Spurs. The good news is they do have the tiebreaker over the Clippers, and you have to think MIL will be resting everyone in their final game of the year. Basically win out, and they lock themselves into the 6 spot.

– The Spurs may be in 7th now, but there’s a good chance they can move up to at least the 6th spot. They own the tiebreaker over both LAC/OKC, and if OKC doesn’t win out and SA wins their final game DAL they move up. There could be a situation where SA misses both GS/HOU in the first round which I would bet is their goal, and for a team that just won’t die they actually aren’t in a bad spot.

– If the Clippers want to get out of the 8th seed, they are going to need help. That seems weird because they’re so close to both OKC and SA, but they don’t own the tiebreaker over either of them. They also don’t own the tiebreaker over the Jazz. If they want to avoid GS, they are going to need someone ahead of them to lose while also winning their own final game of the season against UTA.

Did everyone catch all that? I went through and typed it all out and I’m still not sure it even all makes sense to me. Here’s what I do know, the final two days are going to be bananas. Teams that may want to rest probably can’t because if they do and lose they get boned in terms of their playoff seeding. All I know is every single game tonight and tomorrow is going to be must watch because timing is going to be everything. If one team sees someone loses before they tip off, how does that impact their rotations? Who is going to hit some crazy game winner to help leapfrog another team and change around the seeding? If this regular season has taught us everything it’s to be prepared for a ridiculous turn of events, and there is so much on the table we’re guaranteed to get some drama

To think this is just the appetizer for what is going to be an absolute slugfest playoff run in both conferences, I cannot fucking wait.